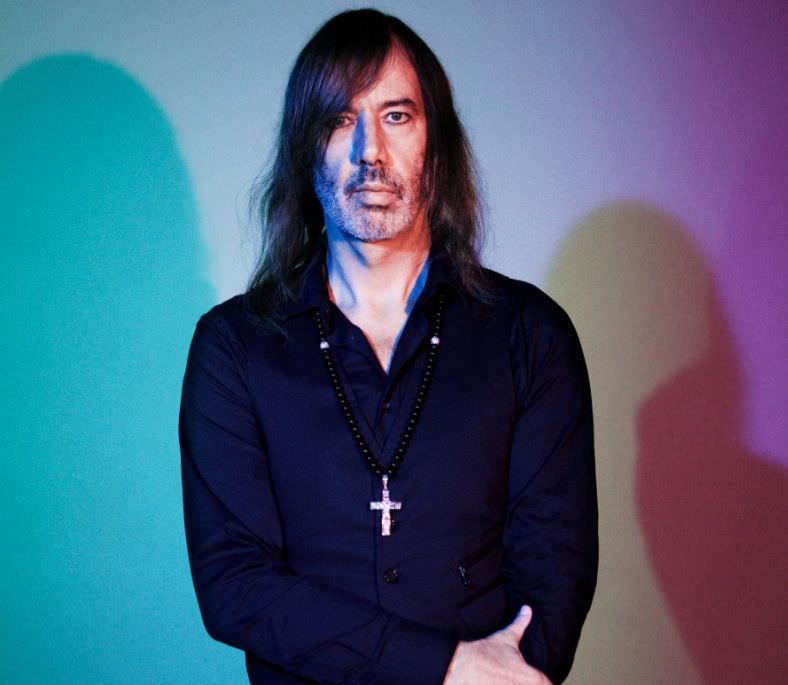 Jozef van Wissem’s score for Jim Jarmusch’s Only Lovers Left Alive is one of the reasons you walk out of that film in a kind of satiated trance. From the very beginning of the film to the last scene, music is a huge component of the story, and Wissem’s a huge reason it all works so well. Tom Hiddleston’s character, Adam, is a musician as well as a vampire. This is an important distinction—his bloodlust is second to his love for music. His ramshackle house in an abandoned section of Detroit is essentially a museum of musical equipment as well as a recording studio. At one point in the movie, Adam is driving through Detroit with his centuries-long lover, Eve, played by the exquisite Tilda Swinton, and stops in front of the house Jack White grew up in. 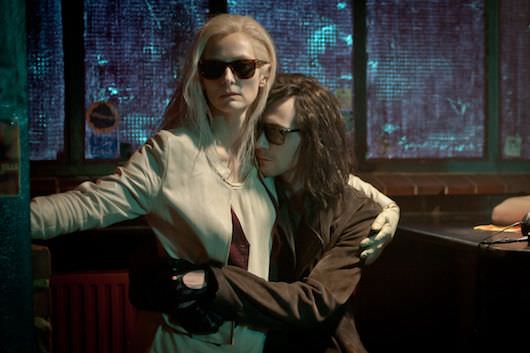 In fact, in Jarmusch’s film our vampires enjoy earthly delights—music, lovemaking, reading—more than they do anything else. Sure, they enjoy imbibing blood, but it's not for the thrill of the hunt. In Lovers, blood acts more like a drug that puts them into slow, happy, addled state. They’ve devised non-violent ways to procure their blood and live, more or less, steeped in the vast amounts of culture they have experienced and absorbed over their long lives—Adam is a lute player, a vampire who whispered scores into the ears of legendary composers who then claimed his work as their own. Eve can read a book in about minute (watching her speed-read is one of the many little delights in the film), and loves Shakespeare, among other literary giants. When she backs her bag to fly from Tangiers to Detroit, it's nothing but books. But from start to finish, this is a film that feeds off music.

Wissem is minimalist composer and a lute player. This is why Adam is a lute player, and if you notice a resemblance between Wissem and Hiddleston’s character, that’s not an accident. At this past Cannes Film Festival, Wissem took home the Soundtrack Award for his Only Lovers Left Alive. He's almost always on the road playing music (he was headed to Europe a few hours after I spoke with him), and his applied his musical talents to a variety of intriguing projects. London’s National Gallery had him compose a piece to accompany Hans Holbein’s painting “The Ambassadors.” He’s scored the video game The Sims Medieval, he’s released several solo albums, as well as three albums with his longtime collaborator, Jarmusch, including working together to create the indelible soundtrack for this upcoming release.

Wissem explains how he helped craft such a moody and lovely score. The soundtrack includes Wissem's expert lute playing and his minimalist work with rock from Black Rebel Motorcycle Club, rockabilly from Wanda Jackson and Charlie Feathers, and classical music from Itzhak Perlman. It all gels together in one fluid, fantastic score.

The Credits: Let’s talk about your process working on Only Lovers Left Alive.

Wissem: Jim had this idea for this film for longer than five years, so we’d been talking about it a lot. He wanted this vampire who played the lute. When I met Jim, my first question was if he was interested in the lute, and he said yes. We bonded on this street in Soho. I explained a lot to him about the history of some composers and he sort translated this information into this movie, and he asked me to do this soundtrack.

And so you started writing the score before filming even began?

Yeah, I started writing some pieces last summer, without thinking about the film. I hadn’t seen anything yet, so I just wrote a group of pieces that I thought would fit well together, and I gave those to Jim. Most of them ended up in the film. Then we went into the studio and added drums and guitar. Because this film is partly about a musician, there’s a lot of diverse music in in. I taught Tom Hiddleston how to play the lute in Germany, and then in Cannes at the after party, he said that he partly based his character on me (Laughs).

So you wrote eight songs before you ever saw the film.

Yeah, it’s not like I composed the pieces having seen any images at all. Jim first had the music, and then later he made the film. The tone of the film was set with these musical pieces.

What were you thinking when you sat down to do the musical work? Did you have a direction in mind?

I have times that I’m really productive, and when I sit down and really concentrate I find these melodies that are just floating around. I just have to open myself up. It’s a bit like channeling. When that happens, usually a group of pieces will come out that will become an album or something. It comes when I’m in a certain mood, my albums and scores are kind of like a documentary of a certain time for me.

Jim's also a musician, you guys have played a lot together. Did the two of you pass music back and forth for this score?

Jim had been working to get this done for a long time, but when it was done it moved really fast. First I wrote the pieces, then I gave them to Jim, then we added stuff, and then he added stuff with his band Squirrel, we went for a balance between these really stark pieces and then the rock side, too, which I also played with Squirrel. I think the tone of the film was set from these pieces, most of them ended up in the film in either total form or in combination with other instruments.

Was any music added after you saw the film?

I added a few pieces. One is really nice and I’m really proud of it, it's a for a scene with Marlowe, played by John Hurt, who’s supposedly Shakespeare. And Shakespeare talks about this one piece in Much Ado About Nothing that’s called “Sick, Sick and Very Sick,” so I put that in there, this Elizabethan piece from the 1600s, and John Hurt thanked me for putting that in the film. The piece at the end that’s in the car when they drive through Detroit is this classical prelude I played backwards, so it became a palindrome, which is what I used to do, work in these mirror images when I composed. And then I sang a pseudo Gregorian chant and then sent it to Zola Jesus for her to sing over my piece. I tried a lot of different things.

Tell us a bit about your collaboration with Jim Jarmusch? You guys seem like long lost brothers.

To me it’s a very natural thing, we’re from the same generation, he’s a little bit older than I am, but we both come from new wave in the eighties. We have a lot of the same interests, too.  To me he’s just a friend that happens to have the same interests, so it’s not so hard to work together and write something when we rehearse. In the beginning, we’d just send each other stuff and then add to it. I’d send him a new piece and he’d add a bar and we’d go back and forth. And then later we go into his studio and we wrote together. We also play live together. I think for him, it’s also nice to be out of the film thing and be creative in a different way, without having to tell all these people what to do, to have to direct people. With music he can actually just be creative and not have to think about the whole process too much.

Is it a different process you undertake for each project? Or do you have a process in place?

I just let it come. I think to me it’s more about mood. If you look at images and put music under them it’s a whole different thing. I also just scored the Sims Medieval video game, and it was sort of the same process.  I like to work on a group of pieces that fit together. I also worked on this film with George Manatos called Red Right Return with Leo Fitzpatrick. He showed me the film and then I went out and wrote from a mood and I gave him this group of pieces so he could choose which ones he liked. To me the pieces were not very different, it’s almost like a classical suite—every piece is a variation on a theme. That’s why I like to write for film.

How many instruments did you yourself play for Only Lovers Left Alive?

I played electric guitar, the twelve string, the lute, and Jim does the feedback stuff. I sometimes do feedback on the twelve string. The songs that were put in were Jim’s decisions, like the first song, he did this cover of “Funnel of Love” with the band SQÜRL.

Do you have any contemporaries you really admire?

How did you feel when you finally saw the film?

I think it worked well. I like how Jim repeats the pieces, I wrote this one piece, which was the theme when they meet for the first time, and that theme comes back a few times. It was the first piece I wrote for this film, and it’s a stark melody and it turns, and I like how Jim does that in his films, the way a song comes back. The music almost has it’s own storyline.