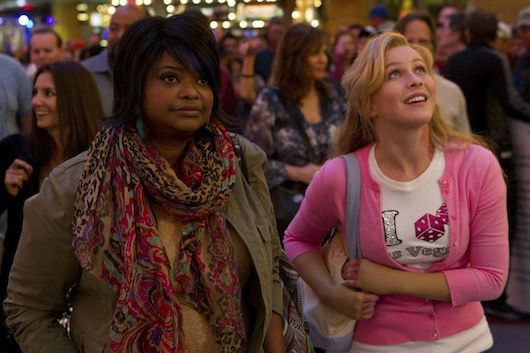 Diablo Cody is still probably best known for her freshman outing as a screenwriter with Juno, back in 2007. After all, the smart, offbeat comedy-drama about a pregnant teenager earned the Illinois-born-and-bred scribe a flurry of ovations for her original screenplay, including an Oscar, a BAFTA and honors from the Writers Guild of America. But come October 18, Cody, who has since penned and produced Jennifer’s Body, Young Adult and Showtime’s United States of Tara, among other projects, will make a name for herself as director. Her debut, which she also wrote and produced, and which stars Julianne Hough, Russell Brand and Octavia Spencer, is called Paradise. It centers on a young fundamentalist woman overcoming both physical and spiritual trauma after suffering a horrific accident. The Credits spoke with Cody about her decision to direct, her first day on set and why she’s thrilled about the film’s pre-release on DirecTV VOD. 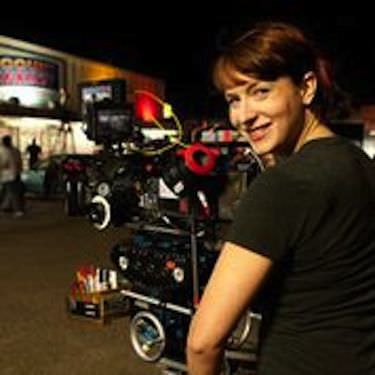 The Credits: Did you write Paradise knowing you’d direct it, or did you write it and then decide to direct? And had this story been simmering for a while?

Cody: It actually had been simmering. Sometimes I get an idea and just sit down and write it. In this case, I had been discussing it for a while with friends, just kind of mulling it over, and then thought ‘I like this girl and I think this is a story I want to tell.’ So I wrote the script, but it never occurred to me to direct it, because I had really good luck collaborating with directors. But then when I finished, I just had this feeling that it was time to try directing.

Where did you shoot and how long was the process, from pre-production through post?

It was a long process and new to me as a director. It was only a 26-day shoot, but it required a lot of prep. We shot all the interiors in Louisiana and had about 12 weeks of pre-production there. Then we shot in New Orleans for three weeks and then went to Las Vegas and shot the exteriors in two weeks. I had to move to New Orleans and brought my 1-year-old son and mom with me, and I was pregnant!

Post was fascinating because I had the baby in the middle of it, which is a pretty major interruption. I had always promised the people involved in financing that I’d finish the film before I had the baby. My due date was the deadline for me, but I didn’t make it [laughs]. After I had the baby, we wound up taking a month off from postproduction so that I could parent, then I came back and we finished.

How did your crew come together? Were there other first-timers?

I wanted a really experienced crew around me my first time out. So my DP, [for example], was Tim Suhrstedt, who’s done so many movies. I was so relieved to have him there, because he was so incredibly patient and had worked with first timers before, and he was really kind and helpful and brilliant at his job. Everyone on the set was a seasoned pro.

So, by what day of shooting did you think, ‘Yeah, this is going okay’?

I felt that by the end of the first week. It’s not that I wasn’t scared anymore, but I remember having a dream that I was on a rollercoaster and it was very smooth. When I woke up, I realized I was dreaming about the movie, that it was a scary ride but we were still on the track. Obviously, there were some rocky points. It’s hard to shoot a movie. It’s a real journey.

Any directors’ styles that you emulated? Maybe Jason Reitman?

I wish! I’d love to be Jason Reitman, I ‘d love to be Alexander Payne, I’d love to be Sofia Coppola. Frankly, I don’t think I have the raw talent to emulate any of them [laughs]. I just had to work on being the best Diablo Cody I could be. I don’t have a formal knowledge of film. I never went to film school. I didn’t cut my teeth on a short or a commercial or a video. This was literally the first thing I ever directed, so I was really a novice and learning the fundamentals every day.

I read that you’re not tied to your scripted words. How did that factor into your directing?

I’m always taking suggestions and I really like to collaborate with people. The way I see it, other people are helping you create something better, so you should take advantage of that. I had to say to myself that Russell’s idea was funnier than what was on the page, or that if Julianne thinks she should unbutton her shirt and show her scars in a scene, we should try it. You know, there are a couple of adlibs in Juno that are really memorable that people still quote, and I’m like, how lucky am I that I get to take credit for those amazing jokes [laughs]! I see it as plus.

What was your biggest challenge with this project?

Balancing being a mother while directing. It was a daily challenge, because I was really committed to not checking out of my parental responsibilities. I feel like I really put myself through a lot, through something I personally have never seen a male director put himself through. I learned it’s not possible to be a great mom and a great director. It was the hardest thing I’ve ever done and just about broke me.

The distribution for this film began with a DirecTV VOD debut in August. How do you feel about this prior to theatrical release?

I think it’s cool. It’s really hard to do a wide theatrical release with a movie like this, and I’m very relieved that we’re not doing a huge traditional rollout. We’re doing this sort of multilayered experiment instead, and I think it’s going to work out better for us.