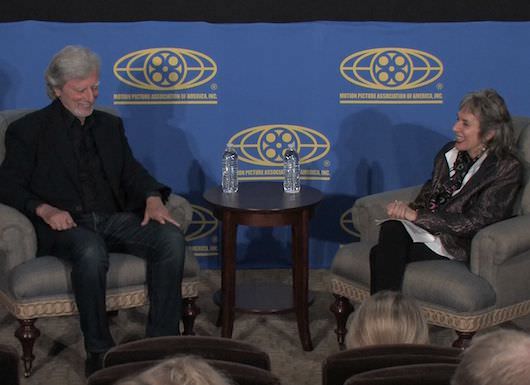 “There’s a demon that lives in the air. They say that whoever challenged him would die.” –Levon Helm’s narration at the beginning of The Right Stuff.

Test pilots attempting to break the sound barrier at Muroc Army Air Field in California, where that demon lived, often died. It’s at Muroc where Philip Kaufman’s seminal film begins. Chuck Yeager (Sam Shepard) has been given the opportunity to try and break the sound barrier in the X-1, a supersonic prototype built by the Bell Aircraft Company in a joint project between the National Advisory Committee for Aeronautics, the Army and the Air Force.

With broken ribs from an accident on a horse, Yeager becomes the first man to vanquish the demon and break the sound barrier. Kaufman’s film, based on Tom Wolfe’s book of the same name, follows the research that was done at Edwards Air Force Base, and the seven pilots, from different branches of the military, who were selected to be astronauts for Project Mercury, America’s first attempt at a manned spaceflight.

In his review Roger Ebert wrote that The Right Stuff was an “adventure film, a special effects film, a social commentary and a satire.” It was also, in Kaufman’s words, a western, with Shepard’s Yeager in the Gary Cooper role. Straddling several genres and requiring jury-rigged special effects and five years of planning, Kaufman’s film is now considered one of the greatest space films of all time, in a class with Stanley Kubrick’s 2001, George Lucas’s Star Wars, and the newest addition, Alfonso Cuaron’s Gravity.

The Motion Picture Association of America celebrated the 30th Anniversary of Kaufman’s achievement, screening the film (with astronaut Mark Kelly, among others, in attendance), and hosting a Q&A with moderator Annette Insdorf, author of “Philip Kaufman” and the director of undergraduate film studies at Columbia University after. We’ve edited the Q&A for you here.