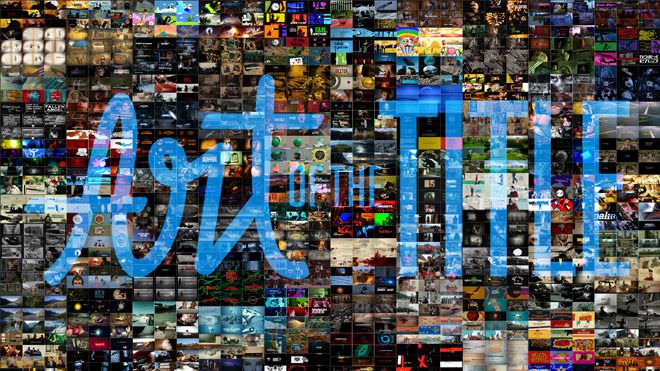 Talking Title Sequences With Creator of ‘Art of the Title’

Art of the Title is the most comprehensive online resource of title sequence design you’ll find.

Ian Albinson’s our kind of movie lover—appreciating all the work that goes into the film experience, not just the bold face names.

“From the tense closeups of Kim Novak’s face in 1958’s Vertigo to the singing ruby lips of The Rocky Horror Picture Show in 1975; from the graceful, three-and-a-half minute crane shot in 1958’s Touch of Evil to the playful, referential intro to The Player in 1992; and from the shadow and substance of The Twilight Zone in 1959 to the intricate cartography of the 2011 TV adaptation of Game of Thrones, title sequences have prepared, captivated, thrilled, and inspired us,” he explains on his site.

We spoke with Albinson about what drives his love for the title sequence, what are some of his favorites, and more.

The Credits: Could you tell me how this all came to be and what inspired you?

Albinson: Well I was surrounded by design growing up — my grandfather was an industrial designer who for worked for Charles and Ray Eames, and my father is an architect and furniture designer. I majored in graphic design and then film and television in college, and that really began my appreciation for title sequence work. I now run a motion design studio in Vermont with my wife.

I began collecting title sequences, just for design reference, when DVD was introduced, and then with the advent of inexpensive web hosting I was able to put them online at a fairly decently quality for other people to enjoy. In April of 2008 I invited my friend Alexander Ulloa to write for the site, which he did until June 2011. During that very involved and obsessive period the site found its voice, and began to get noticed by designers, filmmakers and the public.

You may be surprised to learn that our current core staff is comprised of only three editors: myself, Lola Landekic, and Will Perkins. We also have an array of wonderful contributors who kindly volunteer their time and talent to help us create content.

Nevertheless, the site remains very much a labor of love to this day.

What are some of your favorite title sequences and why?

Kyle Cooper's work for The Island of Dr. Moreau (1986) was the one that really got me interested in doing the site. It just begged to be watched and scrutinized frame by frame. To Kill a Mockingbird (1962) is of course a classic. Alien (1979) and Superman (1978) by R/Greenberg Associates are two more stand out pieces for me.

Title sequences are your gateway into the film, where you start, and that first section immediately sets the tone. In Pablo Ferro’s sequence for Bullitt (1968), he uses type as a transitional element into new scenes. Enter the Void (2009) is a fairly new sequence, but seeing that for the first time was kind of amazing. It has this very simple concept using different type styles, but with that music track and the ferocity of how it was edited – it’s just incredible.

Even though on Art of the Title we sort of separate the sequence from the film, I think the most important thing is that it has to work with the film. It’s not meant to be something you appreciate separately (though you often can.) It has to be in the context of the film and I think you have to feel invested. Hopefully the sequence will give you enough, and be able to set you up for what's to come. It shouldn't take you out of it, or take you off in another direction, or lead you astray.

The title sequence designer is trying to help the film tell its story, then?

I think in most cases, yes. Sometimes it's telling backstory like The Incredible Hulk (2009), or maybe the director wants a particular mood or feeling as with The Girl with the Dragon Tattoo (2011). You also have situations where a film might need a little help story-wise when it's in post-production and a title sequence can sometimes fix that.

There are directors, like Jason Reitman for example, who begin work with designers early on. For Juno (2007) and Up in the Air (2009), he already had a relationship with title designers Gareth Smith and Jenny Lee, and was able to give them the script so they could start thinking about the sequence even before he began shooting. That’s a unique situation though. Most of the time you’re coming in at the middle or you’re coming in at the end, which can be frustrating for a designer.

Is there any historical moment where title design changed and became an artistic medium in it’s own right?

Saul Bass probably had the greatest influence in the late 50’s and early 60’s. Before that, you had very few examples of 'story-based' title sequence work.

Initially, at the beginning of theatrical films, there were simple title cards presenting information about the studio, the director and crew, and stars of the film, as well as inter-titles (for silent film) that you’d use for character dialogue and scene description. A lot of that was simple, yet beautiful, type work, hand-painted on glass and photographed in a studio. As film making progressed you start to see more creative uses of typography and graphic design in titles with new compositing techniques using unique backdrops or actual footage from the film.

When Saul Bass started working with film directors, he brought with him his graphic design sensibilities and started thinking of the title sequence as a unique piece. It was still connected with the film, but was also able to divulge information in a new way.

I imagine that filmgoers started to expect that Bass-treatment.

Bass was a filmmaker too. He storyboarded sequences for Psycho (1960), like the shower scene, and for Spartacus (1960) he worked with Stanley Kubrick on designing battle scenes as well as the opening titles. In Grand Prix (1966) he's credited as a 'visual consultant', something I'd really like to see directors and designers embrace again today.

What about films that just start immediately? No title sequences at all.

That's fine by me, whatever it takes to tell the story.

What’s interesting about doing the site for six years now, is that it’s still as fresh and as exciting as ever. There’s a whole back catalog of sequences that the editors and I haven’t even covered yet just because it takes so much time, and then any new film that comes out is another opportunity to use a title sequence.

It’s fun to know that some directors always use main title sequences, other directors may not use title sequences at all, and then there will be some who mix it up, every film might be different. It's always exciting to check out new films and see something unique.