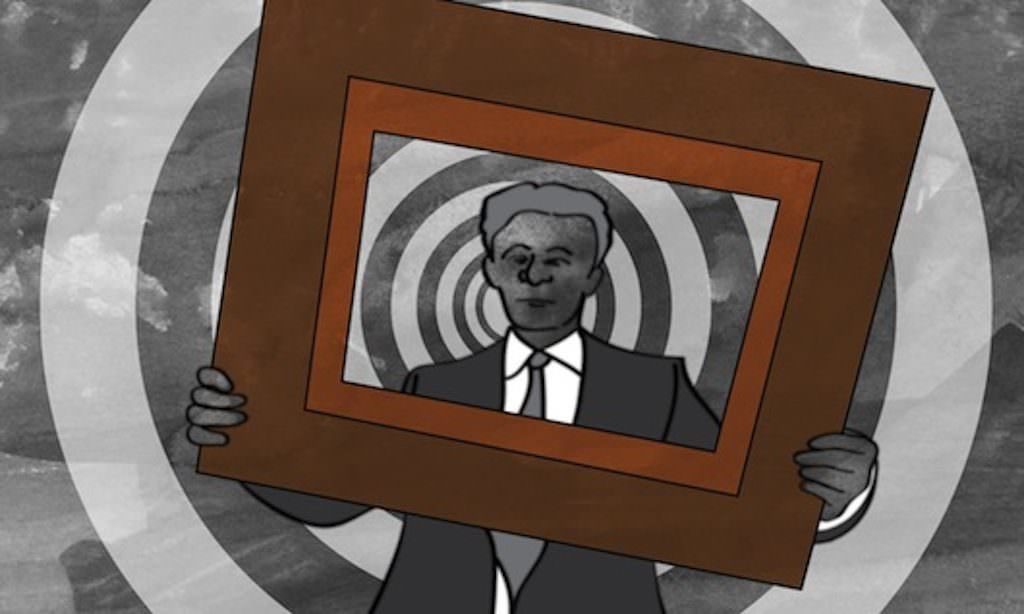 Christopher Nolan has made two mind-blowing films in which the psyches of his characters were chessboards at best, battlefields at worst. Memento made Nolan something of a household name—by the time he made Inception, he was one of the leading directors in Hollywood.

Elizabeth Loftus PhD. is not a household name (few scientists are), but she’s well known in the scientific community as an expert on memory. She’s a professor at the University of California, Irvine, where she does experiments on memory distortion in her research lab. If that sounds nefarious, well, it sort of is (we kid, it’s not, but her career has been more eventful than most scientists thanks to her field of expertise.)

Loftus has done ground-breaking work on eyewitness memory and what’s known as the misinformation effect (people can come to believe they experienced “rich, complex events that never, in fact, occurred” she writes.) She’s also worked on false memories (they can be implanted, Inception-like—she’s done it), and dealt with the recovered memories of childhood sexual abuse.  She’s been called in to provide expert testimony and consult on hundreds of legal cases, and in 2002 was ranked 58th in the Review of General Psychology’s list of the 100 most influential psychological researchers of the 20th century (the highest ranking woman on the list).

We spoke to Loftus about, well, less weighty matters than these—we picked four classic memory-centric movies for her to dissect. Danny Boyle’s recently released Trance, Nolan’s aforementioned Memento and Inception, Charlie Kaufman and Michel Gondry’s Eternal Sunshine of the Spotless Mind (she explained the workings of memory after it screened at Toronto International Film Festival), and the classic Manchurian Candidate to find out what about them is plausible, implausible, and, perhaps, already possible.

The Credits: So before we get into the memory movies, can you tell us how memories can be implanted or manipulated?

Loftus: There are two ways that memory can go awry. Sometimes people actually see it – they experience a crime or a traffic accident and something happens afterwards that can contaminate or distort their memory. We have done experiments that kind of mimic this real-world situation, where we have shown people a simulated crime or accident and deliberately tried to contaminate their memory – make them believe a car went through a stop sign instead of a yield sign, for example – and we find that it's relatively easy to do. But there’s also a more extreme kind of memory contamination you can do with people, and that’s to plant entirely false memories into their minds. Memories that didn’t happen, and we have succeeded in planting the memory that, for example, you were lost in a shopping mall when you were five years old, that you were frightened and crying and had to be rescued by someone and reunited with your family. That was one of our first efforts to plant what we now call Rich False Memories. 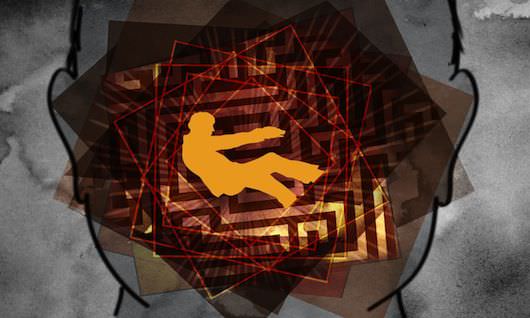 Inception was very much about planting false memories, albeit in dreams. How do you plant a false memory into someone’s brain in real life?

In the lost in the mall study, what we did is to speak to the mother or the father or older relative of our experimental subject and we gathered information from them. Then we say, “We’ve talked to your mother and we’ve found out some things that happened to you when you were five years old, and we’d like to see what you can remember from these experiences.” And we might present them with some true experiences – things the mother told us that really did happen, and then this made up experience about being lost in the mall. These events are all discussed with the subject as if we have learned about the mall from the parent and then, by the time we’re done with a few suggestive interviews, we’ve found that about a quarter of our subjects fell sway to the suggestion and began to remember all or part of that made up experience.

So these people with the false memories have emotional reactions when reporting them back, as if they’re real?

Is there an extraction process for these false memories?

In the studies that we do we have a debriefing process, which is customary when you’re doing research on human beings. You explain what you’ve done and you take steps to return them to a normal state – the state they were in before they came into the experiment. We do go through that debriefing process and hope we’re essentially removing the false memory from their mind through that process.

What about pulling information out of someone that’s buried in there? In Inception they reveal secrets by infiltrating someone’s dream. They implant certain information and pull information out. Is this remotely plausible?

I don’t know enough about sleep and dreaming to be able to say what role sleep or dreaming might play in the memory creation process, but it’s kind of an intriguing thought. As somebody who’s being involved in distorting or planting false memories for decades now, I think it would take some clever maneuvering, but it plausible you could do this. You could plant some kind of memory, make people reveal information that they wouldn’t otherwise reveal. I think something kind of like that happened in Zero Dark Thirty where they convinced a prisoner that, suddenly, after his torture he’s being given this big banquet feast and told that it’s a reward for the information he revealed [which he hadn’t actually divulged], and that lead to his actually revealing it.

One last Inception­-related question—you’ve also spoken about implanting memories that improve people’s behavior or help them in some way.

Yes, at some point in the process of studying memory creation – or false memory creation – I got interested in this question: if I plant a false memory in your mind, does it have repercussions for you? Can it affect your later thoughts or your behaviors? We’ve now done a number of studies that show if I plant a false memory in your mind that you got sick eating a particular food as a child, you don’t want to eat that food as much. Or, if I plant a warm and fuzzy memory that you had with a healthy food like asparagus, then you like asparagus more and you want to eat more of it. What these studies are showing is that you can plant these memories and they have repercussions and they can affect behaviors that occur quite a while after the memory implantation has taken place.

It does raise the possibility that you can do things to people to allow them to live a healthier life. At this point, it's a germ of an idea but it’s got a number of published studies, underlying that germ, and it would be up to somebody to try to figure out how you might translate that into a practical solution, because in our experiments, we’re using deception. I mean, we deceive people into have the false memory and we see it has consequences. You have to figure out how could you accomplish that on a larger scale.

Let’s talk about The Manchurian Candidate. The synopsis of that film is an American solider is programmed through classical conditioning and hypnosis to try to attempt to assassinate the president. Instead of implanting a memory, might it be possible to implant some sort of directive?

I think it’s possibly a bit outside my area of expertise. I have seen, and read, about the power of hypnosis to influence behavior in unusual ways. My only interest in hypnosis is that it’s sometimes used to try to retrieve allegedly repressed memories and, it’s not good for that. But the experts in hypnosis might say that there’s a possibility that you can, under hypnosis, plant a directive, and that when the trigger comes up, people will follow that directive. 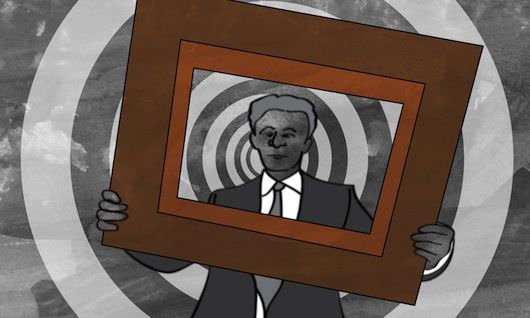 Staying with hypnosis let me ask you about Danny Boyle’s Trance. This is about an employee at an art auction house is colluding with these criminals. He makes it look like they’ve stolen this painting, but in reality he’s also in on it. The problem is that only he knows where he’s hidden the painting, and during the robbery he gets knocked out, and he suffers from amnesia. He goes to a hypnotist who’s tasked with rooting around his brain to find out the location of this valuable piece of art.

Well, when you hypnotize somebody and question them about a past event, what you get is sometimes additional bits of true information, but also additional bits of fiction and made up information. So what comes out is not particularly trustworthy. Now if I wanted to find something valuable, I might think about trying hypnosis on the off chance that with the fiction would come that bit of truth and that might lead to finding the painting and wouldn’t do any harm. Well, there would minor harm, as you traced the fictional red herrings that might waste time. So it’s conceivable, but I wouldn’t have a whole lot of faith in it, and I wouldn’t pay a lot of money for it. 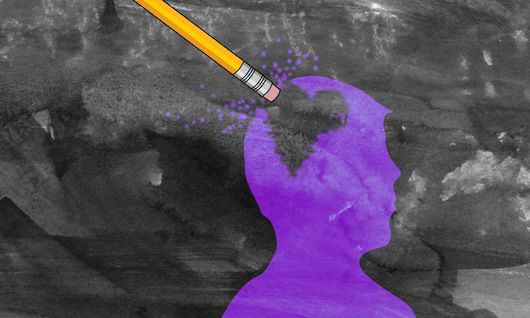 Another fine segue into a movie that offered up a fictional service (the Lacuna Agency) that, for quite a bit of money, they could erase unwanted memories from your mind.  Eternal Sunshine of the Spotless Mind, what’s the plausibility of a Lacuna agency?

The erasure of memory that occurred in Eternal Sunshine was pretty extreme, but, a more minor version is actually is already happening. We have drugs in clinical trials that are being tested for possible use with people who have experienced traumatic events and would like to take the drug to avoid the probability or possibility that they will develop post-traumatic stress disorder (PTSD), which can be very debilitating – nightmares, terrors, intrusive memories, it’s a miserable situation.

It seems like a no-brainer (pardon the pun) that people would be very eager for this type of medication.

Well…what my collaborators and I were interested in was, if such a drug were available on the market, would people even want to take it? One of the things that I did with the audience at the Toronto Film Festival was to present them one of the scenarios that we had used in our study and asked them, “if this had happened to you, you were beaten up on your way home from work walking home through a park, you end up at the hospital and the doctor offers you this new drug, would you take it?” What I found in that audience, and what we found in our experiments, is most people say no, they don’t want the drug. They’ve got a number of different reasons why they don’t want the drug but I was quite surprised by that result because personally, give me the drug, because I don’t want to suffer even if it means have a little weaker memory. But most people out there cherish their memories, even the bad ones, and don’t want to give them up.