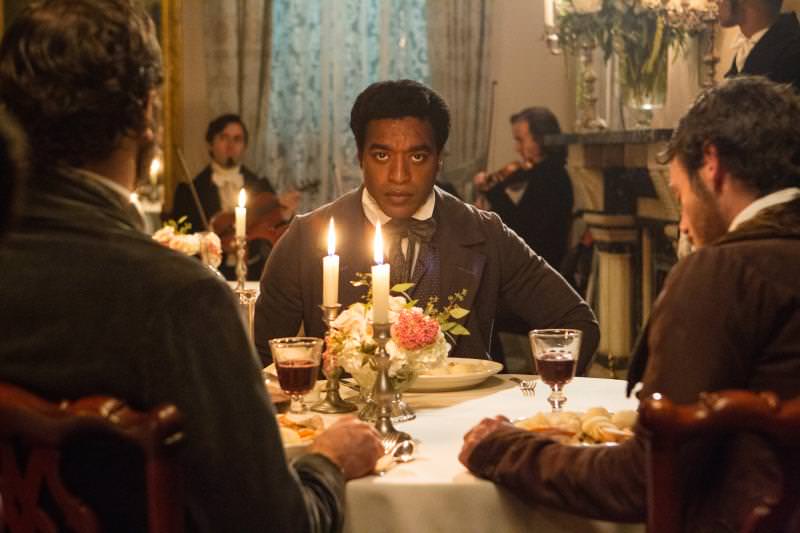 Could This Fall be the Best Film Season in Years?

There are major themes being explored in film in the coming months, in what looks to be a diverse and deeply challenging (in a good way) season of releases. Just going by the excitement of audiences at TIFF, there is reason to hope that we’re looking at one of the most quality-packed stretches in recent cinematic memory.

The plots are diverse, the casts are a mix of globally renown stars and newcomers, but the themes are universal. Family, human rights, loneliness, family, second chances, competition, greed, death—for clarity's sake, we've picked three overarching categories to discuss ten (out of many, frankly) of the films we cannot wait to see—justice, the human spirit, and pressure.

A basic definition for justice includes; just behavior and treatment; the quality of being fair and reasonable; the administration of the law or authority in maintaining this.  But what happens when the law itself is unjust, or, incapable of meting out justice due to its own fallibility? And what happens when those tasked with prosecuting the law break it?

Warner Bros. Pictures upcoming release Prisoners (Sept 20), stars Hugh Jackman as Keller Dover, the father of a kidnapped girl who looks to the law to save his daughter. Detective Loki (Jake Gyllenhall) does indeed seem to find the man Dover is sure is responsible, but without evidence, the law must let him go. So what does Dover do? What would you do when it appears that the law's version of justice is flawed? If you were sure the man the law let go knows where your daughter is? The trailer tells you what Dover decides he must do, but you'll have to see the movie to find out of his sense of justice is righteous, or flawed.

In one of the most anticipated films of the fall, Disney’s The Fifth Estate (Oct 18) looks at large-scale justice, namely, the line between classified information and evidence of corruption, even murder. Julian Assange and his contributors created WikiLeaks with the belief that the most powerful institutions on the planet were willfully obscuring the truth from the public to get away with all manor of crimes. Benedict Cumberbatch (who's everywhere lately) is Assange, and Estate looks at his relationship with an early supporter and later colleague, Daniel Domscheit Berg (Daniel Brühl). Directed by Bill Condon, Estate reveals how Assange and his supporter’s quest to expose deception and corruption in the highest offices in the land made them heroes to millions—but their quest for justice has been viewed by just as many as no less than treason.

Well on the other side of the law comes 20th Century Fox’s The Counselor (Oct 25), a film whose pedigree alone should inspire excitement—Ridley Scott directing a script by Cormac McCarthy (one of the world’s greatest living novelists, if you ask us), starring Brad Pitt, Michael Fassbender, Penelope Cruz, Cameron Diaz and Javier Bardem. Fassbender is The Counselor, a lawyer who has seen his fair share of justice turned upside down as criminals get rich and upstanding men flounder. He gets involved in drug trafficking and soon finds himself way in over his head. This is McCarthy’s first straight screenplay, but remember the last film based on something he wrote, the Coen brothers western epic No Country for Old Men also explored justice, and it’s relative scarcity in the world. If you want a taste for McCarthy's screenwriting chops, The New Yorker excerpted a scene from McCarthy’s script—wow.

In our current era of the 1% and the rest of us, who wouldn’t want to see justice brought to bear on the corrupt banking tycoons who swim in money while the rest of us drown in debt? Martin Scorsese’s The Wolf of Wall Street (Nov 15), a Paramount Pictures release starring his muse, Leonardo Dicaprio, will give you the guilty pleasure that we all love (seeing how the 1% live) as well as watch it all come crashing down. Dicaprio plays Jordan Belfort (based on the real-life Belfort’s book), a stockbroker living the extremely high life until the federal government takes an interest in just he amassed his insane fortune.

Honor, courage, perseverance in the face of horror, indifference and cruelty. These films show people at their very best and very worst.

Based on the astonishing true story of a man’s fight for survival and freedom, Fox Searchlight’s release of Steve McQueen’s 12 Years a Slave (Oct 18) stars Chiwetel Ejiofor as Solomon Northup, who was born a free man in New York only to be abducted and sold into slavery in the deep south. The human spirit, both it’s darkest elements as well as its brightest, is explored in this stunning film. Entertainment Weekly reported that 12 Years a Slave left an entire audience speechless, far from a typical occurrence for festival goers who tend to vocalize their feelings, either good or bad. The cast includes Michael Fassbender as a plantation owner, Brad Pitt, Alfre Woodard and Kenyan actress Lupita Nyong’o. At a Q&A after a screening in Toronto, Pitt said, “If I never get to participate in a film again, this is it for me. It was a privilege.”

Focus Features Dallas Buyers Club (Nov 1) is a study in one of the human spirit’s most admirable qualities—resiliency in the face of nearly impossible odds. Texas electrician (and cowboy, and overall hell raiser) Ron Woodroof (Matthew McConaughey) is diagnosed as HIV-positive in 1986, when the virus was stigmatized and the medical community and pharmaceutical industry were often more of a problem than a solution. His battle with both, and his search for alternative treatments not just for himself, but other HIV-positive people marginalized by a society that fears them, is yet another entry into our fall slate that looks to almost demand immediate Oscar consideration.

Based on Markus Zusak’s bestselling book, 20th Century Fox’s adaptation of The Book Thief (Nov 15) follows a young German girl, Liesel (Sophie Nélisse) who finds a measure of sanity during the hyper-insanity of 1939 Nazi Germany by stealing books and sharing them with others. Living with her new adoptive family (including Geoffrey Rush as her adoptive father), Liesel begins sharing her stolen books with a new person living under their stairs—a Jewish refuge. Using literature as a means of connection between herself, her adoptive father, the refuge they’re hiding, and others living outside of Munich during the horror of WWII, the film, like the book before it, reminds us of the inherent value in telling stories to one another—it can literally save lives.

Whether it's the pressure of G-forces, a disaster in space or a violent tangle with human nature, these are three films that will leave you breathless.

Pressure, of course, doesn’t always have to come via a disaster or a battle foisted upon us–many of us feel pressure in the work we do every day. Yet the pressure we feel probably can't touch what Formula 1 champion Niki Lauda and his rival, James Hunt, the stars in Ron Howard’s Rush (Sept 20), a Universal Pictures release, experienced in their line of work. Considered one of the most stressful sport on the body, Rush thrills by recreating the brutal rivalry between Lauda and Hunt, which continued even after Lauda nearly died in a horrific crash. Crowds at TIFF had their doors blown off.

Much has already been written about Warner Bros. Pictures release of Alfonso Cuaron’s latest masterpiece Gravity (Oct 4)—the reviews from both the Telluride Film Festival and TIFF were ecstatic. As the above trailer proves, this is a film about action under almost unbearable pressure (in an environment with none whatsoever). Sandra Bullock’s Dr Ryan Stone and George Clooney’s Matt Kowalsky have to work together if they ever hope to return home, under incredible duress and with a ticking clock. Pressure was also felt by the director himself. Cuaron told The Wrap that, a film he thought he would be small and made in a year was anything but. It required, among other feats, getting performances out of Bullock and Clooney while they were suspended inside 9’-by-9’ cubes filled with LED screens and cameras. “The film was a big act of miscalculation. That’s why it took four-and-a-half years to make.” James Cameron, however, told Variety after he screened the film, “I think it’s the best space photography ever done, I think it’s the best space film ever done.”

From marooned in space to held hostage at sea, pressure is relative but rarely pleasant. Captain Phillips (Oct 11) a Sony Picture’s release, is based on the true story of the 2009 hijacking the U.S. container ship Maersk Alabama by Somali pirates. Directed by Paul Greengrass and starring Tom Hanks as the eponymous captain, the film is more than a story of a distinctly American version of heroism, it’s a complex portrayal of Captain Phillips’ relationship with the leader of the Somali pirates, Muse (Barkhad Abdi), and the global implications that brought these two men together. Even if you already know how it ends, you can be sure you’ll be on the edge of your seat throughout— Greengrass knows suspense.