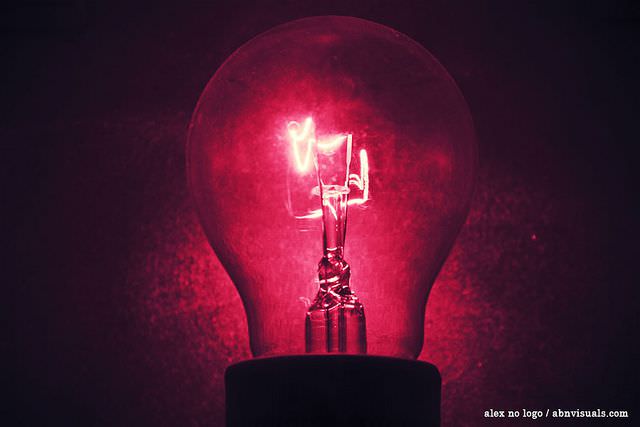 From Kathryn Bigelow to Martin Scorsese, Filmmakers & Their Inspirations

In 2010, the British Film Institute published a wonderful book entitled “Screen Epiphanies: Filmmakers on the Films that Inspired Them.” We found this book after one of those rabbit hole web searches that began with this fantastic article by Martin Scorsese in The New York Review of Books that began with a recollection of the film that made him want to devote his life to the medium.

Inspired by Scorsese and BFI, we’ve put together a list of some of the film industry’s brightest lights and the films that inspired them.

Martin Scorsese: Scorsese, who is not just a legendary director but also qualifies as a film historian (most of the best filmmakers do), saw a British film directed by John Boulting called The Magic Box when he was eight years old with his father.  “I’d never really gotten over the impact it had. I believe this is what ignited in me the wonder of cinema, and the obsession—with watching movies, making them, inventing them.” Appropriately enough, The Magic Box is about William Friese-Greene, one of the people who invented movies.

Francis Ford Coppola: One of Coppola’s inspirations, according to an interview with the D.C. based Academy of Achievement, was Russian filmmaking legend Sergei Eisenstein’s October: Ten Days That Shook the World.

Having been awarded a scholarship in playwriting to Hofstra University, it was Eisenstein’s silent Soviet prograganda film, released in 1928, that pushed Coppola to go into cinema.

Kathryn Bigelow: Bigelow’s made two of the most harrowing films of the century, 2009’s The Hurt Locker and 2012’s Zero Dark Thirty. So it shouldn’t come as much of a surprise that she first drew inspiration from a insanely fortuitous (and seriously bad-ass) double-bill she happened into in New York in the 1970s (she was a conceptual artist and sometime real estate partner with Philip Glass, her life story is amazing). That double bill was Sam Peckinpah’s The Wild Bunch and Martin Scorsese’s Mean Streets. “Whoever programmed those two movies together,” Bigelow said to Rotten Tomatoes, “…I found those two films just extraordinary, and they opened up a kind of unimaginable landscape for me.”

Steven Soderbergh: The prolific Soderbergh recently made headlines—for a Kickstarter donation he gave to Spike Lee. As filmmakers, critics, fans and haters debate the merits of a big time director like Lee utilizing a platform originally created for budding auteurs, Soderbergh explained via a post on Lee’s Kickstarter campaign why he had done it—Lee, along with David Lynch and Jim Jarmusch, inspired Soderbergh in the 80s to make his own films. “These were distinctive new voices, and the freedom (and success) they represented was liberating and energizing; these were shoulders I would try to stand on, that I would be proud to stand on.”

John Woo: Of all of our filmmakers mentioned, Woo’s backstory is the most dramatic. Born in the midst of the Chinese Civil War in 1946, Woo and his family fled to Hong Kong during Mao Zedong’s anti-bourgeois purges (also, Woo’s family was Christian). They were poor, and lived in the notorious slums of Shek Kip Mei. Woo’s inspiration probably started out from the harsh realities of his young life–his father contracted tuberculosis and was unable to continue teaching (his mother was a manual laborer on construction sites). Then a massive fire at the Shek Kip Mei slums left them homeless in 1953 (this was on top of the violent crimes plaguing Hong Kong housing projects at the time). On top of all this, Woo was diagnosed with a serious medical condition at the age of three that required spinal surgery and resulted in him having trouble walking for the next five years (Scorsese was also oft-bedridden due to bad asthma). Woo received a Christian education and wanted to be a Christian minister, that is, until he saw the films of Jean Pierre Melville, a French New Wave master. Woo also stated that the final scene in Butch Cassidy and the Sundance Kid in which two comrades, each firing pistols from both hands, became a recurring scene in his own work.

Ang Lee: Another auteur born during the tumult of mid-twentieth century China, Lee was born in a southern agricultural county in Taiwan. His family put a huge emphasis on education and studying the Chinese classics. Lee’s father had his children studying Chinese culture, art, and calligraphy. Lee is another in the long line of filmmakers who benefited from early failures. Incapable of passing the Joint College/University Entrance Examination, against his father’s wishes he entered a three-year program a the National Arts School, graduating in 1975, where he was pursuing a path in performance art when he happened up Ingmar Bergman’s The Virgin Spring.  Lee eventually found himself at NYU’s Tisch School of the Arts where he was  a classmate of none other than the aforementioned Spike Lee, working on the crew of Spike’s thesis film, Joe’s Bed-Stuy Barbershop: We Cut Heads.