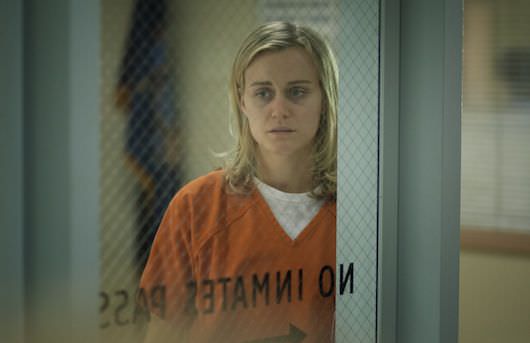 Summer’s winding down, folks. So you really need to maximize all the relaxing you can do before the inevitable crush of obligations and stress that is fall, the holiday season, and the end of the year bears down on you.

August is the midday nap of the calendar. It’s a month for whiling away hours in repose. Movie theaters offer one of the last spaces on our hyper-connected planet where you’re obligated to silence your smart phone and be quiet for two hours. And while you're likely to have your phone close by while you watch TV, a good show should be able to get you to disconnect for a spell.

So here are some films and TV shows to spend some quality hours with this weekend. For the love of everything that’s holy, make the most (by which we mean the least) of your remaining summer days by losing yourself in a good narrative.

The masked high school heroes are back, and now they've inspired normal citizens to don masks and fight crime in this sequel. Kick-Ass (Aaron Taylor-Johnson), Hit-Girl (Chloë Grace Moretz) and the Red Mist (Christopher Mintz-Plasse) star, plus a big assist from Jim Carey as Colonel Stars and Stripes. If you liked the original, this one’s like that, only with more of the kicking and the punching. Action sequels, by law, need to be more active.

The worst thing about learning anything about Steve Jobs is how lazy it makes you feel. But admit it, you’re curious how Ashton Kutcher handles playing Apple’s iconic leader (the physical similarities can’t hurt) and Jobs is one of those people that seem to warrant endless investigation on just how he knew what it was we all wanted before we did.  Just turn off your iPhone when you get into the theater.

Admit it—this looks like a perfect summer movie. First of all, Gary Oldman never disappoints. Ever. And Gary Oldman with an Australian accent? That’s like eating a cake while someone gives you a second cake, dispelling that whole lie about not being able to have/eat cake. Then you’ve got Harrison Ford with a shaved head, a bunch of corporate intrigue, and a Wall Street meets Limitless vibe to it.  Also, did I mention it’s got Gary Oldman with an Australian accent? Guess who just locked up the role of Rupert Murdoch in the inevitable biopic Murdoch?

Stellar cast (with Forest Whitaker as the titular butler), great director, and a story nicely timed with the 50th anniversary of the March on Washington, this is a film that doesn’t need a plug from me. And yet I’ll still plug it. Seeing the history of the Civil Rights movement through the eyes of a butler who served eight administrations, and having that butler played by one of the best actors alive, is a close to a film slam dunk as you can get.

Director David Lowery is one to watch, and this moody, beautifully shot story about an outlaw (Casey Affleck) escaping from prison in Texas and setting out to return to his wife (Rooney Mara) is already getting great reviews. In a summer stuffed with spectacle, Saints beguiles with a deeper, quieter tone.

I’ve already written too much about our crazy, crazy love for all things Jane Austen, so I’ll simply say that if you like Jane Austen (chances are you do) and Kerri Russell (ditto) then what more do I need to say, considering you’re already buying your ticket right now?

Next week on “Obviously.” But seriously folks, if there’s anyone left out there who hasn’t watched Breaking Bad and is doing the whole contrarian thing, or, feels too far behind, or, says “there’s just too much good TV and I can’t start another series,” I want you to slowly approach the bench. You're overruled. You are hereby ordered to begin watching Breaking Bad, and to catch up in time to watch the finale with the rest of America. It could be argued it’s the most entertaining show in television history. I said “argued,” so relax The Wire/The Sopranos/The Mary Tyler Moore Show fanatics. It could also be argued that Walter White is television’s most horrifying villain. Tony Soprano was in the mafia, after all, but Walter White? He's the type of guy you actually might have known.

Season 6 of the one of the zaniest shows on television is winding to another crazy close this Sunday. Your cast includes vamps, fairies, werewolves, shifters, mediums, witches and whatever the hell Maryann from season 2 was (apparently she was a Maenad, an immortal female follower of the Greek god Dionysus—this show’s so nuts she’s not remotely the least plausible character in its history). These lunatics make up the populace of the most bat-sh*t crazy Louisiana town imaginable—Bon Temps. What happens in Bon Temps really should stay in Bon Temps.

Look, say what you want about Aaron Sorkin’s The Newsroom, but it’s not boring. Sorkin's shows are so deeply reflective of his very specific storytelling DNA that you feel like you’re watching a live reading of the transcription of one of his daydreams. "Wouldn't it be great if a TV anchor with gravitas told it like it is? Wait, wait, and that TV anchor were actually a Republican? With a madcap crazy love/hate relationship with his British producer? And his entire staff was hyper-literate and all committed to furthering the cause of truth? Man wouldn't Washington D.C. be such a better place if this were all true?"  If you’re a Red State Republican, you can hate-watch this show like no other. You could create a drinking game revolving around a swig for every time a Republican straw man is verbally eviscerated by Will McAvoy (Jeff Daniels). If you’re a Blue State liberal, you can pretend that this show reflects some sort of possible reality where a big shot Republican news anchor would consistently call out people for lying, obfuscating, or just generally mauling the truth. Plus there’s real talent in the cast. I'd watch Sam Waterston deliver a garbled, bourbon-soaked monologue about tax code reform, that's how much I love him. And really, the cast is good and it's sort of fun to imagine going back into recent history and reporting on what was going on with the foreknowledge that, say, Michelle Bachman is sort of crazy and the Tea Party is very angry about…things.

Orange is the New Black (Netflix)

First of all, this show has the most ridiculous acronym in television history (OITNB)—GOT works, people, but OITNB looks like the sound a pig with the flu might make. Besides that, the show’s fantastic. Based on Piper Kerman’s memoir about spending a year in prison, this is a show that quickly put itself on the map of great ensemble casts in a very crowded field. Plus, it’s nice to have a female-dominated cast, especially one that’s this bracing, funny and interesting.

There you have it—now you don't have to step outside once all weekend.