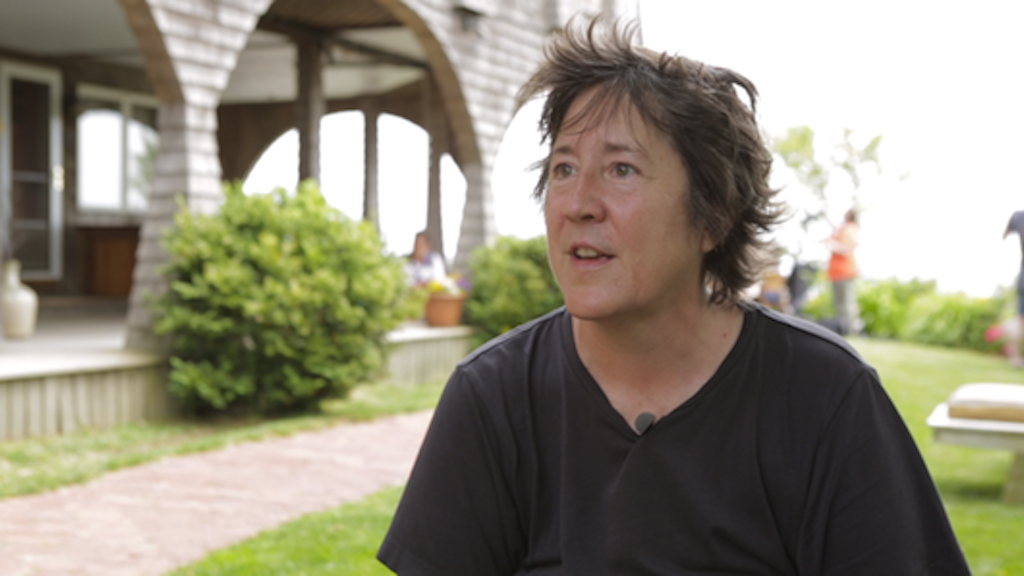 Christine Vachon is one of the most important film producers in New York.  She has maintained close relationships with a bevy of influential filmmakers while shepherding some of the most challenging, dark and often beautiful films into the world. She has helped provide a voice for directors who might otherwise have been marginalized—she has helped provide some of the juiciest (and most harrowing) female roles to actresses from Julianne Moore to Cate Blanchett to Hillary Swank, and has been a shining light for the LGBTQ film community to boot.

Vachon made some fortuitous connections while at Brown University in the early 80s, specifically beginning a collaboration with Todd Haynes, one of the most fruitful producer/director relationships in the business.

Vachon has worked on every feature film of Haynes's to date, a partnership that speaks to their co-commitment to make great, challenging films together, and their ability to work off each other’s strengths. Along with Barry Ellsworth, Vachon and Haynes created Apparatus Productions in 1987, where they produced (and Haynes directed) the controversial Superstar: The Karen Carpenter Story, a short that depicted the rise and fall of the eponymous anorexic pop star in 1988. The film was scuttled into video purgatory by the Carpenter estate, but Vachon and Haynes had made a huge splash with the effort. During this time, Vachon took on various roles in the film industry to learn more about the trade.

Vachon is almost as well known for her next production company as she is for the slew of momentous films she’s helped maked, Killer Films. Started with fellow New York producer Pamela Koffler, Killer Films’ impact on the industry cannot be understated—her very first feature was the critically acclaimed Poison, directed by her friend and collaborator Haynes, which won the Grand Jury Prize at Sundance in 1991.  Poison, inspired by the novels of Jean Genet, was composed of three intercut narratives that were part sci-fi drama, part horror—and totally unique. It is considered an early entry in the New Queer Cinema movement, one that Vachon and Haynes have been major forces within.

Poison helped put the duo on the map, and neither one ever looked back. Vachon’s list of credits are remarkably varied and critically acclaimed—she helped bring  Nigel Finch’s Stonewall, Mary Harron’s I Shot Andy Warhol, Todd Hayne’s Safe, Larry Clark’s Kids, Todd Solondz’s Happiness, Hayne’s Velvet Goldmine and Kimbery Peirce’s Boys Don’t Cry to the screen in an incredible eight-year span from 1991 to 1998.

This run would be an entire career. For Vachon, it's constitutes just one of her eras.

She has been an advocate not just for films for, by and about LGBTQ people, but for storytelling and the art of cinema in general. While films have steadily become bigger and louder and brasher, she’s made a string of stirring, intelligent films year after year. The 21st century has seen her release one major film after another—John Cameron Mitchell’s Hedwig and the Angry Inch (2001), Solondz’s Storytelling (2001), Mark Romanek’s One Hour Photo (2002), Hayne’s Far From Heaven (2002), Robert Altman’s The Company, Haynes’s again with his Bob Dylan masterpiece I’m Not There (2007) and the upcoming The Last of Robin Hood. She shows no signs of slowing down despite lifetime achievement awards and a the fact she’s made around 70 movies already.

We got a chance to speak with Vachon at the Province Town Film Festival. Unsurprisingly, she was whip-smart, passionate, and insightful about the industry she has made a singular, forceful career in.