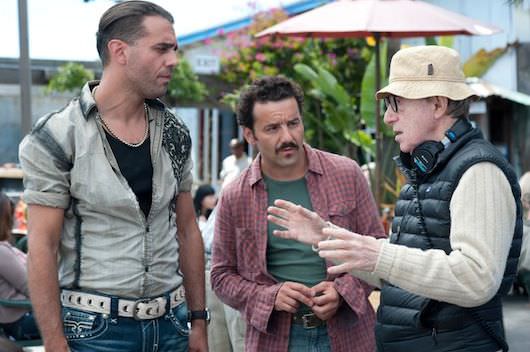 In 1966, China became the first nation to synthesize Insulin, Walt Disney died, the first Star Trek episode “The Man Trap” aired, England won the World Cup (they haven’t won one since), and a young director by the name of Woody Allen released his first feature film, What’s Up Tiger Lily?

In the 47-years that have followed, Allen has essentially made a movie a year. He came along right when a slew of young directors were on the make—Steven Spielberg, Francis Ford Coppola, Martin Scorsese and Brian De Palma to name a few.

Blue Jasmine, which opens today, is further proof that the 77-year old is not slowing down. It would be easy money to bet he'll release a film in 2014.

As his longtime editor Alisa Lepselter told us, the man has created a career for himself in which he can work at his own pace, on films conceived of entirely by him, and pretty much count on being able to follow a routine he has down to a science—shoot during the summer, edit in the fall, and do all his post production during the winter.

So we celebrate Woody today with a visual look at his five plus decades in film, a legend among legends.