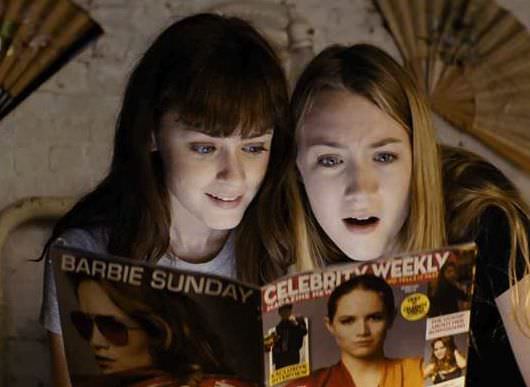 The Psychology of Character Bonding: Why We Feel a Real Connection to Actors

Children can be very cruel to one another. As adults, many of us vividly recall moments of social ostracism on the playground, perhaps when a bully shoved us, a classmate made fun of the way we dressed or no one picked us to play on the kickball team.

Director Robert Zemeckis likely kept this in mind when he filmed the “seat’s taken” scene of Forrest Gump. As the young Forrest makes his way down a school bus aisle, we see through his eyes as classmates sneer at him and refuse to share their seats. Then, the camera shifts back to Forrest’s face, allowing us to view his reaction—a quiet expression of hurt.

As viewers, we cannot help but ache for this little boy. Our own experiences, gathered throughout the course of our lives, are the ammunition behind such powerful narrative fiction. “First, from his point of view, we’re feeling what he’s feeling,” says Howard Sklar, a post doctoral researcher in the English Philology Unit at the University of Helsinki. “Then, from the outside, we think, ‘This poor guy—how can they treat him like that?’”

Yet we know that Forrest Gump is not a real person, and still we feel so moved. Why?

Empathy and sympathy are phenomena we experience almost daily in our dealings with others, and they play key roles in the way we respond to fictional characters. According to social psychologists, empathy allows us to experience another person’s feelings (or at least reconstruct what we think that other person is going through). Empathy can then lead to sympathy, or our ability to understand that another person is experiencing pain, which often makes us wish to alleviate that pain for them. So long as a director gives proper perspective on a fictional character—allowing us to both imagine their pain and to perceive their experience from a distance, as done in Forrest Gump—we can momentarily let go of the fact that that character exists only in the realm of fiction. We cry when their dreams are dashed or they are killed, and we celebrate with them when things go their way. In other words, we connect with them on an emotional level, as we would with a friend.

“As anyone who has watched an engaging film or read an engaging novel knows, we invest ourselves deeply in the experience of living with those characters,” Sklar says. “We tend to respond to them as though they were real individuals.”

Just as we do with real-life friends and family, in our minds we subconsciously fill in the details of characters’ lives that are missing. This may include episodes from their past, what they’re thinking or what they were up to when we weren’t around, which only heightens their sense of realness. At the same time, for the duration of the film or story, we may get to know those characters more personally than we know some of our own loved ones. Narration gives us a window into their thoughts, and the story allows us to peek in on their most private affairs.

Sometimes, even characters that we did not initially like can redeem themselves. Directors often play with the notion of first impressions—which can be very strong—gradually building our sympathy for a person who at first repulsed us. In Groundhog Day, for example, Bill Murray’s character enters the film as an arrogant and self-obsessed egoist. After getting sucked into a time loop, however, Murray gradually becomes more sympathetic, setting out to improve himself and help others. “It’s not so much that we see him differently or that we misunderstood him earlier, but that we see the process he goes through, which allows him to go about revising our beliefs about him,” Sklar says.

Even if we cannot directly relate to a character’s circumstances—say we’ve never been to war, lived in Kenya or are not the same gender or age—we can still connect with them. So long as the story-telling and emotional perspectives are there, Sklar says, our ability to feel emotionally for fictional characters will transcend all the other circumstantial details.

A scene from Forrest Gump, again, illustrates this idea well. Jenny introduces Forrest to his son, who until now Forrest did not know existed. To the viewer, it’s clear that Forrest’s first thought is whether or not his child has inherited his father’s disability. When Jenny confirms that their son is healthy, Forrest’s eyes well up with tears. “It’s such a powerful moment for me—his realizing—it conveys to me all of the things he has suffered in his life as a result of that disability,” Sklar says.

Viewers may not have a disability themselves, but it does not matter.

“That scene allows us to see him in his full humanity and all the difficulty he has faced because of the way others have treated him,” Sklar says. “In those moments, it’s very powerful filmmaking.