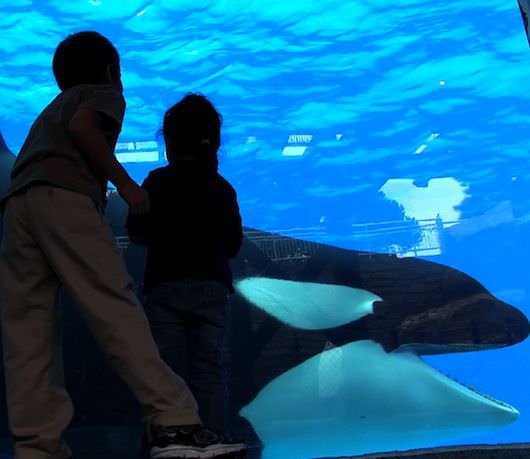 For the past 10 years, producer, director, and cinematographer Jonathan Ingalls has been making compelling documentary television (MTV’s I Used to be Fat, A&E’s The First 48 and films such as  City Lax: An Urban Lacrosse Story.) This week, perhaps his most controversial project, Blackfish, directed by Gabriela Cowperthwaite, hits theaters in New York and Los Angeles, after premiering at the Sundance Film Festival in January and making a giant splash.

Blackfish tells the story of notorious, 12,000 pound performing whale Tilikum, who — unlike any other “killer whale” in the wild — has taken a number of human lives while in captivity, including that of trainer Dawn Brancheau, who was drowned during a “Dine with Shamu” show at SeaWorld in 2010. Seaworld, for its part, is not thrilled with the movie, and disputes a lot of its accusations. The filmmakers behind Blackfish have this to say about SeaWorld's antipathy towards the documentary.

Controversy aside, The Credits is always interested in how, from behind-the-camera, movies are made. To that end, we spoke to Ingalls, the film’s cinematographer, about his experience on set.

The Credits: How much did you know about orcas and killer whales in captivity going into this?

Ingalls: This actually was a pretty new topic for me. Gabriela did a lot of the research and brought me up to speed on the subject, and then she’d let me know, as we were getting ready to shoot, the content and the storyboards.

As a child, had you gone to SeaWorld and similar parks?

I did. And probably the last time I went was in my early 20s. I realized while making this film that a lot of the stuff in the film, as an adult, you kind of think about, but you don’t really have an opportunity to dig deep. So this was our chance to do that.

There’s such a dichotomy about the ocra—it's known as the friendly giant and a vicious killer. Did you have an opinion of them going into this? Or was it important for you to maintain neutrality?

The way that Gabriela and I work together is by starting with absolutely no preconceived notions about the subject matter or the people, and just letting the story dictate itself. So as we go through and talk to people, we follow the story wherever it leads us. And it’s those realizations that make up the movie. 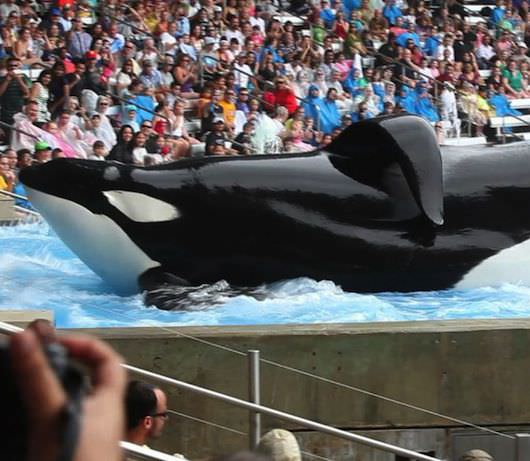 What are your thoughts today about whales in captivity?

Well, the idea of putting whales in captivity kind of made sense thirty or forty years ago when you knew less about them, and less about what whales go through when in captivity. Now we’re at a point where it’s time to start rethinking whether that’s something that should continue, and also, what to do with the whales that are already in captivity. Maybe it’s not something that we want to continue.

It’s hard to not get emotional when you watch the movie, partly because they’re such beautiful creatures. Did you get emotional too?

Yeah, definitely. Especially when you hear the stories, like the one that girl told about separating the baby from the mother. It makes you think about the needs of the organization versus what’s best for the animals.

From a cinematography perspective, what were your most difficult shots?

The whale stuff in the wild — on the research boat — was tough because we didn't know what was going to happen. We'd shoot one direction, and then the whales would show up on the opposite side of the boat. We did our best. We were out there for a while, but it was a challenge to get the whales in the water doing their thing.

Did you ever feel at risk?

Well, the shoot itself was incredibly compelling the whole time. When we shot that final scene with the trainers, there was no risk involved, but it was incredible to be out there with them and seeing whales jumping out of the water. That was an experience you can’t explain. It was perfect weather conditions, perfect boat conditions, and then we're seeing whales leaping in and out of the water. It was like, “This is incredible— they’re flying. This is amazing material.” 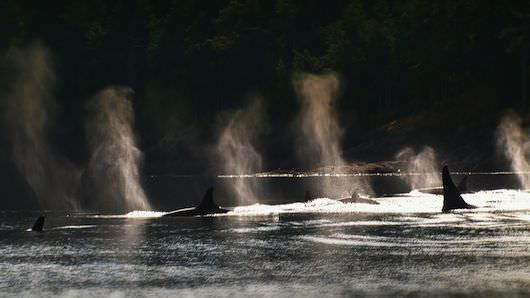 Did you also know during the interviews when you were getting amazing material?

Yes, especially the stories about what the whales’ lives were like in captivity. What the trainers witnessed happening to the whales and also the relationship from the human side–what the trainers felt when they were dealing with the whales. The whale perspective and the human perspective, there was stuff I hadn’t heard before, and certainly stuff you don’t think of every day.

How did you get into filmmaking in the first place?

Oddly enough, I majored in biology and had a minor in film at USC, and I had this idea early on about doing films about wildlife. I didn’t realize until after I’d graduated that those films don’t get made very often, really. This film was really nice—the two subjects I was really interested in finally came together in one project.

Knowing what you know now about the film industry and making movies, what would you tell your younger self, or aspiring cinematographers?

Like anybody working in the film business, you take whatever projects you can get to gain experience, or that will lead you to the next project. One of the big things I’ve discovered over the past few years is that the projects I like working on the best are the ones where there are amazing people and also really compelling subject matter. Even in the middle of making a film, I can say, “This is one of those rare projects — like Blackfish— where everything is coming together.” You’re looking for that perfect project all the time, and every once in a while, you get one.