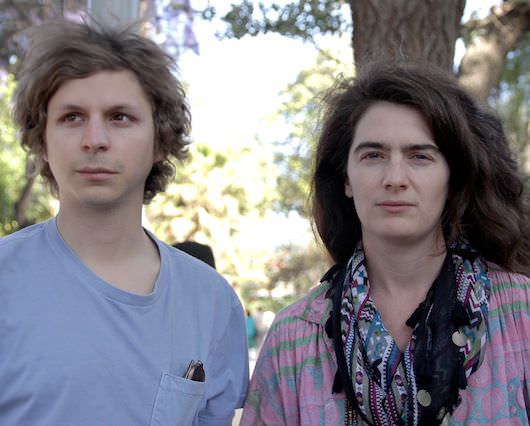 Getting Chatty With Gaby Hoffmann About Sebastian Silva’s Crystal Fairy

Anyone who remembers Gaby Hoffmann as the adorable little girl in huge movies like Field of Dreams and Uncle Buck will be riveted by her very grown-up performance in her latest film, a Chile-based road-trip movie directed by Sebastian Silva [of 2009’s Sundance winner The Maid].

Hoffmann plays Crystal Fairy, a hippie who meets Michael Cera’s pleasure-seeking, drug-loving character, Jamie, at a party — and soon joins Jamie and his friends, a group of locals, on a road trip in search of the hallucinogenic San Pedro cactus. The movie is based on real events in Silva’s life, and all of the dialogue is improved, giving it a loose, documentary feel.

We talked to Hoffmann (who also has a “wild, fun” stint on the upcoming season of HBO'S Girls) about lying to get jobs, stumbling upon her old movies, and why she quit acting — and ultimately had a change of heart.

The Credits: You’ve said that one of the reasons you signed on for this film was because of Sebastian Silva. What did you love about him?

Hoffmann: I had seen The Maid and I was totally, totally obsessed with it. It was one of the few movies I saw over the course of many years that sort of kept me interested in making movies, because I was constantly questioning that, and very ambivalent and confused for many years. I remember seeing it at Sundance and I was just like, “Oh my god, okay, if people are making movies like this out in the world, then I wanna keep doing this. But I’m sure I’ll never work with that guy.” And that was it. I was like, “That guy’s incredible,” but I didn’t do anything about it. Michael Cera who’s more famous and powerful and maybe smarter than me, told me he just called his agent and said, like, “I wanna meet that guy.” And about a year later, my agents called and said, “You speak fluent French, right?” And I said, “No. I should but I don’t.” And they said, “Okay, never mind. It’s just some little project, but you have to speak French.” And I said, “Can you send me the details? I just wanna see what it is.” So I get the details and it says, Sebastian Silva project. And I called them back and was like, “You idiots! This is like the best working filmmaker in the world!” They didn’t know who he was. So I said, “Tell them I speak French.”

Aren’t actors always supposed to lie about that stuff? Like, “Of course I speak French.”

Yeah, right. So I lied. I went to the audition and said, “I don’t speak French,” but I convinced him to hire me anyway. So we did this project together called The Boring Life of Jacqueline, an HBO Go series. That was about a year before Crystal Fairy. We became great friends and had a great time working together, when he called and said, “Want to go down to Chile?” I didn’t even let him finish his sentence. I just said, “Yes.” I would do anything for him. 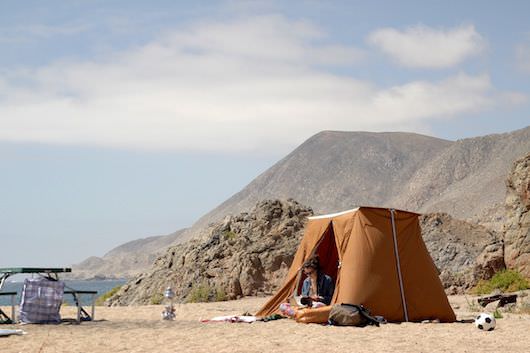 Michael Cera had a cameo in The Boring Life of Jacqueline. So was he cast in Crystal first, or were you?

I think Sebastian called us on the same day. Even to use the word “cast” is funny because it was just like, Michael had been down in Chile for three months learning Spanish and living with Sebastian’s family in preparation for Magic Magic, which is another film they made. The funding kept falling through. Michael was back in L.A., and Sebastian was like, “In the meantime, why don’t we do this other thing?” It was thrown together in a couple of weeks.

I didn’t have any expectations or hopes for it, I just knew prior to working with him on Boring Life, that he was a truly incredibly gifted filmmaker. I have total trust in him not just as a person and a friend, but as a creative intellectual. He’s a lot of fun on set. He knows exactly what he wants, yet he’s totally open and excited to collaborate. He is very hyper and has a lot of energy but he’s also professional and serious. It’s like you’re having a party. It’s really, really easy to enjoy yourself when you trust somebody that much, because you can do anything. It’s knowing that what I do will be used in the best possible way in service of the film, or not, if it doesn’t work. There’s a lot of freedom. 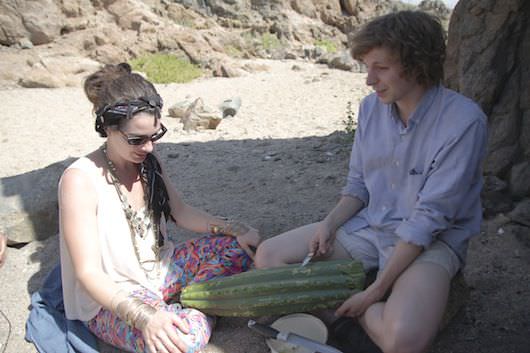 With no scripted dialogue, how much was on the page? Was it just an outline?

There was a 12-page outline of the narrative and the plot points, but there was no dialogue written. We improvised all that.

Did you workshop it beforehand?

We didn’t really workshop it, but Michael and I, and of course, Sebastian’s brothers, who are all in the movie, were down in Santiago living at Sebastian’s parents house for about a week before we started shooting. A week of quote unquote pre-production. Which was really just all of us hanging around, swimming, having lunch, going out, drinking, having parties. Within that, there was a lot of conversation about the characters and the story and what might be funny. 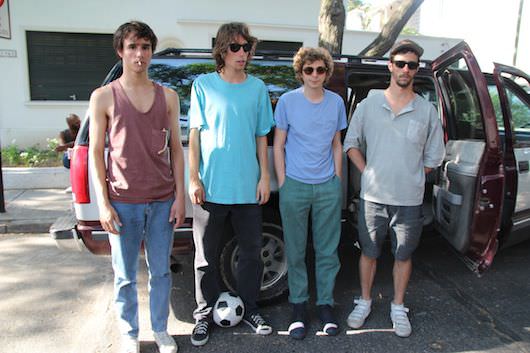 One thing I liked about this movie was that I felt like I was watching a documentary.

That’s so nice and I’m so happy to hear that. I really, really enjoy the movie. Michael is so funny, and it’s so beautiful, and I rarely feel this way about anything I’ve done.

After tremendous success as a child actor, you went to college and took a break from acting. Why was that important?

I didn’t think of it as a break. I didn’t think I was gonna keep acting. I didn’t start acting when I was a kid because I wanted to be an actress. I was five and we needed the money in my family, so I started doing it. And I totally enjoyed it, but I didn’t think about it. I wasn’t building a career. All I ever wanted to do was just go to college. I literally fired my agents.

So you were quitting?

Yeah. I didn’t realize until I was in college how interested I was in film, and how much I loved film. I still didn’t know if I wanted to act, and I really struggled with that question throughout my twenties. My interest in acting did sort of reveal itself to me again through my interest in film.

Do you ever catch any of your old movies on TV?

I don’t have TV, so I don’t see a lot of those things. I did just see Uncle Buck because they played it at BAM, so I took my niece to see that. Then Lena Dunham screened This is My Life, which was Nora Ephron’s directorial debut, so I saw that too.

How does it feel seeing yourself on screen so many years later?

It was fun. Those movies are great. But I don’t really see myself. I’m not really curious about the rest of them. If I stumbled upon them, I would watch a few minutes. I see a little kid, but I have no real relationship to any of the [movies]. I have experiences and memories to being on the set, and that was really great, and I loved making Now and Then because I met Christina (Ricci) and we fell in love and became best friends, and I loved the director [Leslie Linka Glatter]. But I don’t have any real relationship to “the work.” You know?