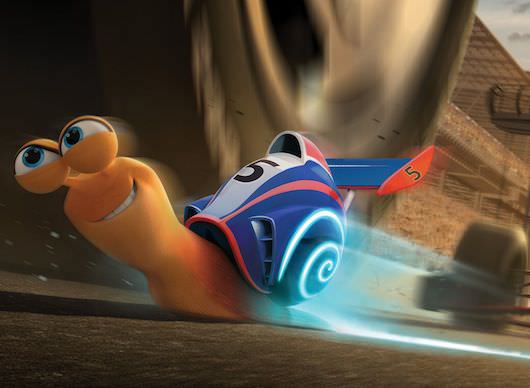 From Turbo to Monsters University, Actors Relive Juicy Past Roles via Animation

DreamWorks Animation’s Turbo, which opens today, is a veritable who’s who of serious actors lending their voices to a selection of mollusks and another animated characters. Paul Giamatti, Luis Guzmán, Michelle Rodriguez, Richard Jenkins and Samuel L. Jackson are a few of the no joke actors involved in this film about a snail named Theo (voiced by Ryan Reynolds) who dreams of being as fast as his favorite IndyCar driver, Guy Gagné.

It’s not news that Academy Award winning and nominated actors have routinely lent their voices to animated movies. It's also not news that many animated features have characters that contain subtlety, nuance, and depth. What interested us is how often an actor with major pedigree took on an animated character who, impossibly, incredibly (and perhaps, all in our head) bore striking similarities to some of their most beloved roles in films in the past.

Don’t believe us? Check out our list and see for yourself. 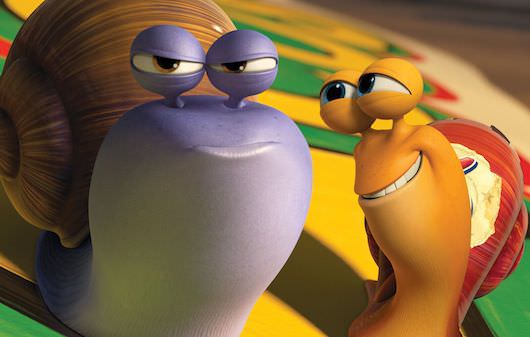 Animated Character: Giamatti plays Chet in Turbo, the cautious older brother to Theo (aka Turbo). Chet means well, but he's a bit of a wet blanket. He cautions restraint when his brother dreams, impossibly, of becoming as fast as his IndyCar hero. Chet just wants his little brother to snap out of his fantasy and focus on life the way it really is (we've all get a Chet in our lives, don't we?) Even when Turbo’s DNA is altered by a freak accident with a race car engine, Chet’s there to rain on his parade, telling him the effects of his nitrous oxide infusion are sure to wear off. Chet cares about Theo, that much is apparent, but he just wants him to be realistic about his prospects.

Famous Role: Giamatti’s Miles Raymond in the wine-soaked 2004 comedy Sideways was, at various times throughout the film, a gigantic downer. Miles was always urging restraint from his best friend, the horn dog Jack (Thomas Hayden Church), who just wanted to have a good time with his best bud the week before his wedding. Miles stresses over and over, much like Chet in Turbo, that Jack needs to accept reality—his days of sleeping with random women and partying all night are finished. All Miles wants Jack to do is drink some wine, play some golf, and generally act reasonable. Even when the two men find themselves in the company of beautiful, smart, wine-loving ladies, Miles plays the scold—his refusal to even entertain the notion of drinking merlot with the ladies is one of the great lines in any film in recent memory–and somehow very Chet-like. 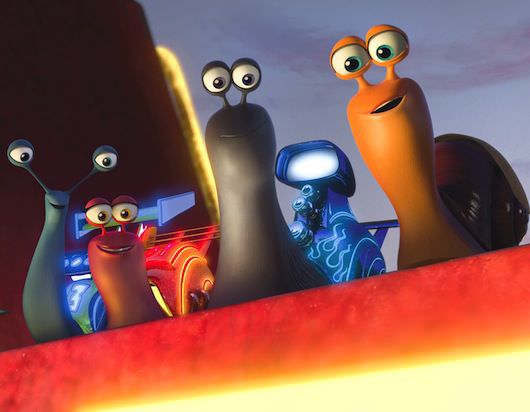 Animated Character: Jackson’s parlayed that unmistakable voice of his for a few animated characters, from the lead role in the anime series Afro Samurai to a recurring role as Gin Rummy in episodes of the The Boondoocks. He memorably gave his pipes for The Incredibles superhero Frozone (earning an Annie Award nomination for Best Voice Acting), and now is Whiplash in Turbo, a bad ass snail leader. “In his mind he’s the undisputed leader of this group of snails,” Jackson said in his trademark baritone during an interview for DreamWorks. Whiplash is not just a leader, but a philosophical presence, one who is not afraid to let Theo knows what it'll take to get what he wants.

Famous role: Marsellus Wallace might have been the undisputed boss in Pulp Fiction, but Jackon’s Jules Winnfield was the philosophical heart and soul of Tarantino’s film, not only keeping Travolta’s Vincent Vega sane (as long as he could), but knowing when to push and when to hold back. It’s Jules who keeps the robbery in the diner from becoming a bloodbath. It’s Jules who wisely listens to The Wolf (Harvey Keitel) and counsels Vincent to follow the man's instructions. Both Jules and Whiplash are thoughtful leaders, especially when the going gets tough. As far as giving inspiring (or terrifying) oratories, it will be hard to ever top Jules' recital of the Bible's Ezekiel 25:17, but Whiplash is no stranger to the impassioned speech. He's there when Turbo needs him, giving him a pep talk when he feels he'll never be fast enough.

Animated Character: The venerable Mirren, one of the most respected and beloved actresses alive, voiced Dean Hardscrabble in Monsters University. The winged Hardscrabble is a strict taskmaster, the head of the scare program at MU, a no nonsense disciplinarian who knows the right way things are done, and demands that the students get with the program or get out. But just when you think Hardscrabble has it in for our protagonists Scully and Mike, she reveals a more forgiving, gentle side than we had perhaps thought she was capable of. Sounds like…

Famous Role: Queen Elizabeth, anyone? Mirren’s portrayal of Queen Elizabeth II in The Queen was a beautifully wrought, subtle performance, and it would be daft to suggest Dean Harscrabble and the Queen of England have that much in common—only they do. They’re both smart, reserved, and impeccably groomed—and they both, slowly and thoughtfully, undergo changes in their outlooks of their younger, brasher charges. Like Dean Hardscrabble looking anew at Scully and Mike's place in the scare program she runs, Mirren's Queen Elizabeth must come to terms with the death of Princess Diana, and her shifting feelings on how to react to the outpouring of love and grief it causes from the Kingdom she rules.

Animated Character: As Randal “Randy” Boggs in Monsters University (you can watch Buscemi voice the character at the 1:53 mark above), you've got a “young college kid who’s nervous, shy, not really knowing his place,” as Buscemi said in an interview.  “He’s a little insecure, he wants to fit in, he wants to be in what he thinks is the right group.” This is Randy before (but on the way) to becoming the villain of Monsters Inc. So we’ve got an insecure, troubled young man on his way to becoming a bad guy. Sounds like…

Famous Role: Well sure, Buscemi’s Carl Showalter in the Coen brothers’ masterpiece Fargo was a bad guy from the jump—he’s a criminal, after all. But Carl’s a needy, hopeful petty criminal who’s just looking to collect on William H. Macy’s proposed kidnapping scheme and go about his business. It’s Peter Stormare’s psychopathic Gaear Grimsrud who pushes Carl to the breaking point, leading to a series of spectacular disasters until poor Carl finds himself becoming uncomfortably intimate with a wood chipper. And Carl just wanted to be friends (or at least friendly) with Gaear, much like Randy initially just wants to be best friends with Mike in Monsters University.

Animated Role: Jolie, fittingly, was selected for the role of Tigress, a tiger and the leader of the Furious Five in Kung Fu Panda (and Kung Fu Panda 2). The Furious Five are a quintet of kung fu masters, and in the first Panda, Jolie’s Tigress is hostile to Po, voiced by Jack Black, who wishes to become a kung fu master himself. Tigress is tough, smart, wise and lethal (well, as lethal as one can be in an animated film).

Famous Role:  Although the role was originally intended for a man, it was a no-brainer to give the CIA-agent-on-the-run to Jolie in Salt, where she proves, once again, that she can credibly play a kick-ass expert in mayhem. Like Tigress, Jolie’s Evelyn Salt is a force to be reckoned with. Or we could go with Jolie's portrayal of Tomb Raider's Lara Craft, another martial arts expert with a penchant for kicking major butt.

Featured Image: Turbo (voiced by Ryan Reynolds) puts his heart and shell on the line to Turbo-charge his own impossible dream: winning the Indy 500. Courtesy DreamWorks Animation/Twentieth Century Fox