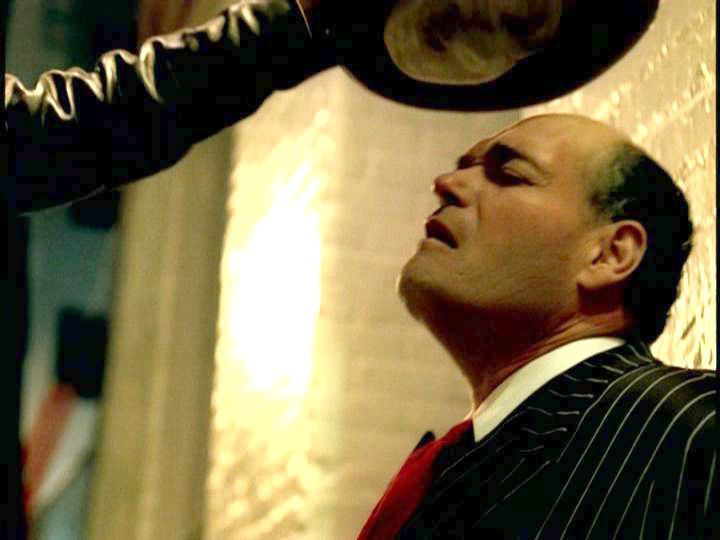 Comic-Con 2013: In Praise of the Character Actor

In recent years there has been a rise in appreciation of those most special of actors–the character actors. You know them precisely by never really knowing them–you recognize their face, you appreciate their work, but you can rarely recall their name (if you ever knew it in the first place).

Irwin Keyes, character actor extraordinaire, is happy to explain the difference between a supporting actor and a character actor.  “It’s not just supporting the lead,” he says. “It’s a different kind of part.  You may only see us in one or two scenes, but we stand out.  It’s like a punch in the face.  You can’t forget them.  It’s special, unique.”

He is proud to be a character actor and wishes they got more recognition from critics. When he appeared in the Coen Brothers film Intolerable Cruelty as Wheezy Joe, the asthmatic hit man, he had mixed emotions as he watched Roger Ebert and Gene Siskel call his scene a highlight in their TV show review of the film but never mention his name. They even brought the scene up again on the following episode.

He ran into him Ebert at a Starbucks and told him this story and was gratified that Ebert graciously agreed that Keyes was right. But few reviews mention character actors and few movie fans know their names.

But this fact is changing—just check out this incredible Pinterest page celebrating those actors we all love…but can’t quite name. They’re often called ‘That Guy’ or ‘That Girl,’ and there are pages devoted to them like this one. The website The Conenctivist put together this beautiful slideshow highlighting some of the top That Guy’s working in TV today.

Despite the love of the That Guys and Girls working in film and TV today, Keyes still feels it was better in the movies of the 1930’s and 40’s. “It used to be an ensemble. Now the lead is more important and you can’t take the focus away from him.” He praised his Intolerable Cruelty co-star George Clooney as old-school in treating the other actors well. “He is a pleasure to work with.”

Keyes enjoyed working with the Coen Brothers on that film. “One will come over and whisper an idea in my ear. Then the other one will come over and whisper in the other ear and tell me to do the opposite.  I have to figure out something in between. They are a lot of fun to work with. Like Hitchcock, all the idea work is done before the shooting starts.” They appreciate a character actor–they've turned character actors into full blown stars (a great example is Steve Buscemi, once deemed too strange looking to be a lead, now the head of the fantastic ensemble Boardwalk Empire on HBO.)

Keyes other appearances include six episodes of “The Jeffersons,” “The Flintstones,” “The Warriors,” television commercials, video games, and horror films like Rob Zombie’s House of 1000 Corpses. When he demonstrated for Zombie his “horror laugh,” it became a motif in the film.

Keyes says that the most important thing in playing a scary character is not anticipating what the audience’s reaction will be. For comedy, he says the key is to underplay it. “The laughs will come if the words are funny.” For both scary and funny roles, his secret is “a light touch and a heart of gold.”

Whether or not Keyes feels character actors are appreciated, this much is clear—so long as he keeps that light touch and heart of gold in tact, the most important people of all will appreciate him—directors.