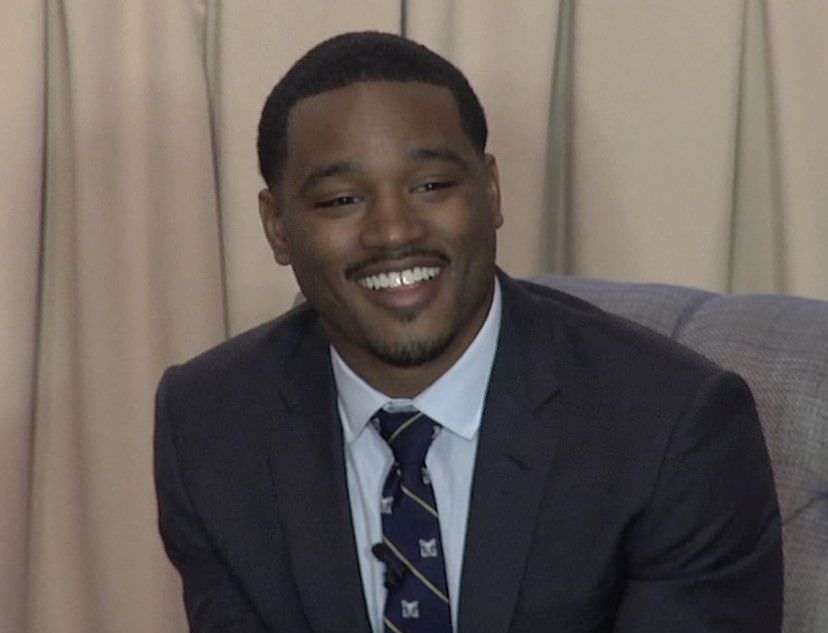 Few directors fresh out of film school can boast their first feature-length movie is a likely Oscar contender, but Ryan Coogler could be one of the few with Fruitvale Station. The movie, which Coogler wrote and directed, won the Grand Jury Prize for Dramatic Feature and Audience Award for U.S. Dramatic Film at the 2013 Sundance Film Festival, and also won the Avenir Prize – Un Certain Regard at the 2013 Cannes Film Festival. Coogler, who graduated from the USC School of Cinematic Arts in 2011, is now on a whirlwind tour promoting Fruitvale Station.

“It’s a tough movie to watch,” the director admitted at a screening held at the MPAA in Washington, D.C. on June 25. After all, Fruitvale Station is about the last day of a man’s life and is based on true events. And Coogler has an emotional connection to the material that prompted him to make the film.

Coogler was still a student in 2009 when Oscar Grant was shot to death by a Bay Area Rapid Transit District (BART) police officer early on New Year’s Day at Fruitvale Station. Grant’s shooting, caught on tape by fellow passengers, went viral in the Bay Area, prompting riots and eventually the officer’s conviction on involuntary manslaughter. During his research, Coogler watched Oscar Grant get killed countless times in those videos.

Now 27, Coogler is the same age that Grant would be had he lived. He shot the film, with a micro-budget backed by Forest Whitaker’s production company, in the east Bay Area where both he and Grant are from. He filmed Fruitvale with the participation of the community and many of the people who knew Grant best.

“They were understandably very apprehensive,” Coogler said of the community. “I had to be honest with them: I wasn’t going to sugarcoat it.”

Talking to Coogler prior to the screening, it’s clear that making the film involved a constant process of pitching himself to the various interested parties, ranging from Grant’s mother and fiancée to officials from BART, which plays an ominous role in the film.

“The community really banded around us. We hired local crew; people opened their homes to us to film,” he told The Credits. “Massive government institutions opened up their doors to us: Highland Hospital, where they attempted to save [Oscar]; San Quentin, where Oscar was incarcerated, we shot that in the real facility; and most importantly, BART: we shot in the actual station.”

Coogler thinks his personal connections to the area helped him get his foot in the door, but he also credits Whitaker’s reputation and the film’s tight focus.

Coogler chose to make a fictional retelling rather than a documentary because he not only wanted people to get to know Grant apart from the news images, but it was also a choice for expediency. He noted his favorite documentaries “took a very long time to make.”

“We based every creative decision on research that we had,” Coogler said. “Some characters were combined; there were situations where we took small artistic license. But for the most part, we stayed within the structure of it.”

The film has been well-received by the Bay Area, where several screenings were recently held, though Coogler said he kept his focus on artistic choices rather than the community’s expectations while making the film. “It was constantly there, the things that this film meant to certain people,” he said. “At the same time, I would look at the flipside of it, and say, you know, ‘It’s just a movie,’ you know what I mean, like many others. If I were to sit down and think about all the other ramifications, I might not be as effective as I need to be in terms of the day-to-day decisions that actually affect the film.”

Nevertheless, he acknowledged that the real events at the core of the film helped “fuel” the crew–many locals and fellow USC graduates–and cast, which boasts Michael B. Jordan as Grant, Chad Michael Murray as a BART officer, and Octavia Spencer as Grant’s mother Wanda. (The idea of casting Spencer, fresh from winning an Oscar for “The Help,” originally prompted Coogler to scoff to his agent, “She’s not going to come shoot in my grandma’s house, man.”)

It's safe to say many, many actors would be more than willing to shoot in Coogler's grandma's house, or anywhere else he was planning to film a movie.

Fruitvale Station is a triumph.