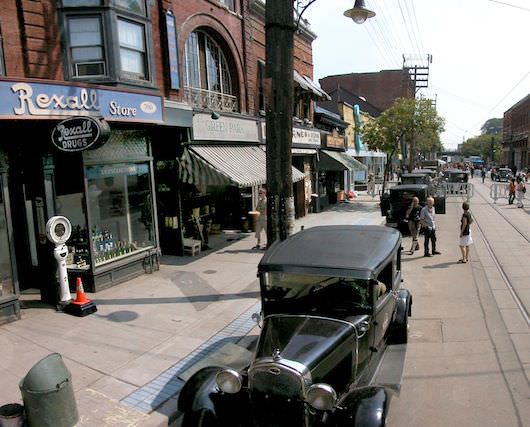 Most people are probably confident in their ability to distinguish between Atlanta and Rio de Janeiro, or Tokyo and Toronto. Movies blur those geographic distinctions, however. Just as an actor assumes a persona completely different from himself, so too can cities take on alternate identities on the silver screen.

In North America, Georgia and Ontario are increasingly recognized for their city-doubling abilities and, with the help of competitive and attractive tax incentive programs, are ideal chameleon cities for many film productions. (California, however, is already having a big year thanks to their tax incentive programs.)

“Out jurisdiction has actually been known for sometime for our chameleon-like ability,” says Donna Zuchlinski, the Ontario film commissioner with the Ontario Media Development Corporation. “And it’s not just New York City we double for but, other big U.S. cities like Washington, Chicago, Boston and more.”

A thousand miles south, Georgia offers a similarly flexible palette for directors to chose from. “We have a lot of great looks here,” says Lee Cuthbert, the location specialist in the Film, Music and Digital Entertainment Office of the Georgia Department of Economic Development. “We can be almost anything.”

Toronto and Atlanta have never been strangers to film—Marilyn Monroe shot Niagara in Ontario in 1953, and Deliverance filmed in Georgia in 1972—but until relatively recently, the film industry tended to be location-driven. That all changed when tax incentives came into play. In 2008, Georgia began offering a robust incentive program of up to 30 percent for qualified productions, including most feature films, television shows and reality series. Likewise, Ontario offers a 25 percent credit that covers labor and all eligible spending, and the federal government provides an addition 16 percent credit for hiring local labor.

Since introducing those incentives, both Georgia and Ontario’s film industries have boomed. Last year, film and television contributed $1.28 billion to Ontario’s provincial economy, accounting for nearly 29,000 full-time direct and indirect jobs, representing a 90 percent increase in economic activity since 2008 and earning it the nickname Hollywood North.

In Georgia, each year since 2008, film industry spending has increased 20 to 30 percent as bigger projects with bigger budgets and longer schedules decide to base their productions in the state. “Everything is continuing to show growth here in Georgia,” Cuthbert says.

For local communities, the benefits of having a film crew come to town are tremendous, though difficult to quantify. Crews rent out hotels, eat at local restaurants, use local services and hire local help. They also bring recognition to their set locations. Since Jennifer Aniston filmed Wanderlust in Clarkesville, Georgia, and spoke about how much she enjoyed exploring that part of the state, the town has enjoyed an increase in visitors and attention. Likewise, Cuthbert expects the second Hunger Games installment to generate significant film tourism in the state. To help potential film tourists identify their destinations, the state set up ComeTourGeorgia.com, which provides do-it-yourself trip ideas as well as pointers to organized movie-location tours.

Though every production is different, both the Ontario and Georgia offices typically follow a set action plan for identifying and choosing locations. When a producer decides to reach out to Cuthbert or Zuchlinski, they first discuss what they’re looking for in terms of location, and then send over the script. Then Cuthbert or Zuchlinski reads over the script, and then pulls together a look-book of potential filming locations. Georgia maintains a database of over 100,000 images sorted by category, while Ontario’s digital database contains around 11,000 locations. From there, directors or producers chose the images they think may have potential and visit those sites in person to scout out specifics and meet the local personnel.

Filmmakers can see the hidden potential to mold such sites to meet their cinematic vision. For Guillermo del Toro’s upcoming Pacific Rim—the largest feature film shot in Toronto to date—filmmakers dressed up a downtown street to look like Tokyo. With the added help of a little computer-generated imagery, Toronto morphed into Edo with little fuss. Ontario even stood in for Antarctica in Matthijs van Heijningen Jr.’s The Thing. Filmmakers spruced up an old gravel quarry just outside of Toronto in the winter, setting much of the movie’s filming at the bottom of the pit. “With the addition of some CGI, they very realistically turned it into the Antarctic,” Zuchlinski says. 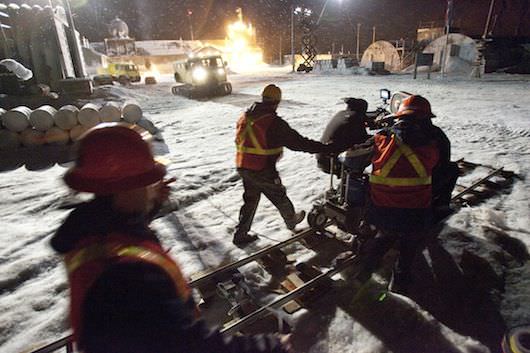 Georgia, too, has had its fair share of chameleon exploits, standing in for Rio in Fast Five, Memphis in The Blind Side and Florida and Colorado in Identity Thief. “Filmmakers know how to shoot tight and fast, and now with computer special effects they can easily take buildings in and out of the background,” Cuthbert says.

“It’s always great to go to the big screen and see a movie shot here and try to figure it out,” she continues. “Sometimes I honestly cannot tell and sometimes I say, ‘Oh, there’s my bank!’”

But even the chameleon cities do have their limits. Ontario draws the line at mountains and beaches. “We have some nice big hills,” Zuchlinski says, “but when it comes to films that need mountains or beaches, we unfortunately cannot provide that.

Rugged desert, on the other hand, is Georgia’s kryptonite. Cuthbert has had to turn down a few projects looking for Afghanistan or Iraq stand-ins.

“I received a funny email recently, a guy said ‘Send me a picture of your fjords,’” Cuthbert laughs. “The port of Savannah is beautiful, but it’s not very fjordish.”