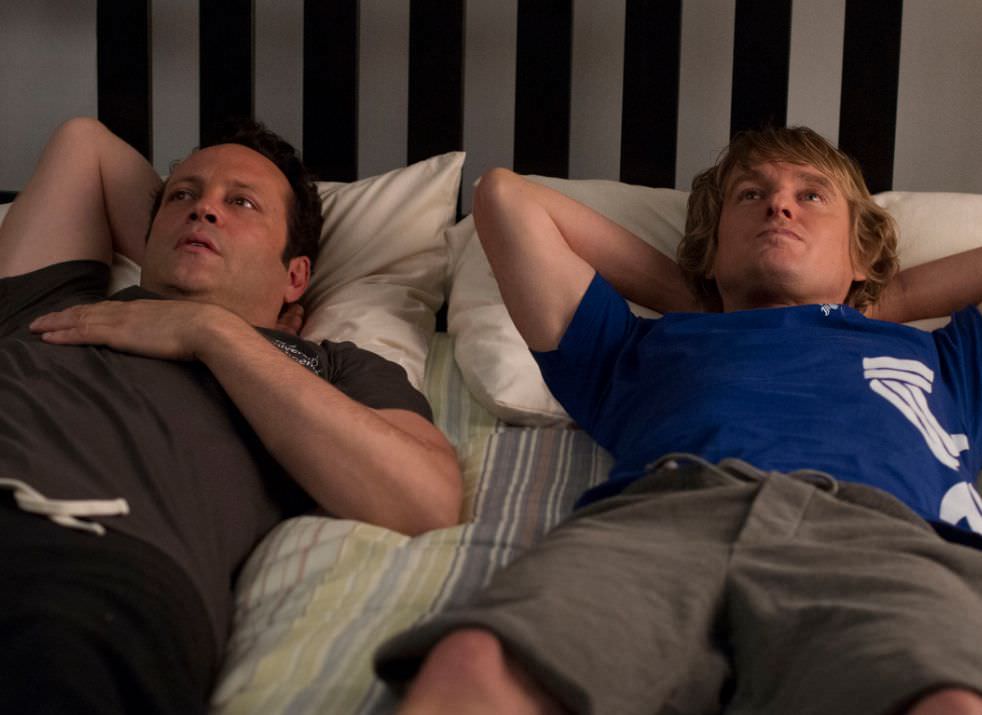 The Internship: Bringing “Start Over” Comedies into the 21st Century

To celebrate the release of this weekend’s soon-to-be Vince Vaughn/Owen Wilson classic, we’ve chosen ten of our favorite career-in-crisis comedies released since 1980. (Sorry Baby Boom, you were thisclose!)

The poor little rich girl-turned Army recruit comedy was co-written by Nancy Meyers (Something’s Gotta Give, It’s Complicated) specifically for Goldie Hawn, and it marks the first film the actress produced a film, earning both Oscar nominations and a $70 million box office gross.

The on-set mood of this midlife crisis–cum–cross-dressing comedy was anything but light, owing largely to tension between Dustin Hoffman and director Sydney Pollack, who later said, “No one ever laughed during the shooting of any scenes of the film. It's only funny because of its story structure." To prepare his female voice, Hoffman reportedly practiced reading lines from A Streetcar Named Desire with his Kramer vs. Kramer costar Meryl Streep.

It’s hard to imagine anyone but Dan Aykroyd and Eddie Murphy playing Louis and Valentine, but the film was originally conceived as a vehicle for Gene Wilder and Richard Pryor. When producers cast Murphy as the literal rags-to-riches lead, the actor—hot off his big-screen debut in 48 Hours—suggested Aykroyd, his fellow Saturday Night Live alum.

What can possibly outshine the cameos from Oingo Boingo, Kurt Vonnegut and Michael Bolton in this tale of one man’s quest to get the college diploma that eluded him some forty years earlier? That the classroom Rodney Dangerfield takes his final oral exam in is the same one in which Jennifer Beals’ nailed her final audition in three years earlier in Flashdance.

It’s no coincidence that this Steve Martin–Rick Moranis witness protection sendup bears a striking if not entirely bizarro resemblance to Goodfellas, Nick Pileggi’ biopic released the same year. Heaven was written by his wife, the late Nora Ephron.

Ironically, it took many people multiple viewings to recognize Groundhog Day’s genius—even Roger Ebert revisited his review ten years after it’s release, upgrading it from three to four stars and saying, “Groundhog Day is a film that finds its note and purpose so precisely that its genius may not be immediately noticeable. It unfolds so inevitably, is so entertaining, so apparently effortless, that you have to stand back and slap yourself before you see how good it really is.”

Thanks to piglets’ rapid rate of growth, for the sake of continuity, producers had to use 48 different Yorkshire pigs and one animatronic double to portray the titular hero who improbably finds his second act in life as a sheepdog stand-in.

Though an expulsion from his private school forces Max Fischer to start over at a public high school clear across town and a world away, in reality, the film was shot at two different schools that occupy the same city block in Houston.

Are Anna Faris’ comedic chops still considered unsung (her Cameron Diaz spoof is arguably the best part of Lost in Translation)? If so, let us be the ones to belt out more kudos for the actress, who pitched her own concept about what happens to Playboy bunnies when they age out of the famous mansion. Adam Sandler’s Happy Madison Productions eventually brought it to life.

Can a man build a career in the talkies after a successful silent film run? After starring in the first silent film to win the Academy Award for Best Picture since they were created in 1929, Artist star Jean DuJardin seems to be. The Best Actor-winner, previously unknown to American audiences, recently wrapped Martin Scorsese’s The Wolf of Wall Street with Leonardo DiCaprio, and he’s currently filming George Clooney’s The Monuments Men with Matt Damon and Cate Blanchett.