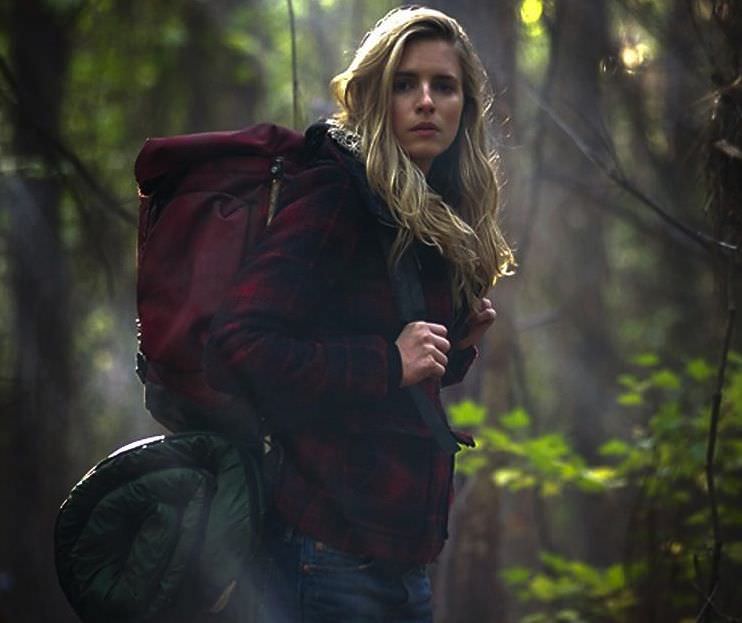 More than a Thriller: The East’s Real-Life Environmental Radicalism

How far would you go to fight for what you believe in? For some characters in Fox Searchlight's new film The East, the answer includes violence against the companies and individuals they oppose, and even self-sacrifice of their own lives. Many real-life radical environmentalists may agree.

Far from just another heated Hollywood fiction, The East reflects a history of anarchist environmentalism dating back to the 1980s. Co-writers Zal Batmanglij and Brit Marling learned about these ideologies first-hand by spending a buy-nothing summer living off the grid. Like the characters in their film, they hopped trains, dumpster-dove for their food and crashed in abandoned buildings with dozens of young nomads who rejected conventional living.

“We were interested in creating something organically modern or raw that emerged from our experience of being frustrated with the world around us,” Batmanglij said in a phone interview. “People ask why our generation is so passive, but I think it’s this horrible feeling that people feel things are too broken to fix.”

“We were addressing these things to get people excited,” he says.

The East follows former FBI agent Sarah Moss, played by Marling, as she infiltrates an anarchist collective to gather information for her employer, a private intelligence group that works to protect billion-dollar corporations. But as Sarah gets to know her fellow anarchists, she begins to come around to their way of life and ideals.

“This film is an expression of our personal exploration of how to confront major environmental challenges as concerned citizens and activists,” Batmanglij and Marling wrote in an email. “Rather than produce another depressing documentary, we decided instead to take a risk dramatizing these issues with a powerful story that presents more questions than answers.”

Documentaries often wind up only reaching viewers who already agree with the film’s message, but Batmanglij and Marling wanted to have a more encompassing scope for their audience. A gripping espionage thriller with an all-star cast would likely be the most effective means of doing so, they decided.

Luckily, many actors agreed. Oscar nominees Ellen Page and Patricia Clarkson signed on, as did True Blood heartthrob Alexander Skarsgård. According to producer Michael Costigan, all three decided to take part because the film represented ideas they believed in.

“The film has a point of view, but it’s not preachy,” Skarsgård said in a statement. “Who are these people? Is what they’re doing right or wrong? The question is, morally, where do you draw the line?”

According to Bron Taylor, a professor at the University of Florida specializing in environmental movements, crossing into that world requires a person to adhere to what Taylor calls the three pillars to radical environmentalism. First, they must have a spiritual and ethical claim, usually asserted as the belief that all forms of life have value, regardless of whether or not they’re useful to humans. They also tend to believe that human beings are precipitating a massive extinction crisis.

In The East, Page’s character, Izzy, expresses such spirituality and ethics when she sees a slain deer and insists that she and her normally-vegan friends honor the animal and not let it go to waste by eating it. “Every living thing gives us life, so how can we not want to respect that and protect it?” Page commented of her character’s motivations. “The ethics of it all become very muddled.”

The real clincher to radical environmentalism, though, is politics. On the moderate end, radicals believe that corporate wealth and power has corrupted politics to such an extent that democracy itself is either significantly eroded or is a sham. At the extreme, some believe that democratic institutions are just another front for unbridled corporate capitalism—and that that inherently destructive system must be brought down entirely.

“So you have government and corporate elites conspiring to, at all costs, make a profit at the expense of this intrinsically valuable natural world,” Taylor says. “In order to arouse the public so they know what’s going on, you need to deploy civil disobedience and protests.”

The East’s anarchist radicals alert the public by undertaking dangerous and potentially harmful demonstrations against corporate leaders, such as poisoning them with their own pharmaceuticals or making them swim in toxic chemicals.

While The East goes so far as to cause potential bodily harm to humans, most real-life radical environmentalists are deeply committed to a non-violent approach when it comes to other humans. 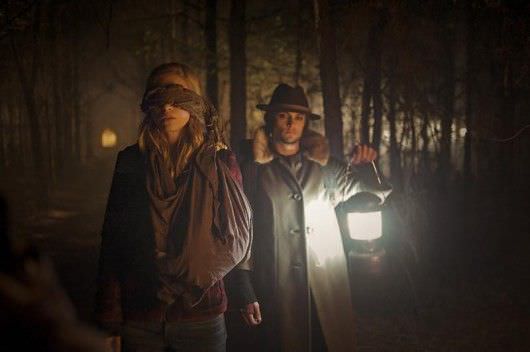 “People are aware that protests are more effective if they keep the moral high ground,” Taylor says. “As one activist told me in the early 90s, ‘Do you really think we’re such idiots that if we were terrorists we wouldn’t have managed to kill anybody by now?’”

“On the other hand, there are anarchist wings that want to—and this is their words—‘just f**k sh*t up’ as a strategy to bring down industrial civilization,” he continues. “It’s certainly conceivable that there would be very small groups that might emerge and would like to deploy strategies involving lethal violence, but so far this has just been talk.”

It’s such a difference of ideals that ultimately divides the characters of The East.

“We don’t have the answer—maybe that’s an issue with the movie,” Batmanglij says of the best approach to effecting change. “But man, I don’t want to wait until I figure sh*t out to make stuff and start a conversation.”

Like the diverse anarchists of The East, people reach radical environmentalism through all sorts of paths, such as religion, scientific learning or personal experiences. Some, too, cite books and films as the original impetus that turned them on to environmental issues. Many activists Taylor has interviewed mention J.R.R. Tolkien’s works as well as films such as the 1985 The Emerald Forest as significant guiding forces on their pilgrimage to radical environmentalism. Batmanglij himself recalls watching Captain Planet as a kid, and he made sure The East received a PG-13 rating so it could reach younger viewers.

“Theatrical films with good drama are very effective at evoking and kindling new understandings, which in turn inspire new concerns and new forms of political action,” says Taylor, who is publishing a book on Avatar’s role in environmentalism. “There’s going to be a generation of environmental activists who report that Avatar was very significant for them, and my hunch is that there will be people for whom The East will be an important part of their environmental awakening or radicalization as well.”