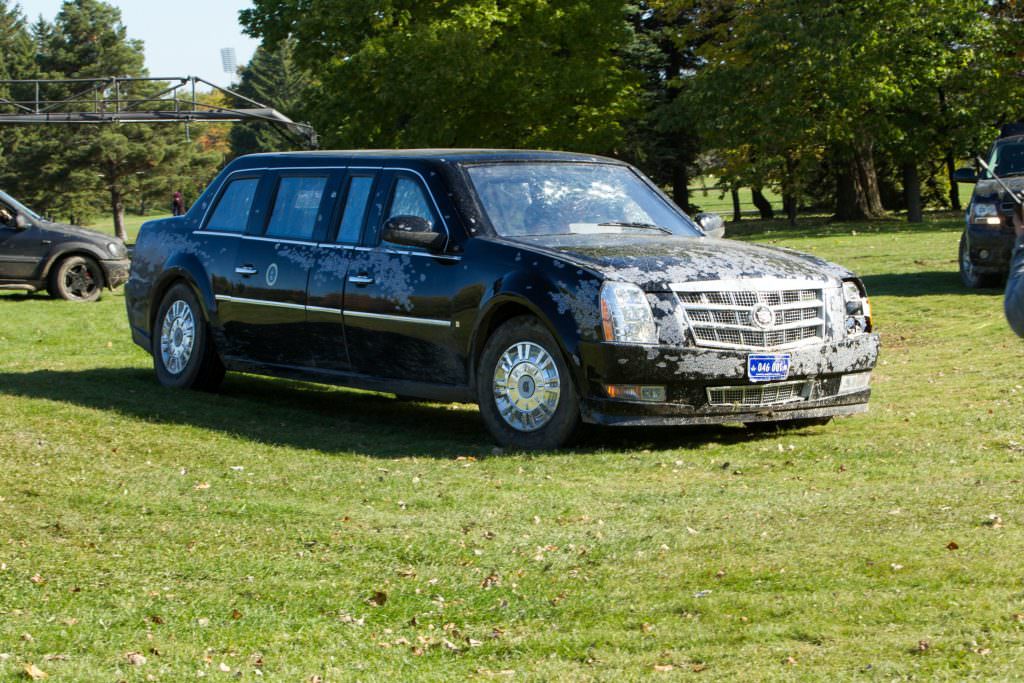 How’d They do That? Creating the Presidential Limo in White House Down

White House Down, which opens today starring Jamie Foxx as the President and Channing Tatum as the man who springs into action when the White House is besieged by a paramilitary unit, isn't a gear-head car movie. It’s a pure, fun action flick—a buddy movie where one of the buddies happens to be the leader of the free world. But that didn't stop Columbia Pictures, the studio behind the movie, from obsessing about creating one particular car — the Presidential limo.

Building a movie stand-in for the limo used by U.S. President Barack Obama is not easy. That's because mystery is a tactical advantage when it comes to protecting the President. Sharing information about the vehicle could reveal a vulnerability.

The vehicle gets periodic updates, is replaced altogether every several years, and that's where the Secret Service would prefer to leave the topic.

Well, there is one fact the government will comment on: the car's name.

Dan Bongino, a former Secret Service agent who'd worked on car duty, says that while it's fashionable among network news reporters to call it the Beast, and it is a monster of a car, "we don't call it that. It's called the parade limo."

Details were important to the filmmakers because a good portion of the action in White House Down (which hits theaters today) takes place in the limo, occupied by Channing Tatum and Jamie Fox. The studio didn't want something that looked like a prom limo that had just been swabbed out.

It became the job of Cyril O'Neal, owner of Ghostlight Industries, to conjure up a facsimile of the unique car. Ghostlight rents vehicles to moviemakers (it owns about 350 vehicles) and builds others to order.

Ghostlight has been around for about a decade. It made the Nazi "ducks" used in the most recent Indiana Jones movie. Its handiwork appears in the just-released World War Z, and Ghostlight cars will co-star in the upcoming Need for Speed.

O'Neal and his team started designing the movie version of the President's car — an all-new version of which was delivered by General Motors in 2009 — based solely on photographs of its exterior and a single interior photo.

"We also had one or two photographs of the President getting out of the car, so we saw what the door looked like and some surface treatments," he says.

The rear seats are one of the many details that O'Neal's team got right, according to Bongino

All previous Presidential limos had a cloth bench seat in the back. The new model originally had a leather bench that was so polished that anyone sitting there would slide un-Presidentially across the seat on turns, says Bongino.

"They had the bench replaced with one that had divots for people's, uh, back sides," he says.

"The body of the White House Down car is completely custom-made," says O'Neal. 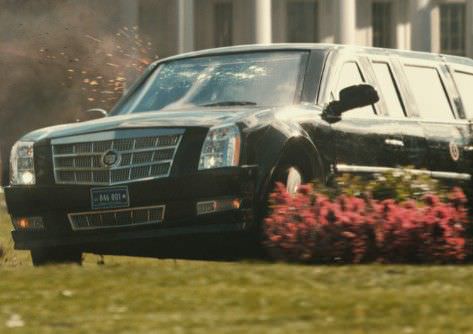 In designing the exterior, Ghostlight keyed in on the limo's headlights, which are stock GM fixtures. Knowing the dimensions of the lights, employees could determine all of the limo's dimensions.

From there, "we took a (Chevy) Suburban, and stretched and widened its chassis to such an extent that I realized later that we could have saved ourselves a lot of time by creating our own chassis out of two pieces of steel," O'Neal says.

Indeed, the 2009 Presidential limo is built on a truck chassis, too, says Bongino, now a small-business owner. "The previous limo was built on a car chassis," he says. "The new one has an Escalade frame. If you look at it from the front, you'll see that it's not a car. It's higher."

Better clearance is just one of the lessons learned in Afghanistan and Iraq that were applied to the limo, he says. Damage wrought by improvised explosive devices there informed the design of the real limo.

More than that Bongino would not say.

Ghostlight ordered a GM LS3 engine, which typical produces 300 horsepower or so. This one, however, was tweaked at the factory to unleash 500 horsepower.

Why all the muscle?

O'Neal knew that despite the fact that the movie car would have a fiberglass body, it still would be heavy.

O'Neal says, "We needed to be able to pitch out the rear, smoke the tires and do all the stunts," required by film director Roland Emmerich.

Ghostlight also needed to keep the cast and crew in the movie car from melting under the lights. That meant installing a beefier air-conditioning unit.

"It's the nature of this particular vehicle that roll-down windows are a bad idea," he said. No doubt that's as true for the real limo as the one that holds Jamie Foxx and Channing Tatum.