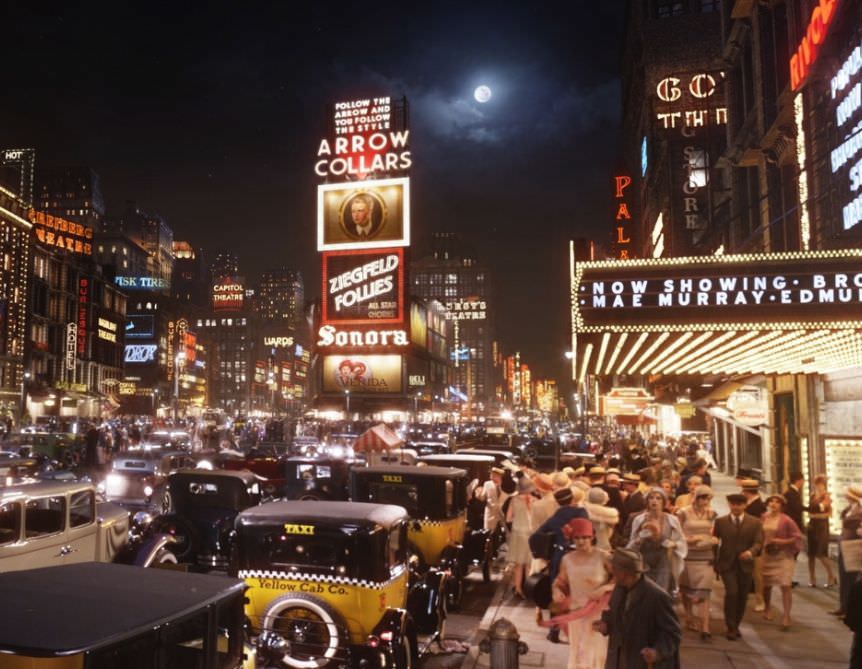 How’d They Do That? Building 1920s New York in The Great Gatsby

Digital FX firm Animal Logic helped craft the extravagant, hyper-vibrant world of New York in the roaring 20's for Baz Luhrmann's The Great Gatsby. But how?

They lovingly refer to themselves as “animals,” but the staffers at Animal Logic, based at Fox Studios in Sydney, Australia, are really masters in special effects and animation. The company, which derives its name from the two sides of the business (the physical/creative and cerebral/technical), was co-founded in 1991 by Zareh Nalbandian, now CEO and Producer. It has since grown significantly and evolved to become one of the world’s leading design, high-end visual effects and animation studios.

Animal Logic’s core work began and remains in part with commercials and television programs, with ads for Visa, Nike, Coca-Cola and Chanel No. 5 (the above video featuring Nicole Kidman in a Baz Lurhmann-directed spot) and projects for the Cartoon Network, the Discovery Channel and Australia’s Network Ten. Within the last decade or so, however, the studio has segued successfully into feature films. Movies including The Matrix, Moulin Rouge!, The Lord of the Rings: The Fellowship of the Ring, 300, Happy Feet and now The Great Gatsby illustrate the deft touch of Animal Logic.

Indeed, its capabilities, creativity and technical expertise have not gone unnoticed. Thanks to a dedicated workforce of more than 500 between its Sydney headquarters and creative front-end/production studio in Los Angeles— and partnership with Fuel VFX in Newtown, Sydney, which joined Animal Logic’s group of companies in 2012—the studio has been recognized with Clio, BAFTA and Australian Academy of Cinema and Television Arts awards. And Happy Feet, the first digitally computer-animated feature to come out of both the studio and Australia, took home Oscar gold for Best Animated Feature Film in 2007.

The Credits reached out to Animal Logic’s Ingrid Johnston, VFX Producer, and Andy Brown, VFX Supervisor, about working on The Great Gatsby, future projects, and how the studio is advancing animation and special effects down under.

The Credits: How did Animal Logic become involved with The Great Gatsby?

Johnston: We previously worked with both director Baz Lurhmann and VFX Supervisor Chris Godfrey on projects such as Australia, Moulin Rouge! and the Chanel commercials, so The Great Gatsby was an obvious continuation of this relationship. Also, shooting in Sydney, including a signification portion on sound stages and only partial locations, meant the VFX component of the film was extensive and required a studio with experience in large-scale projects and full-environment creation.

How long did you work on the film and how many people were on the team?

Johnston: From the shoot to final delivery was just over a year and a half—roughly four months of principal photography, followed by 15 months of shot production. We had 175 people working directly on the film, from the art department to final compositing. Of course, there also were numerous others supporting the project, including people from R&D, IT and HR. The team overall was a mix of Australian and international artists from New Zealand, the U.S., UK, Italy, France, Canada, Germany, India, Korea, Singapore, Columbia, Mexico and Hong Kong.

What specifically did Animal Logic contribute to the film??

Brown: We contributed to many of the sequences, creating environments that were used across multiple scenes in some cases. Specifically, we created Times Square, the Queensboro Bridge and surrounding areas, the High Line, wide aerial vistas of 1920s Manhattan for the opening and end of the film, and the streets and life surrounding Myrtle’s party in Manhattan. We also established the Valley of the Ashes on Long Island, Buchanan’s mansions with surrounding polo fields and manicured gardens, and Gatsby’s fantastical mansion, extensive gardens and exteriors, along with interior ballroom detail for both the party sequences and the scenes revolving around Gatsby and Daisy’s bourgeoning affair.

How were these effects technically produced?

Brown: We used a lot of different techniques on Gatsby. To name a few, the opening establishing shots of New York used aerial plates shot above Manhattan as a base for a projected matte painting. We modeled projection geometry of the city using period aerial photographs as reference, and then re-projected textures taken from a three-week stills shoot of period buildings in Manhattan. The contemporary buildings were replaced with the skyline from the 1920s and we added finger wharfs and ships into the Hudson River below.

The High Line and Times Square employed full CG sets populated with digital extras and vehicles integrated with live-action foregrounds shot against green screen. And the majority of our Long Island environments was a combination of full CG and projected matte paintings.

We used Maya integrated with Animal Logic’s proprietary toolsets for modeling, layout, animation, surfacing and lighting; Renderman for the CG components; and our new physically based lighting and shading pipeline called PHX, which enabled our lighting team to produce outstanding photoreal images in a single beauty pass.

What were the greatest VFX challenges?

Brown: The biggest challenge of course was to create the 1920s environments of Long Island and New York and then incorporate all the various sets and locations that were shot into those large CG sets. The Long Island set proved to be complex to stitch together, because it needed to incorporate multiple locations and sets that were shot for Gatsby’s mansion, Nick’s cottage and Buchanan’s estate. Each set was lidar-scanned and then stitched together so that the alignment of the various locations fit perfectly with Baz’s layout and design.

Can you talk about future Animal Logic projects?

Johnston: Other upcoming projects include Warner Bros' The LEGO Movie and Fox’s Walking With Dinosaurs 3D. Many of the artists who worked on Gatsby are now in shot production on Lego or other film or commercial projects at Animal Logic Fuel. We’re also in the early stages on a couple of other feature films moving into production next year.

Happy Feet was the first animated/VFX film to come out of Australia. What role has Animal Logic played in the industry since then?

Johnston: We’ve continued to develop and produce animated feature films, including Legend of the Guardians: The Owls of Ga'Hoole, and advance the industry and set new standards for what can be achieved. We also work with the government to ensure that incentives keep Australia a competitive location for international productions, and offer training and internship programs to find up-and-coming Australian VFX and animation artists.