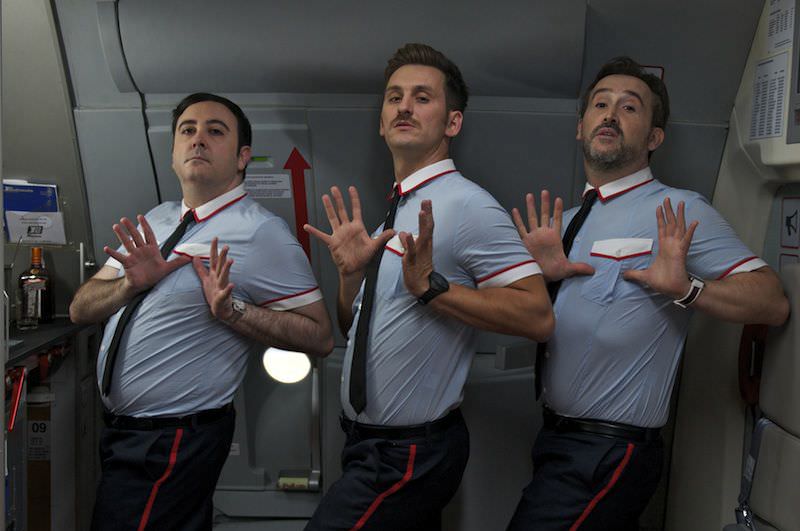 From Philadelphia to Wong Foo, Thanks For Everything, Hollywood!

In 2010, following a tragic rise in suicides among LGBTQ youth, Dan Savage and his husband Terry Miller founded the It Gets Better Project. The campaign set out to deliver the powerful message that despite moments of hopelessness, bright futures abound for bullied youth.

In just a few years, the campaign has attracted messages of support from over 50,000 including President Barack Obama and movie star Daniel Radcliffe. It Gets Better videos have been collectively viewed 50 million times to reach (and likely save) countless lives.

This campaign does an extraordinary job of reaching LGBTQ youth where and how they live: online and across social networks with short, relatable messages of encouragement. Prior to the campaign, there were limited platforms for gay youth to connect with role models. One of the few outlets for struggling gay youth (especially those who pre-dated the Digital Age) was the world of film.

Hollywood has a history of creating transformative content. Avatar changed our perception of what’s technically possible and films like To Kill a Mocking Bird and In the Heat of the Night opened up a discourse on race relations. Similarly, films like Philadelphia and Milk have brought gay issues to the mainstream and moved the needle towards a culture of acceptance.

Movies have long been hailed as vehicles for escapism, but for isolated members of the LGBTQ community, they have represented a rare opportunity for transcending the limits of cultural acceptance. Through movies, gay characters and narratives have translated into real world advocacy – serving as powerful catalysts for substantial acceptance of the gay community beyond the screen.

Philadelphia, released in 1993, was one of the first films to accurately depict gays and lesbians. Through the lens of a stoic lawyer “everyman” played by Denzel Washington, it also lessened the stigma of the misunderstood AIDS virus. The film put a face on suffering and gave the tragic epidemic depth and humanity.

The release of biopic Milk coincided with rallies and demonstrations across the country, further galvanizing LGBTQ supporters to protest Proposition 8 – the ban on gay marriage.

Even Hollywood’s less socially impactful films have had a massive impact. I grew up gay in a rural community in Iowa where I recall watching Sweet Home Alabama and being encouraged by how quickly Ethan Embry’s closeted character was accepted by his fellow honky-tonks.

My coming of age (and coming out experience) was punctuated by memorable scenes from iconic and not-so-iconic films. When I was just 14 I watched Adam Sandler’s Big Daddy and was reassured by the presence of a “normal” on-screen gay couple. In my late teens, I watched the heartbreaking Angels in America and felt a stronger than ever connection to a community I barely knew. Valentine’s Day (a gay Bradley Cooper), Easy A (below), The Hours and Interview with a Vampire all moved me in some way. The list goes on and on and will surely continue to grow with upcoming films like I’m So Excited! and The Dallas Buyers Club.

What’s just as exciting as Hollywood’s embrace of smart, complicated gay characters is the evolution of how we consume content. It’s easier than ever for us to seamlessly access the movies we love. What does this mean in relation to gay issues?

First, it means that queer cinema has more distribution platforms than ever before. From the Gay and Lesbian channels on Netflix to Wolfe On Demand – a platform solely dedicated to LGBTQ films. It’s becoming increasingly difficult to argue that a once-controversial film doesn’t have an audience.

More interestingly, it means we’re moving another step away from the isolation many gay youth feel. With an expansive collection of queer cinema across platforms, the act of renting from a video store when you’re not openly gay disappears. Young people don’t have to request their local theater to get a film; they don’t have to drive to see something. Access to content online, in your home, means the reassuring experience of knowing it gets better can be either as private or as communal as you like.

Access to great gay films is indeed improving, and regardless of what sexual orientation you identify with, we’re all the better for it.