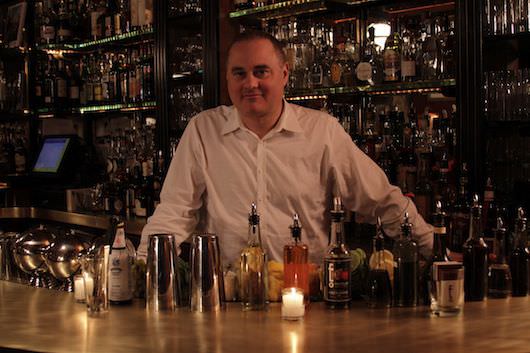 In the rollicking documentary Hey Bartender — which opened in select theaters and on iTunes and On Demand on June 7 — director-producer Douglas Tirola chronicles the resurgence of the craft cocktail — and the eclectic, opinionated characters who drink and pour them.

We chatted with Tirola, who has made docs about everything from poker (All In: The Poker Movie) to prison (An Omar Broadway Film) about getting lucky, “real movies,” and of course, bartending.

The Credits: Your company, Fourth Row Films, has made some pretty entertaining and important documentaries. Why did you decide to go the doc route, as opposed to making fictional motion pictures?

Tirola: I always liked documentaries, but I starting working on them by accident. An opportunity came about  to do An Omar Broadway Film [about Newark, New Jersey’s notorious Northern State Prison], and I decided to take that movie. It premiered at Tribeca Film Festival, and HBO Films picked it up. I got lucky with that first one, and that lead to some blind confidence to do more. After making one, I realized that all of my experience working mostly on studio pictures, and then as a writer in Hollywood, would actually help me be a better documentary filmmaker.

In what ways did that help?

I like to believe that what I bring to documentaries is an emphasis on storytelling and structure. And also remembering that it’s a movie. You hear a lot of people say, “Oh, we’re going to go to a real movie tonight,” meaning that a studio picture is a real movie and a documentary is not. I try and think of it as, when you’re going to see a movie, whether it’s a documentary or a scripted piece, you’re still going to see a movie for an experience. Certainly seeing a documentary is different from going to The Hangover Part III. In a movie like Hey, Bartender, I want to see certain things — drinks being made, and what it’s like to work at the height of the night when it’s really busy, and what bartenders do when the night is over. I also want to be surprised and see things I never thought about. 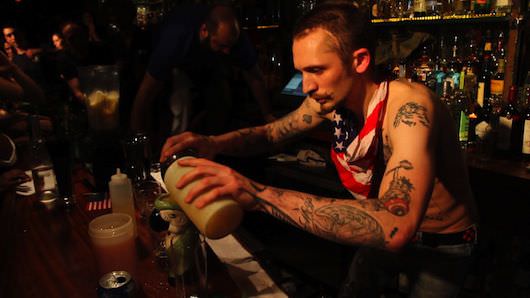 Why did you decide to cover the cocktail scene now?

Originally, I started out to try and make a movie about corner bars. Instead of going out with a notepad and talking to people and doing research, I thought, Let’s go film stuff immediately and see if it leads anywhere. I found out that it’s not a great time for corner bars. In the midst of figuring out whether this could be a movie or not, I got exposed to the whole movement of mixology and classic cocktails — this community that even people who consider themselves foodies wouldn’t know about. Once I saw that, I thought, this is the story that’s happening right now. This is the story that hasn’t been told. I’ve always had an affinity for bartenders. I’m an only child who used to go out to eat all the time, and we’d sit in the “grill” area, where the tables are near the bar. 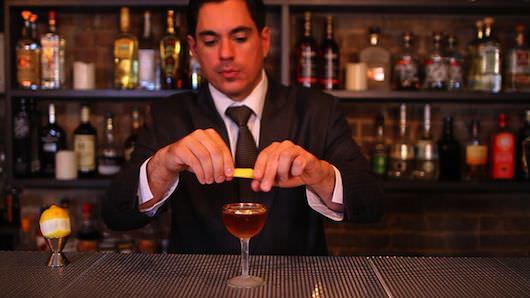 Were you ever a bartender?

I actually was a bartender my last year of high school and in college. I never brought that up during filming, because I didn’t want to approach these guys who were like master class, and be like, “Hey, I was a bartender too…”

How did you gain this unprecedented access to all of these exclusive bars and people, from Graydon Carter to Amy Sacco?

I talked to them a lot, and told them what I wanted to do, and put my time in. My approach is to build a rapport with people, so they have some confidence, and ultimately they trust you that you’re going to be fair — especially when you’re in an environment with alcohol and people’s barriers are down. I didn’t meet anybody on this movie who was like, “Hey, make me look good.”

How long were you actually filming?

It took between two and a half and three years.

Were there any epic nights?

When we filmed a Repeal Day party at Employees Only on December 5, and everyone was just so happy and really, really celebrating. They shut down the bar with just the regulars and people from other bars, and I thought, “This is something I’ve never, ever seen before on film.” It was just a great night. 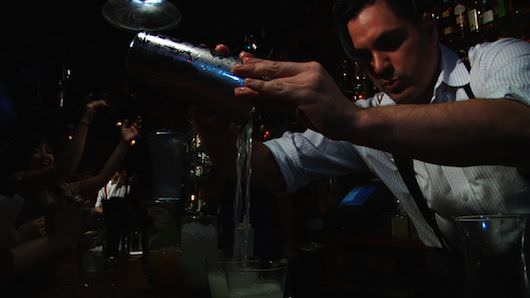 What advice do you have for filmmakers who would like to make a documentary?

First, you have to go out and start filming. Don’t let fear stop you from doing that. Also, what are you trying to say? What is the story you’re trying to tell? And do you really want to make a documentary? We probably could have made a version of this movie in six months, and said, “Hey, cocktails are popular.” But we took three years because we wanted to get it right