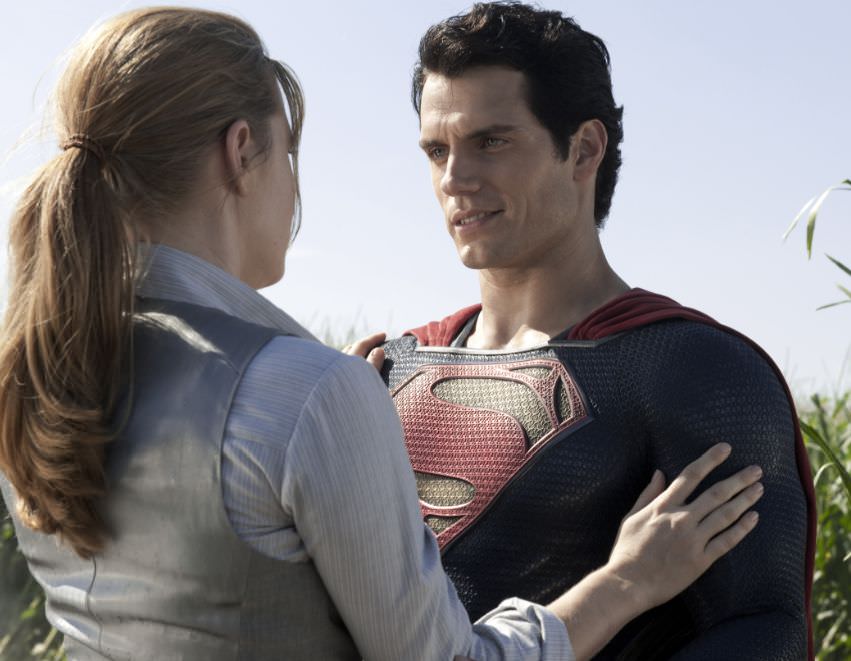 Chatting with Super Composer Hans Zimmer About Man of Steel

According to a 2007 British survey Hans Zimmer is considered “one of the world’s 100 living geniuses.” He shares space on the list with the likes of Stephen Hawking, Prince and Philip Glass.  Zimmer’s own list of achievements includes an Academy Award, several Golden Globes, Grammys, Lifetime Achievement Awards, a star on the Hollywood Walk of Fame, and dozens of film credits that attest to his significant contribution to many of the industry’s finest films.

Zimmer's scored a slew of classics. Driving Miss Daisy, Rain Man and The Lion King are a few of his famous past films, as well as more recent blockbusters like Pirates of the Caribbean, Madagascar, The Da Vinci Code, Sherlock Holmes, The Thin Red Line and Dark Knight. Today's release of Man of Steel continues this living legend's legacy of creating the mood and musical identity of some of our biggest films.

There may not be a single filmgoer who has not been touched by his music.  The Credits spoke to him about his craft, his passions, and his hopes for Man of Steel. 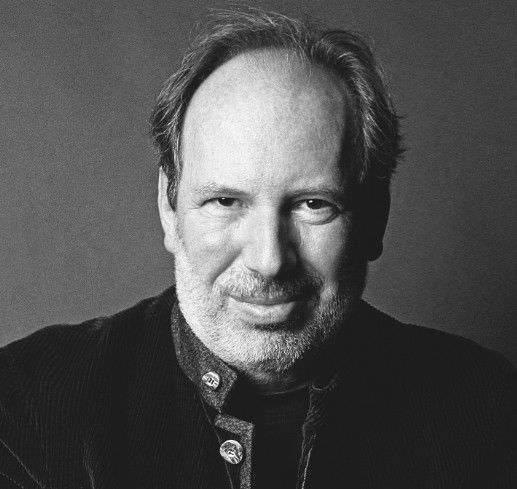 The Credits: Can you talk about your approach to composing for Man of Steel?  How did your sense of the script guide you?

Zimmer: Not one bit. I never read it. I told David Goyer [Man of Steel scriptwriter] forgive me for not reading it. For me there are two types of directors. There’s the writer/director and the director that works from somebody else’s script—and what’s important for me is figuring out what the director has in his head. So I said to Zack [Snyder, Man of Steel director] let’s sit down. Tell me the story. And while the telling is going on I find out what’s really in his heart—what the emphasis is for him. The weird part of the process is that as someone tells you the story you start to come up with sounds and music. So in my head I’m scoring Zack telling me a story. That helps with starting. But also I was somewhat overwhelmed by the enormity of the task. Because I was working on Dark Knight Rises at the same time and I didn’t think I was quite up for it. The master, John Williams, had done rather well by it, and it was part of my growing up and DNA loving John Williams’ score. The inevitable comparisons are out there, but I couldn’t care less about what anybody says. Find me a composer who isn’t driven by paranoia and neurosis.

I don’t ever remember seeing a film that had a musical score throughout most every scene. It must have been quite a task to create such an enormous score.  What was the reasoning behind that decision?

It’s because the score is fairly new. It goes from me playing a little upright piano to these rather grand gestures that you’d expect. In an odd way, though it’s a Superman movie, there’s an absolute inherent reality in this film, because America really is America, and America is real. So it felt like it would be nice to create this “through line” from the word go to the end. When we get to the second half it gets pretty intense, but we tried to use music to create beautiful silences as well. For example, when Krypton blows up, and I don’t think I’m giving anything away here, the tendency would be to go hugely bombastic and throw everything at it–but it’s just one single solo violin.

Can you talk about the musical transitions in the film when you segue from battles to farm scenes? Do you look at the film and it comes to you or is it a separate process?

Transitions are tricky because we change tones so dramatically, and you just hope that you’re replacing very kinetic energy with emotional energy, because I did try to make the farm scenes tiny and emotionally poignant. Part of the disadvantage I have in this interview is I haven’t seen the movie with an audience. All I know is that I spent many months loving the process and that’s truly the whole thing.  I love writing music and sitting with my friends and colleagues and the musicians and the director and we’re building something and hoping people will love it as much as we love the process.  But by the end of it you have no idea if you’ve succeeded or not.  You just try your best.

How hard was it to make this music different when everyone already knows the music from the Christopher Reeves’ movies and John Williams’ score?

It really comes from the filmmakers having a very different take on how we can tell the story.  I remember when we were doing Gladiator with Ridley Scott and he was speaking about when he first saw Spartacus and how it resonated with him and how those movies should sound. And I kept saying to him but that’s my job, that the next bunch of fourteen-year olds should have their own music.

And that’s what Chris [Producer, Christopher Nolan] wanted me to do…to find my own language. If Zack had sat down with John Williams and told him the story the way he told it to me, John would have written a very different score from the one he wrote [for the earlier film], because it’s a very different movie. Ultimately I write from a very personal perspective. I have to find my own personal bits. Being a stranger in a strange land, being a foreigner in a culture that is not necessarily your own culture, and forever being torn between the two cultures, I think is interesting. And so for me as a foreigner I think there’s a chance to hold up a mirror to America and to let it see the things it’s become a little bored with. The things it takes for granted.

What do you mean by 'the things America takes for granted'?

I remember when we were in the Grand Canyon shooting Thelma and Louise and we were saying, “Wow! It’s the Grand Canyon!” and there were these kids standing there saying, “Dad, Can we go home? It’s just the Grand Canyon.” So as a foreigner that used to look at America with wonderment, I just want to give that back to America. To say, “Look at your towns. Look at your people.  See what’s good and decent and noble.”  I have no idea if I’ve succeeded. At the end of the day it comes down to two questions; were you entertained or did it make you feel something?  That’s all you can hope for. That somewhere in one little corner of this vast movie you got to feel something and you were in this world.

It’s one of the reasons I didn’t want to use the old Superman theme. Because suddenly you would have recognized it and thought, this is the old Superman, and then you would have been aware you were watching a movie. I was terrified of parody in any sense, even unwitting parody. Part of my very simple plan was to exorcise anything out of my orchestra, like the main instruments that I remember John Williams using, like the trumpet fanfare. I didn’t use any of that. By narrowing my palate I felt I was doing something different.

Do you compose electronically, on a piano or on another conventional instrument?

Nothing conventional!  I had two weeks of piano lessons. That’s my formal education. I write the stuff in my head and then I use a computer with a music word processor. After all, I am a child of the twentieth century and whatever works is how I get there.

Have you ever had your music pirated?

Yes, of course my music gets pirated all the time!  The thing that worries me the most, from a film composer’s point of view, is that the more things get pirated, the less value they have. And the flip side of this is there are all kinds of horrible and nasty things you can say about Hollywood. But you should always remember that Hollywood is the last place on earth that commissions orchestral music on a daily, if not hourly, basis. It gives children a reason to have a passion to learn an instrument and actually make a living at it.  So every time one of those very expensive film scores gets pirated what you are doing is directly affecting if we’re going to have, or not have, orchestras left in this world.  If we lose orchestras, it’s going to rob us of more than just a bit of culture. There’s a lot of heart that’s going to go missing.

In Mozart’s time he had to make sure he could get his score published the following day because during the premiere there would be people in the audience scribbling along and pirating it the next day.  Pirating has been going on forever.