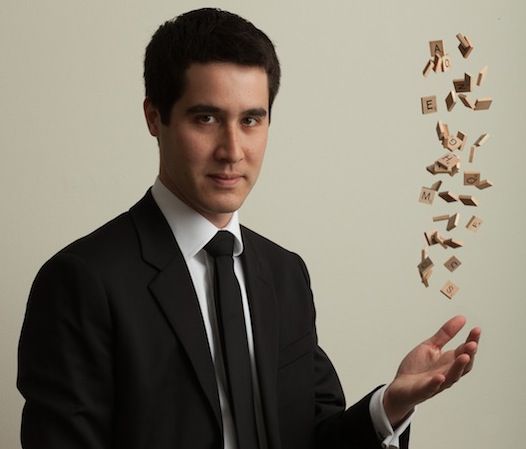 How can a showy magic act known as the Four Horsemen (Jesse Eisenberg, Woody Harrelson, Isla Fisher, Dave Franco) convince a Las Vegas crowd—let alone the FBI and Interpol—that they just teleported a random audience member to a bank in Paris and promptly stole three million Euros? To pull off an illusion that could fool a packed house—plus millions of moviegoers—the producers of Now You See Me turned to head magic consultant David Kwong. 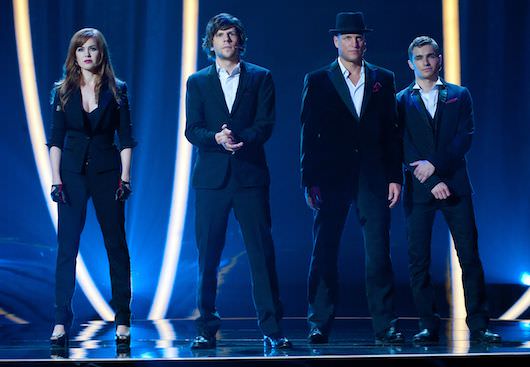 Kwong, who left a job in the DreamWorks animation department to bring his unique skills directly to movie sets, had worked on films before. When a CGI-averse director needed to make a little girl levitate off a bed in Paranormal Activity 4, he got the call. (That bit of handiwork can be seen at the 1:24 mark in the below clip.) But Kwong was never so involved in a movie as in Now You See Me, developing the film from its infancy with the screenwriters and director Louis Leterrier to make a world of magic come to life.

Making four novices look, act and perform like world-class magicians posed its own challenge, but Kwong’s initial task was even more daunting: adapt the ancient principles of magic into spellbinding capers worthy of a 21st-century summer blockbuster.

“We had the idea of all of these heists that we wanted our characters to pull off,” Kwong explains. “I had to fill in the blanks and come up with the engineering and the methods that they would use in order to do these robberies.” By leaning on magic’s rich history—in one scene, an enormous safe is disappeared in the same way a magician would make a rabbit vanish from a box—Kwong is able to keep the audience—not to mention the agents in pursuit of the Horsemen (Mark Ruffalo, Melanie Laurent)—guessing.

Still, no caper would be convincing without actors who could carry themselves like actual magicians, and Kwong was there to guide them every step of the way. “Basically, what a magic consultant often does is rig up self-working gimmicks for the actors,” Kwong explains. “But if they show interest and have the time and energy, we’ll let them learn the sleights themselves.”

While Harrelson, who plays a mentalist, studied with his own expert, the other three cast members threw themselves into their characters through months of preparation. Isla Fisher needed a trick deck of cards when she started, but she eventually learned how to palm and vanish objects. Likewise, not only does Jesse Eisenberg’s street magician character open the film by pulling off a riffling selection trick right to the camera, but he also learned to quick change one card for another after countless hours of practice. (His jaw-dropping trick shuffling, however, was actually the superimposed hands of master card manipulators Dan and Dave Buck.)

Still, the highlight for Kwong is a relatively understated moment when Dave Franco’s character, while in the midst of duking it out with Ruffalo’s FBI agent, produces two hands of cards from empty palms and fires them at his attacker. “David exhibits such agility and skill in the fight sequence,” says Kwong. “He worked on that for months. And he throws cards better than anyone I know. I can barely do it.” (You can watch Franco's skill in the below video at 0:37 into the clip)

Jonathan Levit, a magician who snuck off the set of The Incredible Burt Wonderstone to consult for a few days in pre-production, agrees that Franco possessed an almost eerie natural ability to throw cards. And like Kwong, Levit observed in the cast a willingness to put in the work to make their parts believable. “The actors saw magic as a challenge,” says Levit. “They just threw themselves into it and wanted more and more session time.”

For Levit, much of that time focused on teaching them the physicality of being a magician—how to gesture onstage without looking goofy, the psychological calculation that goes behind every subtle movement of an object or flick of a wrist. “What I try to get across is the understanding of how a magician thinks,” says Levit. “It’s about being deliberate, focused and confident. If they can get that, they can totally embody the character.”

One look at the finished product proves that the actors of Now You See Me took these lessons to heart. Well, most of the lessons anyway. “Jesse in particular took this role to step out of his comfort zone,” says head magic consultant Kwong. “He always joked with me that he’s just really uncomfortable lying to people, so for him to engage in deception was fun and awkward at the same time. I would teach him a trick and he would immediately turn right to the person next to him and say, ‘Here’s how I did it!’”