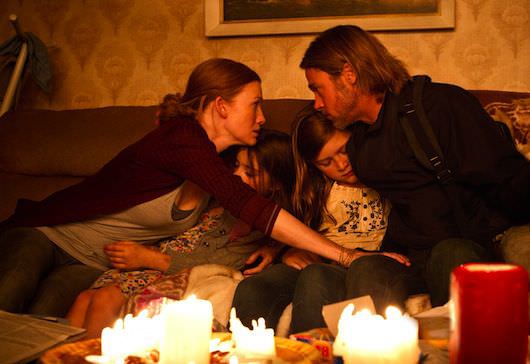 The highly anticipated premiere of Brad Pitt’s World War Z is just a few days away, but critics have been salivating for months about what a disaster it will be—long before anyone had seen any footage.

Hardly the first film with advance reports of onset complications, bloated budgets, and release delays, World War Z is only the latest victim of the Hollywood press’ eagerness to deem movies dead in the water before they’ve had the chance to set sail.

Yet World War Z is sitting with a very healthy 80% Fresh rating on RottenTomatoes.com, with critics from Variety to The Hollywood Reporter reporting that the film is "surprisingly smart" and an "immersive apocalyptic spectacle." From a purely filmmaking point of view, the film is already a success.

For every Heaven’s Gate and Cutthroat Island, which bankrupted United Artists and Carolco Pictures respectively, there are a slew of classic films that refused to believe their hype, or lack thereof. We take a look at five of our favorite would-be disasters.

Grumblings began early on when Truman Capote screeched to anyone who would listen that "Paramount double-crossed me in every way and cast Audrey!” After Capote’s first pick, Marilyn Monroe, declined the part, Hepburn came on board with one condition—a director switch from then unknown John Frankenheimer to Blake Edwards, signaling another potential red flag. (Ultimately it’s Edwards who has been credited with turning the perfectly lovely story into a genre-defining classic.) Fortunately, one seriously considered change was never made: when a Paramount exec insisted on cutting “Moon River” at the last minute, Hepburn—for whose limited range Henry Mancini had written the tune—reportedly fumed, “Over my dead body!”

While it was an indisputably difficult set—during the two-year production, Elizabeth Taylor fell ill enough to require a tracheotomy and shut down filming for several months, her very public affair with costar Richard Burton turned the $44 million shoot into even more of a circus, and a swift backlash encircled the set almost before the cameras began rolling—Cleopatra is not the financial or critical disaster it’s historically made out to be. Ranked the 38th-highest grossing movie of all time, with appropriate adjustments for inflation, it's made more money than any of the Pirates of the Caribbean or Lord of the Rings movies—not to mention four Academy Awards.

The odyssey that was getting George Lucas’ saga to screen is almost as epic as the series itself, but what’s perhaps most compelling is how its cast and the crew openly psyched themselves out before Star Wars was ever released. Alec Guinness said it was his idea to kill his character off so that he “wouldn't have to carry on saying these rubbish lines,” the crew repeatedly expressed concerns that the film felt too much like a bad kiddie flick, and Carrie Fisher and Harrison Ford were visibly unenthusiastic in promotional interviews. But what was most potentially damaging? Lucas was so worried about what his box office returns might be that he ran off to Hawaii on opening weekend with Steven Spielberg. Instead of attending the premiere, the two sat on the beach and conceived Raiders of the Lost Ark. Probably not a bad call.

Originally conceived as a low budget, six-week project, it turned into a 17-month endeavor, leaving director Francis Ford Coppola with over 200 hours of footage that would take over three years to edit. (Unpredictable typhoons, Martin Sheen’s heart attack, and Marlon Brando’s drunkenness didn’t make matters any easier.) Things weren’t looking entirely sunny for Coppola heading into the Cannes Film Festival, which prompted him to declare, “My film is not a movie. My film is not about Vietnam. It is Vietnam. It's what it was really like. It's crazy. And the way we made it was very much like the way Americans were in Vietnam. We were in the jungle. There were too many of us. We had access to too much money, too much equipment, and little by little we went insane.” It won the festival’s top prize, and Apocalypse now finds itself ranked #30 on AFI’s Top 100 Films of the Past 100 Years list.

James Cameron has never been a media darling, and when the release date of his passion project—declared early on as the most expensive motion picture ever made—was pushed back from July to December, the press tripped over themselves to make similarly sub-par sinking-ship puns. After its release, however, Titanic tied Ben-Hur for most Oscars earned by a single movie. (Oh, and it also made roughly $2.2 billion internationally.)