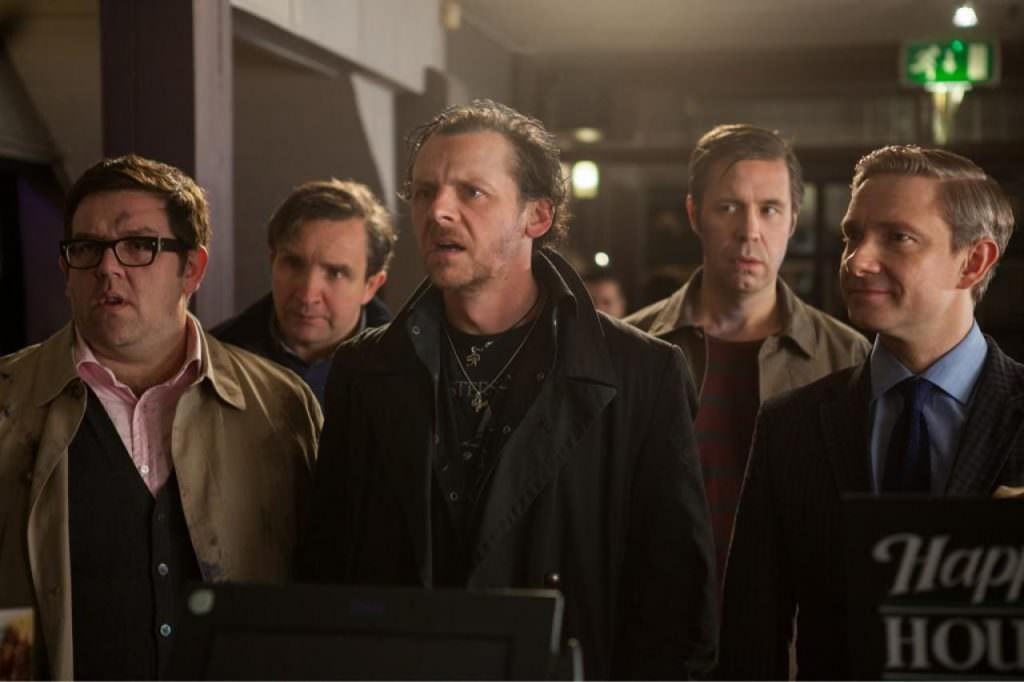 The end of this week saw the release of trailers for several of next fall’s most hotly anticipated film releases. Here’s our take on what to expect based on our extensive deep dives into their sub-three minute trailers…

Is it lazy to just write about films in terms of those that have come before them? What about writing about two movies that haven’t come out yet? Does your complete lack of familiarity with either film cancel out the laziness? If you’ve seen trailers for the 'world ends at James Franco’s party' film This is the End, you may appreciate what appears to be the British version of that film, The World’s End—the central story being how epic pub crawls signal the end of the world as we know it. It’s as if people woke up on both sides of the Atlantic one morning and didn’t realize that the premise they came up with at the bar the night before probably can’t sustain an entire two hour film. Then again, World’s End comes from the team behind the Shaun of the Dead franchise, so sobering thoughts aren’t really their strong suit. We’re totally in.

Have you ever wondered what it would be like if they moved Speed into space and replaced Keanu Reeves with George Clooney? We hadn’t either, but seeing Sandra Bullock hurtling through the atmosphere in the trailer for Alfonso Cuaron’s Gravity definitely gives you a pretty clear idea.

The Butler opens nationwide on October 13.

With a cast that includes Meryl Streep, Julia Roberts, Ewan McGregor, Sam Shepard, Chris Cooper, and Juliette Lewis, a film almost can’t help itself for feeling like several different movies happening at once. Yet Streep has completely inhabited the physicality and manner of an entirely fully-formed character that, yet again, manages to not mine any of the previous roles she’s done before. Though you only see her in glimpses in this trailer, you can tell that the scenes with stage star Elizabeth Marvel are among the film’s strongest.

The problem with films set in the folk music scene versus, say, the rock and roll arena, is that its fever pitch moments tend to occur in the always underwhelming world of coffee houses—the potential for high octane debauchery is kind of nil. But Davis directors the Coen Brothers brought new life to a setting as seemingly subdued as Fargo, North Dakota, so we’ll say we’re willing to go on a journey with a fairly unknown actor (Oscar Isaac), his pet kitten, and F. Murray Abraham. Oh, and Carey Mulligan’s in there, too.