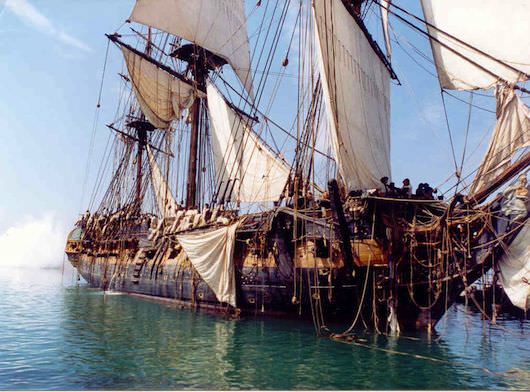 Recreating the Past on Film, Historical Advisors Are a Director’s Lifelines

The year is 1805. Captain “Lucky Jack” Aubrey is surveying the foggy Atlantic horizon for the renegade Acheron, a Napoleonic privateer warship out to sink Aubrey and his fellow Brits into watery oblivion. As he peers through his telescope, Aubrey suddenly recoils in disbelief—the Acheron is headed straight for his ship!

But wait—what does that enemy ship look like? What color is the telescope Aubrey—or Russell Crowe in period attire—is holding? Does he speak with a proper Queen’s English accent? Is he wearing a hat? Are his nails clipped?

When creating a historical film such as Master and Commander, these and many other details must be carefully vetted and recreated on screen in order to create a convincing stage for setting the story. Like a painfully cheesy line marring the script, historic blunders can rudely jerk savvy audience members out of the movie’s plot, distracting them with eye rolls or groans of “That would never have happened like that on a 19th century British warship!”

“The more real it is, the more the movie moves effortlessly forward because people are quickly taken into that world,” says Duncan Henderson, who produced Master and Commander. But finding that sweet spot between realism and cinematic drama can be tricky, he adds.

“You don’t want to give up the drama of the story just to be technically correct,” Henderson says. “But you don’t want it to be so far off that people familiar with the subject are no longer believing it, or even that general audiences begin questioning whether it would really happen in that way.”

In addition to Master and Commander, Henderson has produced such wide-ranging films as Oblivion, The Perfect Storm, Harry Potter and the Sorcerer’s Stone and The Dead Poet’s Society. The process of creating each of those films, he says, is just as variable as the diverse worlds they represent. With a historical film, it’s all about delving deep into the research and adding layers upon layers of detail and accuracy. With a film like Oblivion, which takes place in the future, it’s more about taking current ideas and technologies—drones, space ships, artificial intelligence—and imagining how those things would evolve and fit in decades or centuries down the road. “One is much more a creative endeavor,” he says of his scifi and fantasy work. “Whereas the other is a labor of love and work.”

In historical films, directors must navigate a fine line between documentary and entertainment, oftentimes with the aid of multiple technical advisors. Such advisors may be full-time film consultants or professionals whose job entails a particular expertise appropriate for a given film. The most skilled technical advisors know when to push a director, and when to hold back.

“In a drama, my job is to show directors what the [historic] center is,” says Gordon Laco, a historical consultant based in Ontario. “Then, the production makes decisions on how far left of right they need to go in order to tell the story.” 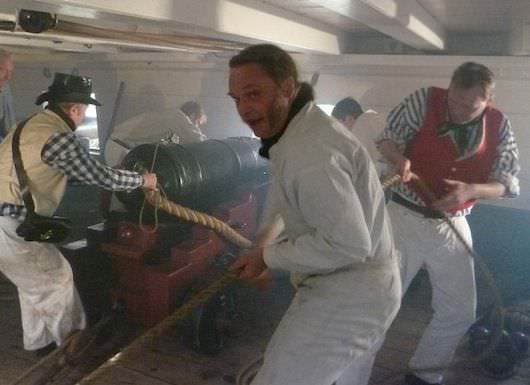 Laco, who once captained a historic ship himself, worked on the set of Master and Commander along with numerous other technical advisors, some specializing in swords, sailing, violins and cellos, boat rigging and lining, canons or ship building. Director Peter Weir committed significant time, effort and money into ensuring the film’s historical accuracy, and even commented that he wanted the movie to feel like a documentary shot in that time period. Laco recalls one incident, however, where drama did take precedence over history.

In the scene, the crew of the heavily damaged British ship begins towing it with smaller rowboats after a skirmish with the French. A young officer, realizing that the crew is at last safely out of harm’s way, tells his mates to stop rowing, and congratulates them on a job well done. Historically, however, the officer would have instead issued the sharp command ‘Oars!’ to indicate that it was time to stop rowing.

“The director didn’t want that boy to be an efficient naval officer at that moment,” Laco explains. “He wanted the audience to see that this was a frightened teenager who realized he was going to live, so he gave the order incorrectly.”

Sometimes, however, it can be hard to let those details go. “It can be quite a difficult situation for somebody who’s into the history,” says technical advisor Martin Bibbings. “Your commitment to yourself is to try to influence the film to be as historically accurate as it can be.” 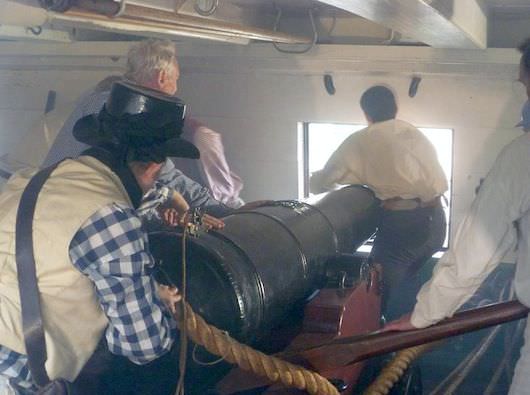 Bibbings, an expert in naval history and antique cannons, has worked with directors who are not interested in history and gloss over details, like opting to address a military surgeon as ‘doctor’ instead of accurately calling him ‘surgeon,’ for example. The set of Master and Commander, however, where Bibbings served as the canon-handling instructor, was completely different. He spent four months training actors and extras the meticulous moves involved in loading, firing and reloading a canon. Each canon required seven different men and involved more than 55 different moves, like a choreographed ballet. By the end of that training period, the trainees were achieving speeds equivalent to those typical of 200 years ago—about one shot every 50 seconds. “Peter was absolutely committed to making sure what was going on behind the actors in the foreground and into the deep background was absolutely right,” Bibbings says.

While historic films may involve unique challenges and investments, Henderson says that meeting and interacting with technical advisors like Laco and Bibbings is one of the highlights of his job. “When people talk to me, they say, ‘Oh, it must be fun to talk to this director or that actor,’ but for me it’s the technical advisors,” he says.

In The Perfect Storm, for example, which was set about a decade earlier than filming and needed to recreate the traditional world of long line fishing, Henderson spent time with long line fishermen. During one scene, an actor gets pulled overboard, but Henderson found himself wondering whether or not a real fisherman in that dangerous predicament would be more likely to kick his heavy boots off or leave them on. When he asked a real long line captain this seemingly hypothetical question, the caption replied matter-of-factly, “Well, the first time that happened to me, I took my boots off, but then I had to work all day without boots. The second time, I kept my boots on and took my chances.”

Henderson was flabbergasted. “In our life today, we’re sort of insulated in our own worlds,” he says. “To be able to talk, meet and interact with these people who have very different lives and expertise and who have had these incredible experiences is one of the great pleasures of the motion picture business.”