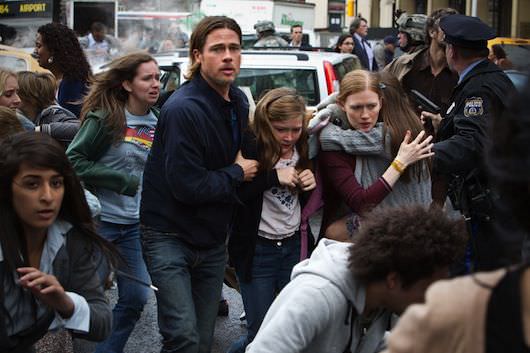 Looking Back at Iconic Tentpole Movies and Imagining Their 2013 Versions

As summer movie season officially kicked off this past Memorial Day weekend, the slate of “tentpole” movies — the ones that are expected to hold up (like a tentpole, get it?) and turn a profit, bringing in big bucks both domestically and overseas — is bigger than ever: There’s Hangover 3, After Earth, Man of Steel, Monsters University, World War Z, Despicable Me 2, The Lone Ranger, R.I.P.D., The Wolverine, and Red 2.

Studios are banking that the “tentpoles” (typically released during the summer season and again during the winter holidays) will inspire moviegoers to shell out their hard-earned cash, based on the promise of huge stars and even huger spectacles. These (mostly) big budget movies, heavy on breathless action, the latest CGI technology, 3D, and A-listers, are meant to compensate the studios for their less profitable movies. In short, even if you’re somebody who prefers the smaller, quieter film, tentpoles are your friends. They enable the studios to take risks on smaller projects. This is just one reason that our big summer blockbusters are so important, and, so massively promoted.

The first known use of the term “tentpole” was in 1987, the summer that Beverly Hills Cop 2 was released — although we would argue that the first “actual” tentpole, although it didn’t have a big budget, was Jaws. So how far have tentpole movies come since the days when Steven Spielberg hired special effects guy Bob Mattey to build a terrifyingly fake shark using a steel skeleton, rubber skin, and hydraulics?

Herewith, a (loose) chronology of iconic tentpole movies over the years — and how they might have been different if they were released this summer:

How the 2013 version would differ: “Shakedown” by Justin Bieber

How the 2013 version would differ: The pottery wheel turns into an evil Decepticon sent to destroy Earth.

Iconic moment: “Life is like a box of chocolates…”

How the 2013 version would differ: “Life is like a box of gluten-free chocolates…”

How the 2013 version would differ: When he pulls his skin back, prompting his wife to faint, the skin would be covered in advertising.

How the 2013 version would differ: Fiona would be prettier, skinner, and much less green.

Iconic moment: Nemo bravely enters the fishing net that has caught Dory and sets her free

How the 2013 version would differ: Nemo bravely enters the fishing net but Dory’s already freed herself, and then she has to re-enter the net to free Nemo. Men.