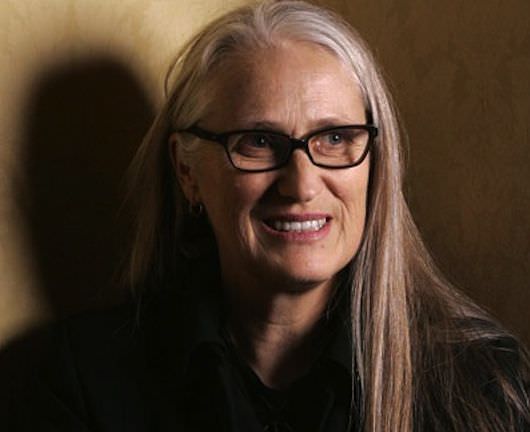 Jane Campion, Cannes, & the Power of the Short Film

Short films have figured prominently in the Cannes official selection from the Festival’s earliest days, with a jury awarding a Palme d’Or (and occasionally, Jury and Grand Prix prizes) to that year’s most successful short. Famous past winners include Jim Jarmusch’s 1993 Palme d’Or for Coffee and Cigarettes (Somewhere in California), which was later expanded into a feature-length portmanteau comprising 11 interlinked stories, and British director Lynne Ramsay’s 1996 and 1998 Jury Prize wins for her shorts Small Deaths and Gasman (Ramsay sits on the jury of the main competition this year).

In 1998, in an effort to “inspire and support the next generation of filmmakers," Festival President Gilles Jacob spearheaded the founding of the Cinéfondation. Included in the Festival’s Official Selection, the Short Films Selection would then be split into two sections: The Short Films Competition (which would continue to award the Palme d’Or), and the Cinéfondation Selection, which selects fifteen to twenty short- and medium-length films each year from film schools around the world and hands out three tiers of prizes to the best three films. Each year’s first prize-winner is also guaranteed that his or her first feature film will be presented at the Cannes Film Festival.

Cinéfondation founder and president Jacob describes the institution’s mission: “For 12 months the Cinéfondation teams find talent from all over the world, wherever they are: festivals, schools, meetings, cultural institutions,” adding, “our dearest wish is to help forge the contours of a young cinema landscape." The Cinéfondation brings young filmmakers to the Festival for the first time, engendering a relationship that sees their eventual feature-length films screening in the Official Selection of the Festival.

Since its founding, the annually rotating Cinefondation & Short Films Jury has been lead by such luminaries as Martin Scorsese, Edward Yang, Michel Gondry and Jean-Pierre Dardenne. This year, the Jury is lead by the revered New Zealand-born director Jane Campion, the first (and still only) female director to win the Palme d’Or, for 1993’s The Piano. Campion is a long-standing favorite of the festival, and indeed the director’s first prize was a short film Palme d’Or for her 1986 short Peel. Upon the announcement of her appointment to the Jury, Gilles Jacob reminded the world: “Jane is a child of Cannes. I know this as it was I who selected her first three short films for the Festival, because I liked her style and consistency…I am delighted that the love story between Lady Jane and the Festival continues today as she takes on the role of president.”

Campion reminds young filmmakers that “for the emerging filmmakers a short film is extremely important and specific; not only does it announce their voice, it is still the most important calling card this industry recognises to a film career. Across the world film schools attempt to de-emphasise the importance of short films, awarding in the thousands film degrees, bachelor degrees, masters, even doctorates in place of the only thing anyone in the industry is interested to see, a knock out short. You learn how to be a filmmaker by making films."

The director will be receiving the Carrosse d’Or at the Festival’s Directors’ Fortnight opening ceremony this year. The award, presented by the French Film Directors Guild, is a tribute by the directors of the Guild “to one of their own, chosen from the international filmmaking community for the innovative qualities, courage and independent-mindedness of his or her work.” And needless to say, Campion will stand as an indelible reminder to young filmmakers all over the world that incredible careers can be launched from one powerful short at Cannes.

This year, the Selection Committee received 3,500 short films, representing productions from no fewer than 132 countries.   Nine films will compete in 2013 for the Short Film Palme d’or, to be awarded by Campion, President of the Jury, at the Closing Ceremony of the 66th Festival de Cannes on May 26th. The Cinéfondation Selection selected 18 films (14 fiction films and 4 animated films) among the 1,550 submitted this year from 277 schools from all around the world.