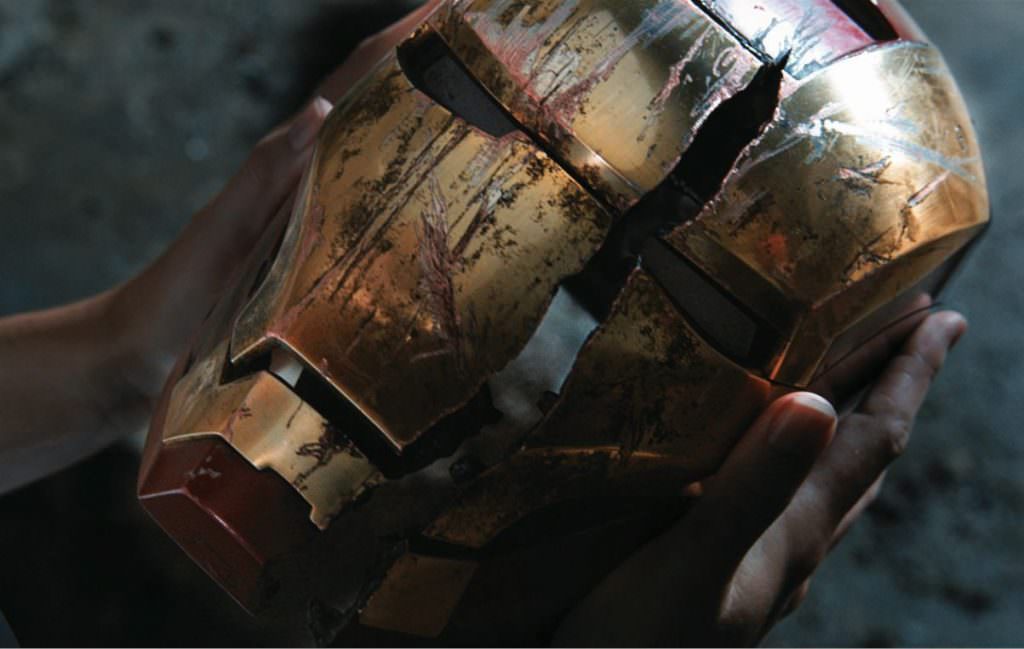 By Jim Frye, courtesy of the Walt Disney Company

There’s more to Robert Downey Jr. and Don Cheadle’s characters than hardware as they ramp up the buddy action in Marvel’s Iron Man 3, in theaters today. 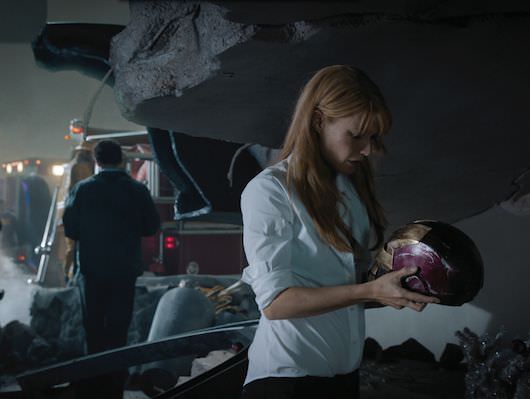 For all those high-flying, save-the-world acrobatics, sometimes it’s easy to lose sight of the fact that there’s a man behind the suit—Tony Stark is Iron Man. And just as Iron Man is nothing without Tony, it’s nearly impossible to imagine Marvel’s Iron Man films without actor Robert Downey Jr., whose quick wit and lovable persona have transformed Marvel’s 50-year-old metallic icon into one of the biggest super-hero sensations in cinema history. Featured in two solo films and top-lining the mega-blockbuster Marvel’s The Avengers, Robert’s Iron Man character has soared past $2.7 billion in worldwide box office.

“How do you take a billionaire, industrialist playboy and make him relatable and somebody that you can root for?” Kevin Feige, producer and president of Marvel Studios, asks. “One way is to have Robert Downey Jr., who just makes Tony Stark so likable and a great hero. The other way is to take everything away from the character, which then makes you root for the guy."

Producer Stephen Broussard points to Tony’s personal struggle: Does the suit make the man, or does the man make the suit? “Even though the world knows and loves Tony Stark,” Stephen says, “he is still learning and struggling to define where Iron Man ends and his own life begins, which has made him increasingly dependent on his Iron Man armor.”

“Tony has been through a real emotional journey leading up to this film,” the film’s namesake star, Robert Downey Jr., says. “We first meet Tony in Iron Man, and he had shrapnel in his heart. But in Iron Man 3, although Tony has now fixed his heart problem, he has not actually dealt with the wound. So once you have all those things in play you go, ‘Okay, with all of those plates spinning at the same time, what is he supposed to do?’ That’s the direction we’ve chosen for the character, and it is absolutely delightful.”

Marvel’s Iron Man 3 is Tony’s journey. The Avengers went big—really big—with a gang of superheroes fighting aliens that were descending on New York City from a wormhole to outer space. So this time around, the producers decided to go back to basics: Take away all of Tony’s money and toys, and force him to find a way back to being a super hero. 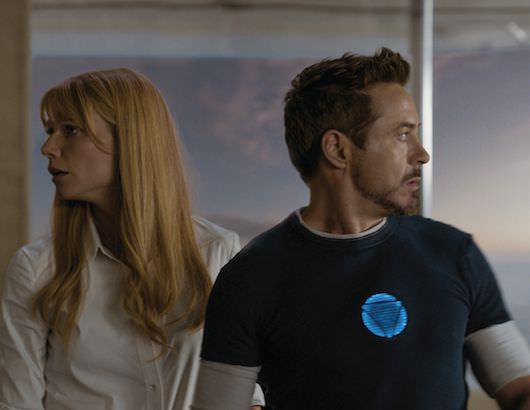 “Early on in the development, we talked about this notion of taking Tony back to basics because we wanted to see him just use his brain,” Executive Producer Louis D’Esposito says. So they put Tony “back in the cave,” so to speak. They send him off by himself during Christmas in Tennessee with nothing but a broken Iron Man suit and a tool shed—his figurative “cave.” It’s here that we begin to feel the real depth of this film, the focus on characters and relationships, especially buddy relationships. Because while Pepper, played by Gwyneth Paltrow, is Tony’s leading lady, Colonel James Rhodes (Rhodey) is still his best friend and biggest ally.

Iron Man 3 director and accomplished screenwriter Shane Black cut his teeth on the now-iconic Lethal Weapon movies, helping establish the buddy comedy as an enduring pop-culture staple. And Iron Man 3 feels akin to those early films: When you strip away the special effects and the explosions and the high-tech suits, Iron Man 3 is a good, ole-fashioned buddy movie, as evidenced when Rhodey and Tony take on the bad guys without their armored suits. It’s almost like watching Mel Gibson’s Martin Riggs and Danny Glover’s Roger Murtaugh trading jokes as they dodge bullets. It’s classic Shane Black.

“In all of the Iron Man films, Rhodey has always been Tony’s conscience,” Stephen says. “He’s been the guy who warns Tony about things and helps him from the sidelines. In Iron Man 3, we’re embracing more of their friendship, and you get to see why they’ve been best friends for so long. That new dynamic makes it more of buddy action film when they team up together.” 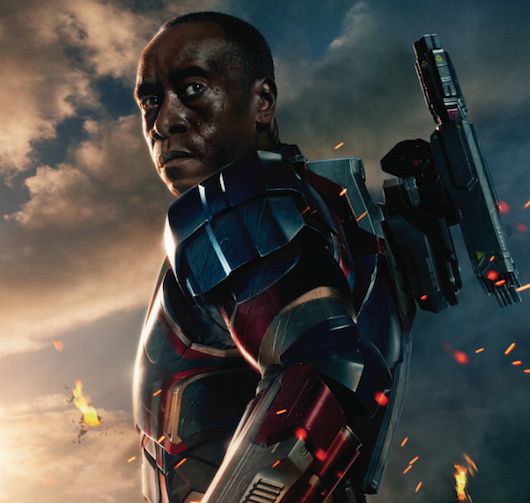 Academy Award® nominee Don Cheadle likes the deeper exploration of his character’s relationship with Tony. “It’s great to be in a movie that has a lot of action, but the relationship between Tony and Rhodey is deepening and we’re getting more of a glimpse into who each of these men really are,” Don explains.

Louis also likes the buddy-action chops on display in this film. “Neither Tony or Rhodey have access to their armor at a certain point in the film and so they really team up in a great, old-fashioned action movie kind of way,” Louis says.

Robert loves the results. And he sees a bit of poignancy in the film’s Christmas setting. “In a way, this is the holiday season for us all as far as the Iron Man of it all,” he says. “If it never gets any better than this, I think we’ll be satisfied, because this might be our best effort yet.”