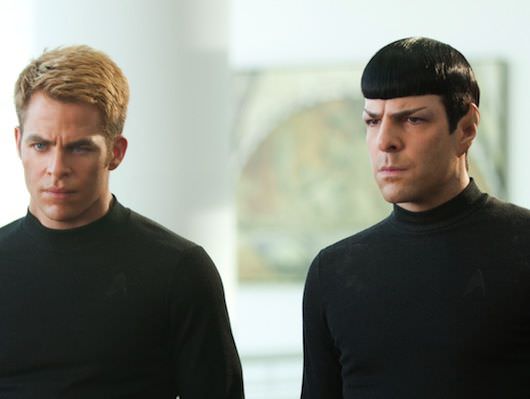 In Honor of Star Trek: Into Darkness—Our 7 Favorite Invented Languages

Admittedly, writing about Klingon on the Internet is akin to shaving one’s entire body and jumping into a salt bath—we're opening ourselves up to an onslaught of criticism and fastidious fact-checking, so we’ll tread lightly here. But when Bing introduced Klingon to its web-based translation service on Tuesday in anticipation of this weekend’s release of Star Trek: Into Darkness, it couldn’t go without mention.

Though many movies have “invented” new languages, you would be hard-pressed to find one as fully-formed as Klingon, with the exception of the J. R. R. Tolkien-based films—the author once said he created Middle Earth just to have a world where his series of languages had somewhere to be spoken. This isn't surprising coming from the man who's first job after World War I was at the Oxford English Dictionary, and who taught Old and Middle English philology, Gothic, Old Icelandic, and Medieval Welsh at the University of Leeds. We would need to devote an entire article to Tolkien's Middle Earth languages, so we've left the trilogy off our list.

Klingon was technically created by actor James Doohan, aka Scotty, for 1979’s Star Trek: The Motion Picture (its very first lines were wIy cha'! HaSta! cha yIghuS!’), and it was further developed by linguist Mark Okrand, who published the Klingon Dictionary in 1985. But if I were trying to start something, I might suggest that it’s the languages from Game of Thrones that are looking to take over Tolkien’s linguistic mantle (see below).

On this most auspicious of occasions, we take a quick look— apologies to Stargate and The Fifth Element fans—at seven of our favorite fictive languages. (And incidentally, kudos to Zoe Saldana for fluency in not only English and Spanish, but also Klingon and Avatar’s Na’vi.) 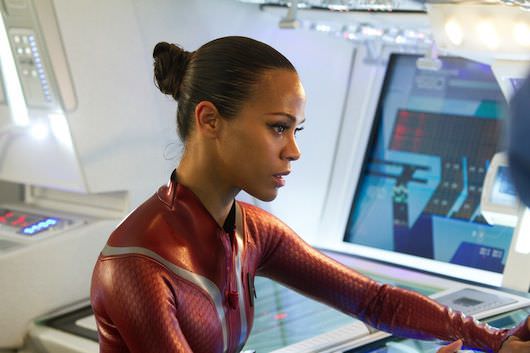 Invented by Anthony Burgess for his 1962 novel of the same name, nadsat takes its name from the Russian suffix meaning teen, fitting for the favored parlance of 15 year-old narrator Alex DeLarge and his subculture cronies. Trained linguist Burgess recognized that having Alex speak in contemporary slang would quickly date his work, and instead opted for him to use what is essentially a nonsensical mashup of Russian and English.

The creators of the show got in touch with the linguist Victoria Fromkin, a professor at UCLA. She created a language for the Pakuni, a primate people. Ingeniously, the writers parceled out Fromkin's 200-word Pakuni grammar gradually over the course of the show, letting viewers learn the Pakuni language while the series progressed.

Miami Vice’s Lt. Martin Castillo isn’t the only thing you have to thank Edward James Olmos for. In preparation to play Gaff in Ridley Scott’s dystopian classic, the actor created the language in Blade Runner that Harrison Ford’s Decker describes as: “Gutter talk, a mishmash of Japanese, Spanish, German, what have you. I didn’t really need a translator. I knew the lingo, every good cop did. But I wasn’t going to make it easier for him.” In truth, Olmos has said it’s essentially bastardized Hungarian.

Who can forget Chickie-may-may? The famously erudite Jodie Foster should sound smart speaking in any language or dialect, but even she sounded cracked speaking in her “wild child” tongue. It takes whip-smart autism expert Natasha Richardson to determine that she’s speaking a version of English she learned from her stroke-stricken mother, undoubtedly quashing her first idea for a linguistics study grant.

When Steven Spielberg wants to invent a country, you can count on him to do more than simply hang an existing flag upside down. In this Tom Hanks/Catherine Zeta-Jones starrer, a man from a fictional former Soviet Republic is trapped in JFK Airport’s international terminal for nine months, thanks to a bureaucratic nightmare. And while the shape and position of Krakozhia are that of Macedonia’s, and its name is inspired by the Polish city of Krakow, to flesh out the imaginary republic fully Spielberg enlisted Oscar and Grammy-winning composer John Williams to write a Krakozhian National Anthem, and asked Hanks’ wife Rita Wilson to help create the country’s language—something that amounts to poorly accented Bulgarian, her father’s native tongue.

The indigenous inhabitants of Pandora spoke Na'vi, which James Cameron wanted to be realistically learnable by the humans who landed on Pandora (he also wanted to make sure the language was pronounceable by the actors). Cameron eventually recruited Paul Frommer, a USC Marshall School of Business professor with a doctorate in linguistics, but not before he created an initial list of words. Frommer told the blog Unidentified Sound Object that Cameron's list had "Polynesian flavor."  Frommer went on to create a Na'vi language based on the ejective consonants that Cameron liked, and in six months created a vocabulary of about 1,000 words by the time the film was released. He later expanded to language to more than 1,500 words.

You can’t have a conversation about invented languages anymore without bringing the mega-popular Thrones into the mix. While the series is based on George R. R. Martin's series of books (this season, the series' third, is roughly based on the first half of Martin's third book, "A Storm of Swords"), HBO wanted to expand upon the two very distinct languages in the book. So they enlisted David Peterson, president of the Language Creation Society, to build out Martin's fictional languages. His audition to get the gig? Turning what few phrases and words existed in Martin’s original series into a 300-page exposition of Dothraki, a task that only took him one month. Presumably the more high-minded Valyrian took Peterson a bit longer to create, which shouldn't be surprising considering it took Daenerys more than two seasons to utter a word of it.