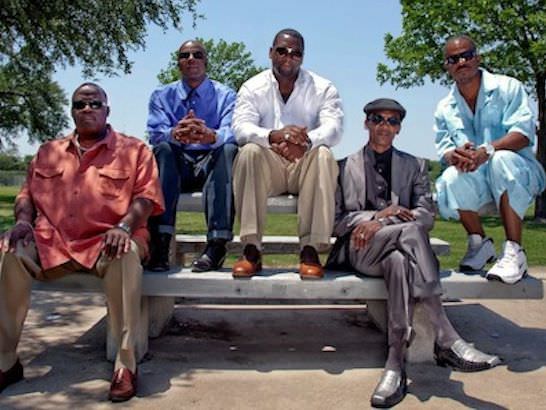 Golden Age of Documentaries: A Q&A With Filmmaker Jamie Meltzer

Documentarian Jamie Meltzer knows how to pick his subject matter. Take his award-winning film Informant, which took home the Grand Jury Award at the DocNYC Festival as well as Best Documentary at the Austin Film Festival. Informant examines the life of Brandon Darby, a radical leftist activist turned FBI informant. Darby became a hero when he traveled to a Hurricane Katrina-ravaged New Orleans and braved toxic floodwaters to rescue a friend of his stranded in the Ninth Ward. He went on to found Common Ground, a successful grassroots relief organization. Then at the 2008 Republican National Convention, in a twist that shocked his friends and allies, Darby revealed he was the source who had helped the FBI arrest two young activists, David McKay and Bradley Crowder (who themselves are the subjects of another great documentary, Better this World). Planning to peacefully protest the Convention, the FBI charged the two men with domestic terrorism, and many people believe it was Darby who had goaded them into considering the use of Molotov cocktails.

Or take Meltzer's current project, Freedom Fighters, about a remarkable new detective agency now active in Texas. This agency is run by a group of exonerated prisoners who, finally free after decades spent in prison, have now devoted their lives to freeing innocent people still behind bars.

We spoke to Meltzer about how he finds his projects, the increasingly sophisticated and diverse ways documentaries now tell their stories, and how in order to make your living as a documentarian, you have to accept people occasionally thinking you're insane. 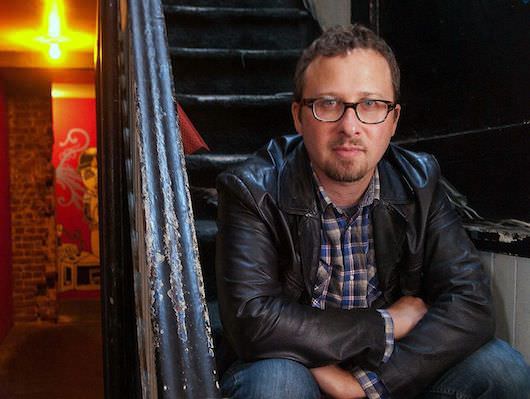 The Credits: It seems as if we’re experiencing a really strong period for documentary films, both in their proliferation at festivals and also in their quality. Would you agree with this?

It’s definitely been going on for a while, this golden age of documentaries that we’re in. What’s happened in the last ten years is the whole notion of the documentary has kind of opened up, and there’s a lot of different approaches—there’s documentary that feels like fiction films, that ride the line between fiction and non-fiction, there’s all archival films, like Senna, there’s just so many different forms within documentary at play, and I think audiences are really also engaged with the documentary form, and they don’t see it as a bad word anymore.

A quick glance at some of your films shows a wide range of subject matter; You've covered the Nigerian film community (Nollywood), a town that re-enacts border crossings (La caminata), and the song-poem industry (Off the Charts: The Song Poem Story). How do you choose your projects?

What I look for in a documentary subject is something that I don’t exactly know how I feel about it. It could be a short film, like La caminata, that simulated border crossings for tourists. Why would a small town in Mexico be doing a simulated border crossing? Are they encouraging people to cross the border? Are they trying to discourage people? I just couldn’t really resolve that idea. And then Informant is about a very controversial guy who is a radical leftist activist and then he became an FBI informant and then all these questions come to mind, like was he ever sincere? Why did he switch? What does that mean? With Freedom Fighters, the idea that these exonerated men who had each spent a decade to several decades in prison would start a detective agency when they got out, I just thought, ‘wow, how are they going to do that? Why are they well suited to do this? Are they going to be able get someone out?’ At the end of the day, I’m trying to tell a really complex story in a really compelling way. The subject matter could be different, but the complexity has to always be there.

How did you gain access to Brandon Darby for Informant?

Access was the toughest part, and it was something I worked on for basically a year. He posted an open letter as he came out as an informant online, and it really caused a stir, there was a New York Times article about it. And he became this very controversial figure, and I just basically contacted him at that time, because in his open letter he provided his email. And we talked, and I just said, ‘Look, I don’t have an ideological axe to grind here, I’m just really fascinated in how you could make this transformation and what it means, and the dialogue going on around this is just insane, and I think there’s probably a way to let the audience make up their own minds about you.’ So that was my argument, and it took me about six months to get him to sit down for the first interview, and then another six months to get him to really agree to be in the film.

How was it working with him once he was officially onboard?

He was a very difficult subject in the sense that he was going through a very difficult time, and he’s a very controlling individual. It ends up being a bit of a power struggle between him and the other voices in the film, and there was also a little bit of that going on behind the scenes between me and him as a filmmaker and a subject, and I think it’s sort of reflected in the film.

Was the idea always to give him as much of a leash as he wanted to state his case?

From my perspective as a filmmaker, I just don’t understand films that want to tell you what to think. What was interesting to me in making the film as a person going through all these stories, from him and other people, I had to reevaluate what I thought was valid or true, or right or wrong, morally. I just wanted to put the viewer in that same position I was in, fighting their way through all these different narratives and subjective points of view.

Let’s talk about Freedom Fighters. How did you find out about these guys?

I have a friend named Michael May and he writes for the Texas Observer, he was an editor there. And he had also worked on the Brandon Darby story for This American Life, so I knew him when I made Informant. And at the end of making Informant, he called me up and he said, ‘I’m hanging out with these exonerated guys in Dallas and they have a support group, there’s thirty-two of them.’ And I said, ‘you know that sounds interesting, but I’ve seen a lot of films about exonerees, and wrongful convictions, and I don’t know what I would bring new to that subject.’ And he said, ‘Well, I think one of them mentioned that he’s going to start a detective agency.’ And my ears kind of perked at that, because that just changes everything.

Is there any specific case that Freedom Fighters focuses on as its crux, or is it more about their whole body of work?

We started filming them when they had just started the detective agency, about a year ago, so we were there at its inception. And then they started with their first case, which is a friend of one of the main detectives, Christopher Scott. There was this guy who was in prison with Christopher for about thirteen years in Texas, and this guy’s name was Jimmy O’Steen, they call him Big O. And Chris really believed that Big O was innocent. They had both talked about their cases together when they were in prison, and when Chris got out of prison he vowed to help Big O out. That was the first case they took on, and we follow them as they met with Big O in prison and talked to him about his case, we followed them as they found the original eyewitnesses to the case. It was an armed robbery of $618. He was sentenced to 75-years in prison.  He’s done about twenty years of it, and it’s going to be a tough case to crack.

There are some inconsistencies with the eyewitness testimony, but it’s a non-DNA case, meaning there’s no DNA evidence to test. And those are the trickiest cases to crack. To me, the Big O case is really fascinating because the guys have such a personal connection to it, they really want to get him out, but they know it’s a tough road. Going back to Christopher Scott as the main detective, his case was a non-DNA case. The way that his case got overturned was someone did a jailhouse confession, not the actual murderer, but someone who was an accomplice, and then that, combined with the fact that there was no evidence on Chris at all, led the state to overturn it. It took many years for that to happen, because to overturn a non-DNA case, you need to find the real culprit, which is where detective work comes in. And this is where these guys are probably better suited than a detective who’s trained, because they know these neighborhoods, and they can do that kind of gumshoe detective work that you need to do if anyone’s going to find the who the real perpetrator was.

How do you distribute, and protect, your films? With the margins so small on most documentary features, I imagine it can be very difficult.

I’ve definitely seen stuff that I’ve done being pirated or put online, and for independent filmmakers it’s really frustrating. A lot of documentary filmmakers that I know make money only to be able to do their work. I’m not talking about making a lot of money, but being able to make enough to produce their next film. And they do that by being able to distribute their films in the marketplace, especially the educational marketplace, which is the most profitable and supportive way to get documentary films out there. And if there’s piracy and we make less of those sales, it just sort of leads to not being able to make more films.

A quote from filmmaker Richard Robbins that resonated with me is that documentarians have to be “pathologically persistent.” Does this sound like you?

Well first of all, the only glory in it is the satisfaction of making something that fulfills your artistic and storytelling goals. There’s no money in it, obviously, and there’s not a lot of fame and glory, but what I find fascinating is you get to drop down into different worlds for a long period of time and immerse yourself in them. I do agree that what you need as a documentarian is you need to be monomaniacally obsessed with pushing this idea up a giant mountain. You have your supporters around you, but you have people around you who think you’re obsessed and insane. It does seem very Sisyphean, this hopeless thing each time, because it’s so challenging and you sort of want to give up at many different places along the way. I think the people that succeed in it have this obstinacy, this persistence.