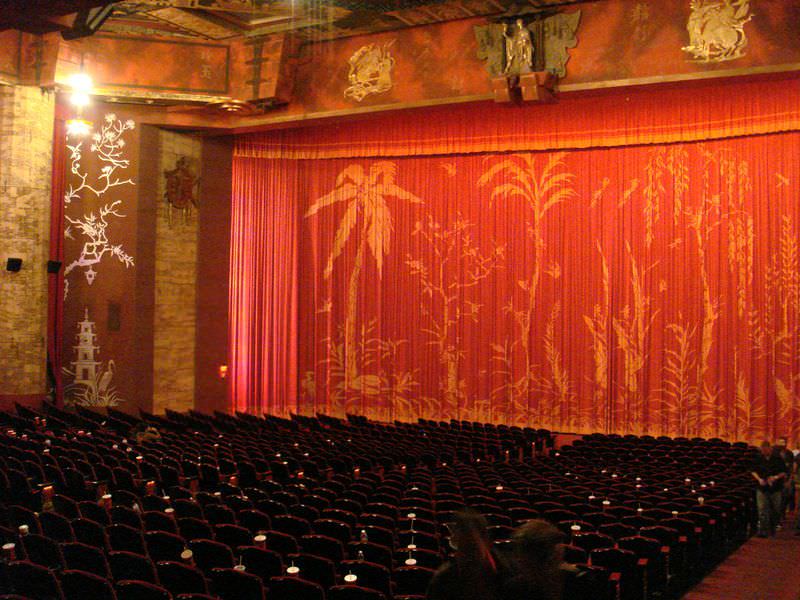 It’s well past midnight at the Nitehawk Cinema in Brooklyn, yet nearly every seat in the theater is taken. There’s a palatable sense of glee in the dark room (likely aided by the cinema’s plentiful bar) as the film reaches its crux: “Run! Go! Get to da choppa!!” screams Arnold Schwarzenegger. The audience breaks into hysterics.

That’s right; we gathered here tonight not to see some newly released Blockbuster but to watch the original 1987 Predator. Though the movie may make frequent appearances on Cinemax and is readily available for home delivery on Netflix, watching it alone on the couch on a Sunday morning does not compare to joining dozens of likeminded fans in a crowded, dark room.

“You may have seen Predator a million times, but to see it in a theater with a bunch of people who came out just to see Predator is something really cool,” says Matthew Viragh, the Nitehawk’s owner. “It’s sort of a communal experience.”

Whether watching a retro classic such as Predator or turning out for the opening weekend of Man of Steel, there’s something special about going to the movies. At home, distractions—nagging kids, ringing phones, texts—abound. The theater gives us an excuse to switch off for a couple hours and surrender to a completely immersive experience. It’s through this uninterrupted story telling that movies deliver their full emotional and creative intent.

“Movies create very powerful moods, many of which I don’t think can be captured while watching on an iPhone at an airport or being stopped and started at home,” said Carl Plantinga, a professor of film and media at Calvin College. “Certain kinds of moods, like somber reflection, just can’t survive that distraction.”

Plantinga further attributes the theater’s draw to several additional points. The first is a concept called “making special.” Going out to see a movie requires making plans, coordinating with other people, getting dressed, driving or taking the train, paying a little money and finding a seat. All together, this process makes going to the movies an event. “Any time you make something an event, you make it special and are more inclined to be appreciative of it,” he says. “You’re less likely to be dismissive and more likely to give it your full attention.”

For Nitehawk, making special includes drink and food items crafted to suit each film (nibble on Mrs. McGarrick’s Deviled Eggs while sipping on a Blood Ties during Stoker, for example) as well as 30 minutes of pre-movie entertainment such as forgotten old clips, avant-garde hipster shorts and music videos all themed around the main event. “We try to provide a better experience that gets people out of their houses and into the theater,” Viragh says. “The way that people have access to movies is definitely changing and will continue to change, which puts pressure on movie exhibitors to step up their game.”

Once that sense of specialness is set, audience members settle into the theater’s unique atmosphere. Large movie screens engage our peripheral vision while digital soundtracks and subwoofers create sound effects that can permeate our whole body. Additions such as IMAX and 3D add further bonuses. “It’s a sensual experience that, unless you have a great system, you can’t replicate at home,” Plantinga says.

Finally, and perhaps most significantly, is what psychologists call the contagion factor. We’re social beings, and when we become members of group we tend to have stronger reactions than when we’re alone. This phenomenon extends from mobs and riots to religious services to ancient story-telling and musical performances. Just as listening to a standup comedian in a crowded auditorium tends to elicit more belly-shaking laughs than hearing the same show while driving alone in your car, so too do movies become interactive, social experiences.

“People, in some way that nobody has yet quite figured out, feel and think somewhat differently when they’re in a group,” says David Sterritt, chair of the National Society of Film Critics and an adjunct professor at Columbia University School of the Arts. “There’s unquestionably a pleasure in sensing the responses of others around us, especially when we sense that they are feeling the same way that we do, whether in suspense, amusement or alarm.”

And in an increasingly virtual world, movie theaters may be one of the few options left where such group camaraderie can readily take place.

Some say that, in the future, society will largely abandon movie going. Visiting the cinema will be the equivalent of going to the opera or a Broadway show today—an expensive, fancy event that happens once or twice a year. Instead, people will opt for watching movies at home on their own projectors and screens technologically superior to the ones we own today. “If things like that happen, I do think that something will be lost,” Sterritt says.

Luckily, however, this scenario likely will not come to pass if for the simple reason that teens and young adults particularly enjoy getting out of the house. Moreover, theaters—with their promise of inviting darkness and ready-made post-film conversation topics—will continue to play a prominent role in dating culture. Finally, as packed theater reruns of Predator attest, going to the movies is simply a fun experience, even if you already know what’s going to happen.

“There’s a group of people who are just hardcore movie-going people and like to see movies in movie theaters,” Viragh says. “I don’t think that’s ever going to change.”