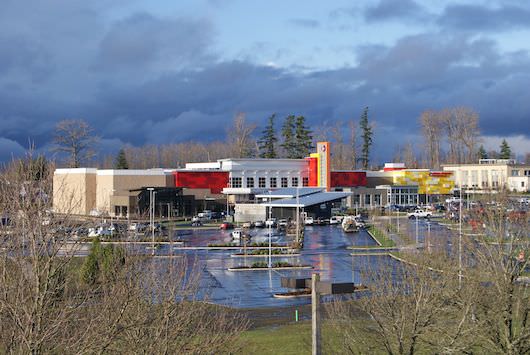 Open the doors of the Park Theatre in McKenzie, Tenn., a tiny town 130 miles west of Nashville, and it feels like you’re in a haunted house — literally. That’s because the lobby is covered in cobwebs, skeletons and plastic bats, the campy leftovers of Halloween’s Nightmare Theatre, one of many fundraising events meant to help restore this historic 1940s movie house that has been abandoned for the better part of two decades. 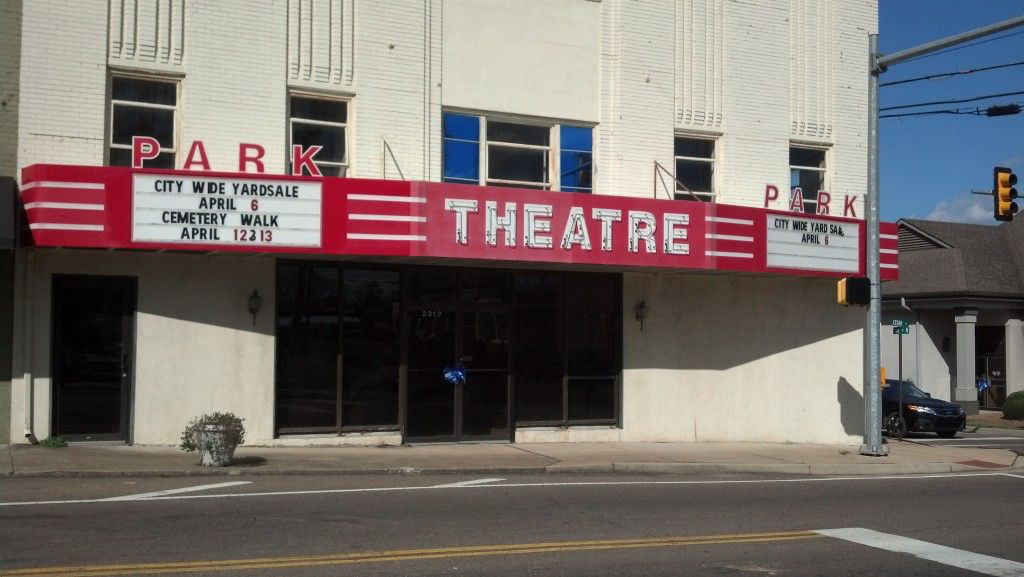 “It’s in terrible condition,” admits McKenzie Mayor Jill Holland, but she can see past the mold and mildew (that’s not a leftover from the haunted house, unfortunately) to a new and improved Park Theatre, one that can pay homage to her hometown’s history while reinvigorating its economy at the same time.

Raising half a million dollars in rural west Tennessee is no easy feat, but Mayor Holland has grander ambitions than a previous administration that wanted to raze the theater and build a parking lot. “It can be an anchor for that side of town,” says Holland, who already imagines movies old and new playing on the big screen — and students from nearby Bethel University flocking back to a forgotten downtown to spend their entertainment dollars.

Thanks to The Avengers, The Hunger Games and 653 other movies, the film industry took in a record-breaking $10.84 billion last year, a 6.6 percent increase over 2011. Some of the 1.365 billion tickets sold in North America went to those Bethel students; plenty more went to the 5.8 million moviegoers age 40-49 who went to the movies at least once a month. But young or old, the money brought in by tiny art houses and giant multiplexes had effects far and wide, acting as the engine to local economies.

Sandwiched between Vancouver and Seattle, the 85,000-person town of Bellingham, Wash., was used to seeing business go south or north to larger metropolitan areas. But as Talbot Real Estate built Barkley Villlage, a 250-acre development with a mix of residential, office and retail uses, something was missing. “The buzzwords were ‘live, work, play,” and we wanted to add components of each of those,” says Barkley Village President and CEO Jeff Kochman. “People here have been starved for a great movie experience, so a theater was at the top of our list.” 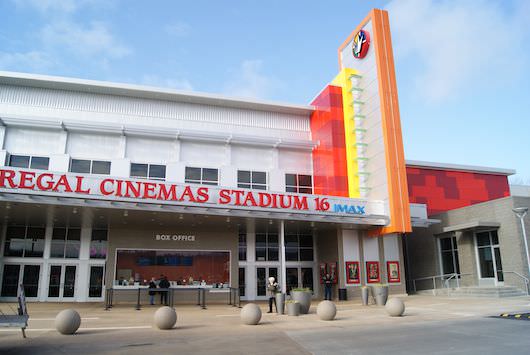 Though it only opened last December, the Regal Barkley Village Stadium 16 has already given, in Kochman’s words, a “huge shot in the arm” to an area adversely impacted by the economic downturn, bringing new jobs and opportunities to this community. “We have seen an uptick in all businesses that have some synergy with the theater,” adds Kochman, who points to a cluster of dining options, from Subway and Quiznos to a sushi restaurant and regional burger chain, surrounding the theater.

Likewise, the viability of the theater has shown other retailers — even ones that backed out of the Barkley Village development during the recession — that Bellingham is a place to invest. “We want to add national brands,” adds Kochman, who has seen a Trader Joe’s in Barkley Village thrive. “The theater can help convince those who think this market’s not big enough that it is.”

If Kochman wants to see where things at Barkley Village could be in a year or two, he can look across the country at the thriving Regal Clifton Park Stadium 10 in upstate New York. But the future wasn’t so bright when DCG Development Group acquired a dingy, six-screen cinema adjacent to a failing mall, Clifton Park Center, in 2006.

“The theater had seen better days,” says DCG Vice President Donald MacElroy. “Our feeling was that entertainment and dining would be a key in the future of reinvigorating the property, so we started working with Regal Cinemas almost immediately.” When Regal saw DCG’s commitment to the project, from mall renovations to a new Hilton Garden Inn built directly adjacent to the site, it even inspired them to give the theater a Regal Premium Experience auditorium—New York’s only RPX theater outside of Times Square.

“We’re creating a multi-faceted attraction where people can shop, dine and see a movie, and the restaurants we were able to attract—Chipotle, Buffalo Wild Wings, Olive Garden—were certainly counting on the new Regal for revenue,” says MacElroy. “It has been a resounding success and put us back on the map.”

It’s a familiar story to Ryan Noonan, Director of Publicity at AMC Loews, who has seen the same happen wherever the chain invests in a new venue. “A lot of our movie theaters are centered as an anchor tenant surrounded by restaurants, shops and other retail,” he explains. “A movie theater is an iconic institution that is part of our culture. People want that communal experience of 60 or 600 people laughing or cheering or gasping at the same thing.”

As she pores over years of memories at the Park Theatre — seeing scary movies in the “sweetheart seats” with friends as a teen, going to midnight showings of the Rocky Horror Picture Show in college (and falling asleep by 1 a.m.) — McKenzie Mayor Jill Holland can’t help but agree. But her crusade is about more than nostalgia.

“Everything that we do is centered on economic development,” she says. “A historic downtown that preserves the character and integrity of your town is an economic vehicle that needs to be used.” No wonder she’s so determined to see the Park Theatre project through. And when the curtains part for that first showing, it will be proof that little McKenzie, Tenn. — like thousands of towns and cities across the country — is open for business.