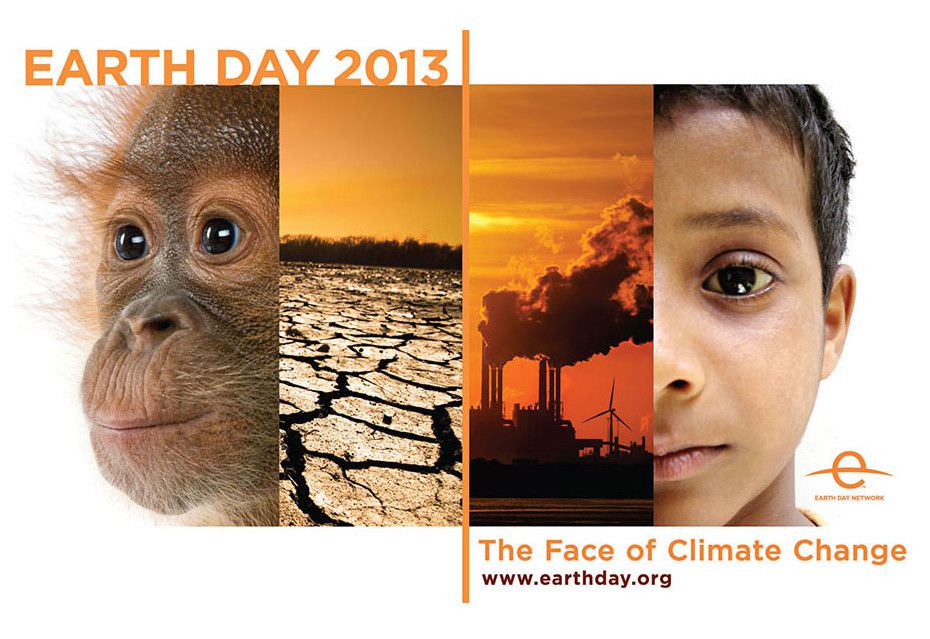 Earth Day: The Studios Go Green Behind the Screen

For years, Hollywood has celebrated Earth Day in order to raise awareness about environmental issues and to strike up a memorable dialogue about sustainable practices. And the film studios' embrace of Earth Day has only strengthened over time. From PSAs to Paramount's new micro-turbines, we take a look at the industry's dedication to spotlighting one of the most important advocacy dates on the calendar.

In 1990, the holiday got a pretty big boost from Hollywood when Time Warner called on some of their favorite talent to hammer home proactive things Americans could do to reduce their footprint on the planet. (Our favorites? A pony-tailed Kevin Costner teaching Meryl Streep how to recycle and Neil Patrick Harris as Doogie Howser giving a press conference about the health of his patient, “Mother Earth.”)

But in 2013, the film business’s efforts have far exceeded PSA productions, and the good news is that a lot of progressive practices like electric car fueling stations, composting, a ban on plastic bags in commissaries, and required carbon emission reporting have become all but de rigueur on most major lots. As each of the main studios shoot to achieve “100% sustainable” status in the coming years, the pressure is on to determine creative ways to be the first to get there, and then some. In honor of Earth Day, we take a look at some of the ways Hollywood is committed to 'greening' up their practices:

•Sony, whose studios were the first to receive a zero waste designation, requires every TV and film production to plant one tree for every day of shooting.  Their DVDs have also been repackaged so that 22% of their carbon emissions have been eliminated, and a program to promote buying and renting their films digitally is in place, in the hopes that they can reduce further carbon emissions by another 75%. And as a nice perk: the company contributes money towards any employee’s purchase of a fuel-efficient car or solar home technology.

• Since 2010, Disney has employed individual environmental stewards on all productions to evaluate, implement and oversee any possible greening practices that limit their impact on the environment while filming. A campaign revolving around the April 2012 release of Chimpanzee generated enough funds to protect 130,000 acres of chimpanzee habitats and educate 60,000 children in the Congo about animal conservation, and they’ve also upped their on-set recycling efforts so that films like the upcoming Saving Mr. Banks have diverted 89% of waste from landfills.

•By transitioning many of their sets to use LED space lights, Warner Bros. estimates that they not only cut down on rigging time by 50% and the amount of amps of electricity pulled per light by 80%) the alternative technology also reduces on-set temperatures so much that the need for air-conditioning is all but eliminated. And thirteen of their shows this season used biodiesel fuel, resulting in the reduction of fuel-related CO2 emissions by 37 tons.

• NBCUniversal’s company-wide sustainable production program not only promotes recycling and composting on-set waste, but also the sets themselves, so that things like the battered barricades of Les Mis live on in future productions. In 2012, they donated 250 tons of material for reuse in art education workshops and charity events, and they’ve installed their own Mac Tech LED Lighting technology on the sets of E!’s Chelsea Lately, USA’s Covert Affairs, and the Universal film, Identity Thief, resulting in an 80% power savings for each production.

•20th Century Fox recently completed its second solar power installation. Since the first phase was implemented in 2011, they’ve reduced their emissions by 300 tons—the equivalent of cutting back on 32,000 gallons of gasoline. They’ve also partnered with Keep America Beautiful and lent their Ice Age: Continental Drift characters to create an entirely new era of Earth Day PSAs.