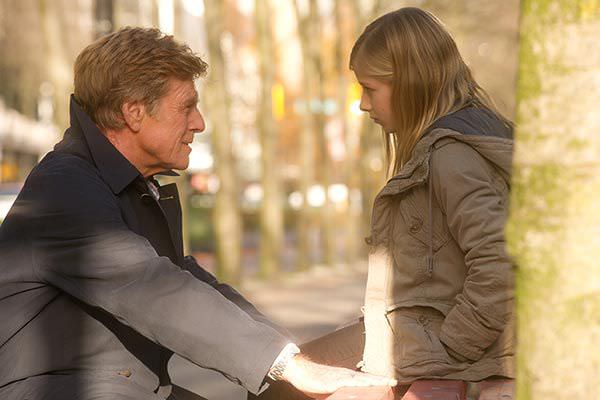 Company Man: A Conversation with The Company You Keep Author Neil Gordon

“During the war in Vietnam, you were either for Jane Fonda or you were for John Wayne,” says Neil Gordon. The author and professor doesn’t remember where he first heard this maxim, but it perfectly sums up his feelings about one of the most tumultuous eras in our country’s history. Though he’s firmly on Team Fonda, Gordon’s 2003 novel The Company You Keep — and the big-screen political thriller it inspired — doesn’t take sides, opting instead to show what can happen to a well-intentioned movement when good ideas (end an unjust war) and bad tactics (domestic terrorism) collide.

The film tells the morally complex tale of Jim Grant (Robert Redford, who also directs), a former Weather Underground member living a quiet life under a stolen identity. When a brash newspaper reporter (Shia LaBeouf) learns of his past and links him to decades-old crime, Grant must go on the run and try to clear his name with the help of old activist friends — some who would do it all over again (Susan Sarandon), others who resent WUO’s role in splintering the antiwar left (Richard Jenkins). Gordon, the Dean of the American University of Paris, spoke from France about growing up in the war-torn 1960’s and walking the red carpet in Venice.

The Credits: Can you tell us the origin story of the novel? What drew you to the topic more than a decade ago?

Gordon: I’m old enough to have grown up during the war in Vietnam, though I’m too young to have actually been a participant in the antiwar movement. So for someone of my age the war in Vietnam was the major event of my childhood. It colored everything.

Did you have a fascination with the Weather Underground?

The fact that there was a little group of people who said enough is enough and took their protest very seriously — seriously enough to endanger their lives and the lives of others — was a pretty compelling thing. It was not necessarily something I agreed with, but it was something I was very interested by. What made a group of white, middle-class people do that? That’s the question I wanted to answer.

How did the movie come to be? It’s romantic to imagine the phone ringing one day and it’s Robert Redford, but it probably wasn’t that simple.

Yes and no. Originally the novel was optioned by Fox Searchlight for Redford, and when the deal was made he took me out to lunch a few times. But the option expired and it looked like the project was dead in the water. Then one day I was sitting in my office when my phone rang and it was Robert Redford and he said he was going to make the film. It was just as exciting as you’d think.

He was clearly pretty passionate about the project.

Yeah. I worked with him a lot and it was just a hard book to adapt because it’s written in five or six different voices. They had a long, hard job to fashion it into a film.

How hard is it to relinquish control of your characters?

I don’t really see it that way. I know I’m supposed to, but I don’t. I’m a novelist, not a screenwriter, and I was interested in the process of seeing my work transformed into a different medium. In fact, I thought that the process took so long because they were too respectful to the book.

The original draft followed the plot structure of the book quite exactly, but it was a novelistic structure, not a filmic structure. As a consultant I went to a lot of meetings, and I found myself in the unexpected role of urging them to move further away from my book. I wanted them to take it over.

What’s it like being in a darkened theater and finally seeing the finished product?

Seeing the film the first time was a pretty strange experience. I was at the Venice Film Festival with Bill Holderman, the producer, and Redford. Some of it was very moving because it’s my characters and my plot and some of my words. I tried to be blasé about it, but I couldn’t. It’s a huge auditorium in Venice. There must be 1,000 people, and they all heard me gasp.

Were you able to be as blasé on the red carpet?

It’s the red carpet, but you’re not the star. It’s hard to have a fantasy about your place in the whole thing. It was fun to see how it all worked, but I’m not sure that I ever care to do it again.

So do you give the film your seal of approval?

Oh, yeah. I want to see it a couple more times. It opens in Paris next month, so I’m going to go to a movie theater one day at 10 in the morning with some friends and that will be a really good way to judge it.

What was your favorite moment?

Susan Sarandon was the highlight for me. I didn’t feel any distance between the character I had written and the character she portrayed. And seeing Shia LaBeouf was also kind of funny because the character he plays has a lot in common with me in that he’s kind of a jerk. [Laughs] He played him as a jerk, and I felt like the character’s humor is very much my humor. That was lots of fun.