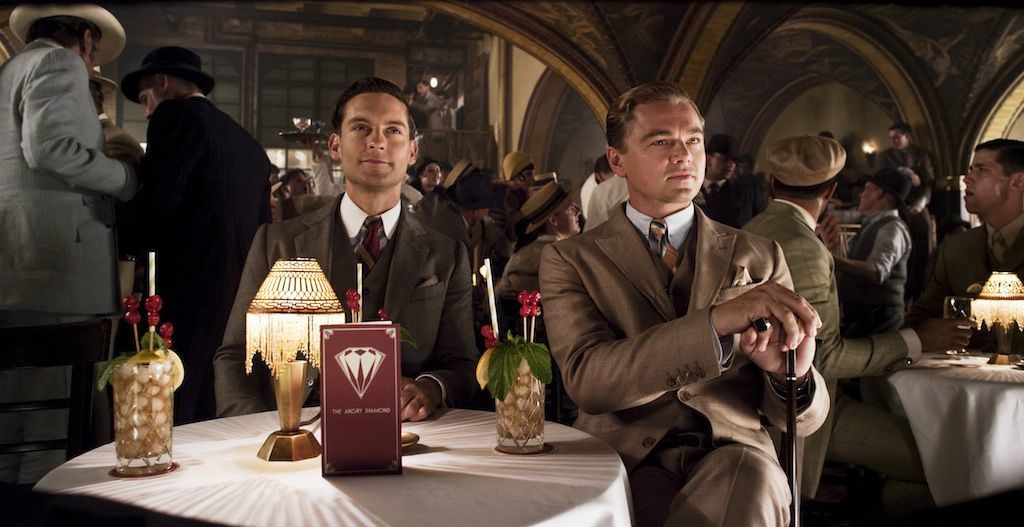 By The Book: Literary Icons Flock to Hollywood

Los Angeles, arguably best known for its flagship status as a gateway to Hollywood and the film industry at large, has developed uncountable stereotypes for the culture that populates its traffic-clogged arteries. And while there might be too many LAisms to count (for starters: epic taco trucks, grass-scented juice bars, fuzzed-up band members sauntering down Sunset Boulevard, etc. etc.) those reserved for the film industry are particularly iconic misnomers. Among them, my favorite: the questioningly ambitious, utterly disgruntled screenwriter—covered (of course) in stray streaks of pen ink, glasses reflecting script edit #989 on a slightly outdated MacBook, eyes fluttering at the chime of an opened door on the oft-chance that Soderbergh, Spielberg, or Aronofsky blocks the in-pouring sun, hot on the hunt for the next big screenplay. Blame Nathanael West or Barton Fink, but for me, there is no tall tale more simultaneously tragic, romantic, and unique-to-place than that of the stereotyped LA screenwriter.

Speaking of which, this portrait of the artist is largely a work of fiction. Working screenwriters hardly have the luxury of spending days at the local coffeehouse, let alone to primly bat their lashes at potential Hollywood patrons—and disgruntled? Sure, but more likely on account of a lost parking space, than by way of an occupational hazard. But perhaps the image, which has a fair bit of its roots planted in literary depictions—from West’s Day of the Locusts to Raymond Chandler’s notoriously disdainful essay “Writers in Hollywood” to Charles Jackson’s storied saga with Lost Weekend—is an allusion that’s finally on its last leg. Despite what has once been sensationalized as a tumultuous divide between literary writers and film writers, one of the biggest recent developments in the screenwriting profession is the surge of literati eagerly flooding Hollywood studios, projects, and films.

It seems in Hollywood, the cultural worlds of cinema and literature are, perhaps for once, joyously colliding. Here are a few of the telltale signs:

1. You’re not just imagining it: There are more book-to-screen adaptations than ever before – and scores more authors penning Hollywood’s biggest projects. Whether it’s Game of Thrones, Life of Pi, Harry Potter, the hotly anticipated Great Gatsby or the gorge of comic-books-turned live action entertainment like The Walking Dead, today’s audiences are in hot pursuit of translating what once was literary onto the big screen. Among the biggest recent novelist-turned-screenwriter success stories? JK Rowling (Harry Potter), Stephanie Meyer (Twilight), EL James (50 Shades), Suzanne Collins (The Hunger Games), and James Patterson (Kiss The Girls). Of course, this is no micro-trend: thanks to Collins’ co-written screenplay, The Hunger Games garnered $687 million worldwide, while the novel has become the most successful young adult book to date on Amazon.

Lucky for us, some authors are taking their big screen work back to the book: Modern fiction juggernaut Dave Eggers – author of the best-selling novel A Heartbreaking Work of Staggering Genius, and co-writer of the film Away We Go–exercised his cinema prowess once more in an adaptation of Where The Wild Things Are with Spike Jonze. In a fitting move, the postmodern author turned around and penned a book explaining his film adaptation with Jonze.

2. Blockbusters are now being written (at least in part) by Pulitzer-Prize winning authors. Once upon a time, F. Scott Fitzgerald was a prolific Hollywood screenwriter—you might not have known it of course, because he remained adamantly uncredited (the writer thought his work in the industry might compromise his literary echelon). How old fashioned. In 2004, Pulitzer-Prize winning author Michael Chabon had no qualms crediting his work on Spiderman 2. Chabon’s original script for the film was edited by a few industry vets, resulting in his ‘co’ credit, but the author’s foray in Hollywood has not been short-lived. Chabon is currently penning a pilot for HBO called Hobgoblin about a band of magicians/con artists working as British spies during World War II. Note: Fitzgerald never won a Pulitzer.

3. Hollywood stars pay homage to literary icons. Thanks to the Coen Brothers, Johnny Depp, James Franco, and many other household Hollywood names, the last decade of movie-going audiences have become well acquainted with literary legends from William Faulkner to Hunter S. Thompson. Faulkner is rumored to be the inspiration for the fictional W.P. Mayhew in the Cohen brothers’ Barton Fink. James Franco’s role in Howl spurred an increase in adoration of poet Allen Ginsburg, while Johnny Depp has a bona fide infatuation with literary rebel Hunter S. Thompson (Fear and Loathing in Las Vegas, Gonzo, The Rum Diary). Jack Kerouac’s generational epic On The Road finally got its own movie, starring Kirsten Stewart—and next up on the horizon? The Leonardo DiCaprio-helmed film adaptation of Fitzgerald's The Great Gatsby is due out later this year, followed by the adaptation of rebel author Jack Black’s famed book You Can’t Win, starring Michael Pitt.

4. The Canyons. What other film outpost could bring the likes of starlet Lindsay Lohan, porn star James Deen, director Paul Schrader, and novelist Bret Easton Ellis together? Sure the LA-based Kickstarter project has already been well-documented (if not over exposed) here, here and here, but that’s not for moot. Author Bret Easton Ellis interchanges his word processor with Final Draft regularly. Of the connection between literature and screenwriting in Hollywood, the American Psycho author quipped, “If I want to write a movie, I'll write a screenplay, but if I have an idea for a book, it's something that can only be done novelistically."

5. HBO. The Home Box Office channel has been affectionately dubbed, “The Works Progress Administration for Writers” thanks to the proliferation of literary writers in its programming cache. Whether it’s Game of Thrones, or the highly anticipated Chabon-helmed Hobgoblin, HBO seems committed to staffing its shows with literary legends. It’s reported writers like Jennifer Egan, Sam Lipsyte, and Mary Karr all have adaptation prospects with the company.

6. David Sedaris. Perhaps most tellingly of all in the cataclysmic collision of film and literature as of late is the fact that David Sedaris, the famous – and completely hysterical – satirist finally had his writing adapted for the big screen. From Sedaris’ best-selling collection Naked, 29-year-old director Kyle Patrick Alvarez has adapted the hilarious essay “C.O.G.” into a movie, which debuted in January at Sundance. This was no tall order: Sedaris has been an author staunch in his disposition to avoid film adaptations at all cost, so we’re thrilled – nay, ecstatic – that Alvarez has brought one of our most prized living authors to the wild world of cinema.

Of course, the overlap of cinema and literature is hardly novel (!), but the prevalence of literary icons flocking to the industry is proof of great things yet to come. More classic adaptations are yet to be penned and droves of best-selling novels have yet to lay claim to cinematic history a la The Shining. So let us relinquish the stale image of Hollywood’s disgruntled and unsung screenwriter in favor of an allusion a bit closer to the truth; today’s literary screenwriters are thriving—and moviegoers everywhere are all the luckier for it.