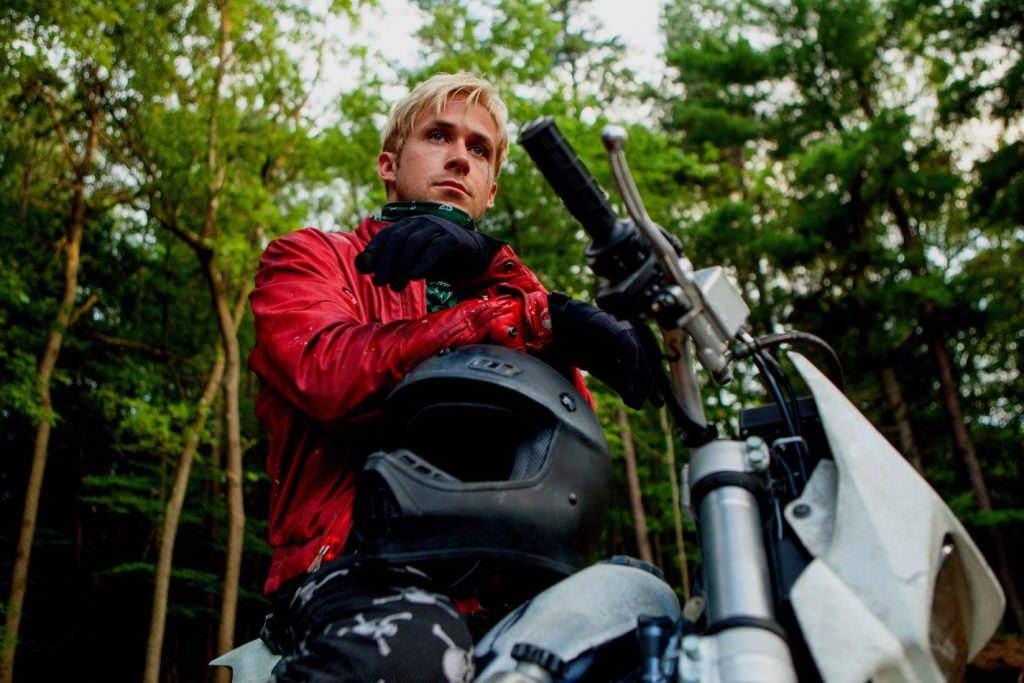 Writer-Director Derek Cianfrance on The Place Beyond the Pines

Ryan Gosling may have recently suggested that he is taking a break from acting, but fans can still find solace in this weekend’s release of The Place Beyond the Pines, a triptych that reunites him with Blue Valentine writer-director Derek Cianfrance.

The cops and robbers caper—costarring Bradley Cooper, Eva Mendes, and Ray Liotta—traces the ramifications caused when Gosling’s character, a drifter-cum-motorcycle stunt driver, finds out he has a child with Mendes. It’s a story that Cianfrance has wanted to tell since he was in the throes of filming Valentine, and one that, as it turns out, fulfills Gosling’s longest-held fantasy to rob a bank.

We spoke to Cianfrance about his film’s origins, how his process works, and what it feels like to make Ryan Gosling cry. 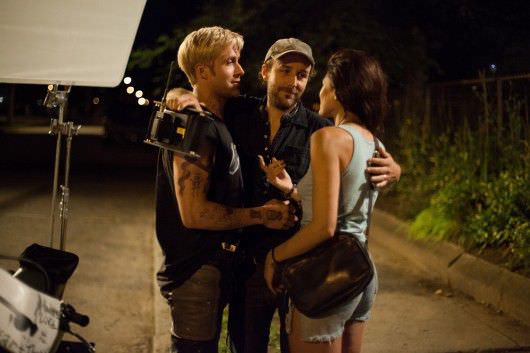 The Credits: You’ve mentioned in the past that you hate to write alone. Was that something that took a while to learn about yourself?

Cianfrance: I’m not a writer…it isn’t my natural ability. I only write so I can get on set and shoot—that’s my way in there. And the only way I’ve learned to write is to write in vulnerable places and make things as personal as possible. I was writing a film called The Man with Purple Eyes back in 1999. I spent a year by myself writing it and I only got ten pages in. I just kept going back to page one and fixing it. To me, that’s the definition of insanity, just talking to yourself in circles. After that moment, I knew I needed to write with people. I’m a filmmaker because I like working and communicating with people. This film, really any film I make, is about the collaboration of artists.

How far along were you in terms of developing Pines when you enlisted cowriter Ben Coccio?

I had this massive idea for a triptych movie—at the time it was called Untitled Cop Kid Bandit Story or the Holy Trinity. I told my agent that I wanted to find a cowriter, and after reading some of Ben’s scripts and seeing his film Zero Day, which I loved, we met. I found out he was from Schenectady, where my wife is from, and that his favorite movie was Goodfellas, as was mine. So we decided, great, let’s do this legacy story.

Did you have a pretty clear map of the story you wanted to tell?

I was reading a lot about Jack London at the time and thinking a lot about ancestry, how we’re born into a certain situation and what happens when your tribe collides with another tribe, and thinking a lot about the history of brutality and massacres in our country and how now we live these domesticated lives and yet those things never go away. I wanted a film that dealt with legacy—personal legacy and American legacy.

What sorts of things did you and Ben decide from the start?

We knew we wanted do it chronologically, without any intercutting or parallel crosscutting between stories—this is a story about lineage, so we wanted to do it linearly. Then we decided to set it in Schenectady, and because we both loved Goodfellas, we decided to write a role for Ray Liotta. 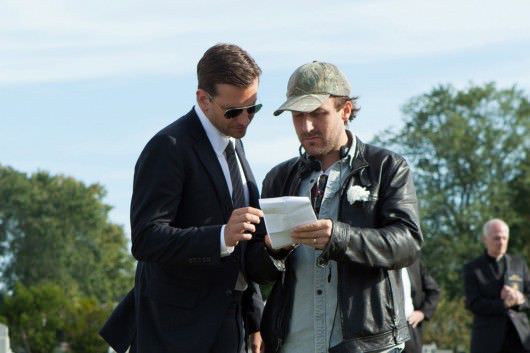 By the time you started filming Pines, you had 37 drafts. How much of that did your actors see?

I was having dinner with Ryan Gosling and his agent back in 2007 while I was working on the first draft of Pines and I said to Ryan, “You’ve done so much in your life. What haven’t you done that you’d like to?” And he said, “You know, I’ve never robbed a bank.” I said, “Oh, really. We’re writing a movie about robbing a bank right now. How would you do it?” And he said, “I would do it on a motorcycle. I’d go in with a helmet so no one could see who I was, I’d leave on a motorcycle because they’re fast and agile, and I’d have a cube truck parked about four blocks away, and I’d drive into the cube truck and then cops would be looking for a motorcycle, not a truck.” And I said, “You gotta be kidding me! That’s exactly what we’ve just written into our script.”

Yeah. It was like destiny. So I gave Ryan the first draft [of Pines] during the hiatus of Blue Valentine, between the falling in love and falling out of love sections. He probably read three or four drafts over the years, but to me, a draft is never really done. You just start shooting. Blue Valentine was 66 drafts. If it was three years later and I hadn’t made it, I would be on 90. I try to keep working, because I want a film to reflect where I am as a man. Blue Valentine was 12 years old by the time I shot it, and it changed tremendously—thankfully—because of my experience. Same with Pines, from draft 1 to draft 37.

What were some happy accidents that happened while filming Pines?

Pretty much everything with the actors. Writing is like dreaming to me, like an instigation. And then you wake up and you’re living in the world of shooting. Everything can happen in shooting for me. For example, Ryan called me up a few months before we started shooting and said, “How about I have the most tattoos in movie history? I wanna get a face tattoo. Face tattoos are the coolest, and this one’s gonna be a dagger dripping blood.” So he goes and gets the face tattoo and of course he comes back and like, “Agggh, I went to far. I think we should take it off.” It was a temporary tattoo, but I told him he had to keep it on for filming. That’s what happens when you get a tattoo. You’re stuck with it. You regret it. We were making a film that was all about choice and consequences, so I felt like if he was ashamed or regretful of a choice, it was perfect for the character.

Do you think it affected his performance?

Early on, we were shooting a baptism scene, with 500 people from Schenectady in their finest church clothes. Eva Mendes is up on stage dressed nicely. I had the camera in the back of the church and I tell Ryan to come in and find a seat. Now he’s literally a marked man, in a torn t-shirt, all covered in tattoos, even a face tattoo. Of course, he can’t sit with anyone, so he goes to the corner of the church and sits down. I take my camera and move in for a close-up, and I notice that he is trembling, involuntarily shaking. As his friend, I want to shut off the camera and give him a hug, but that’s why we’re here. It was one of those moments when acting stops and behavior begins.

I read that your director of photography, Sean Bobbitt, twice ended up under a pile up of motorcycles in a steel cage “globe of death.” Who was in greater danger, Sean or Ryan?

About eight weeks before we started shooting Pines, I got a phone call from Andrij Parekh, who shot Blue Valentine, who was supposed to shoot this. He was crying. “I had a dream last night that I died making this movie. I can’t do it. I have kids now, I can’t do it after what I saw.” I had to find a new DP, so I met with Sean who was like, “What’s wrong with your movie? Why’s your DP dropping out eight weeks before production?” I told him about Andrij’s dream and asked him if he was afraid of dying, and after some silence he laughed and said, “Silly boy, I was a war photographer for eight years.” Sean was scared of nothing. The first week of shooting there was a scene where Ryan had to vomit in the back of a truck. Ryan throws up and Sean immediately kneels right down in it to get the low angle shot—there was nothing that was going to stop him.

And what about Ryan?

There were certain shots that we had to do in single takes and I couldn’t hide a stunt guy anywhere, so Ryan had to train. He was working with Rick Miller, who is the best stunt rider in the business. At eight weeks out, I said, “On a scale of 1-10, where’s Ryan?” and Rick told me he was about a three, and when I asked what he thought Ryan could realistically get to in eight weeks, he told me a 3.5, maybe four. Right before shooting, when I asked Rick about Ryan’s progress and he told me he’d gotten to a seven. That speaks a lot to Ryan’s ability to do things that normal people can’t do.

Ryan has a scene where he has to blow through an intersection and avoid 36 cars. It took us 22 takes. I chew my shirt when I get nervous, and I had a hole in my shirt by the end of that day. The thing is, if Blue Valentine was noted for anything, it was for its realism. You watch that movie and you think it’s true. I wanted it to be the same for this film. Even though we’re dealing with cops and robbers, I still wanted it to be true.

Speaking of robbers, does the issue of film piracy worry you?

Yeah, I think about it all the time. I search online quite often for leaks. Any time you make cuts of your film, you have to watermark it with your name in the center, and you never know when it’s done. Phil Solomon, one of my professors in school used to always say, “The projectionist has the final cut.” When you make a film, it’s so personal. For me, it’s like I’m making home movies, and this stuff is just getting taken. An artist has to live, but if everyone watches my movie without buying a ticket, it’s hard for me to make a living. It’s a little out of my control, but you hope that everyone working in the industry is part of the positive nature of putting work out into the world.