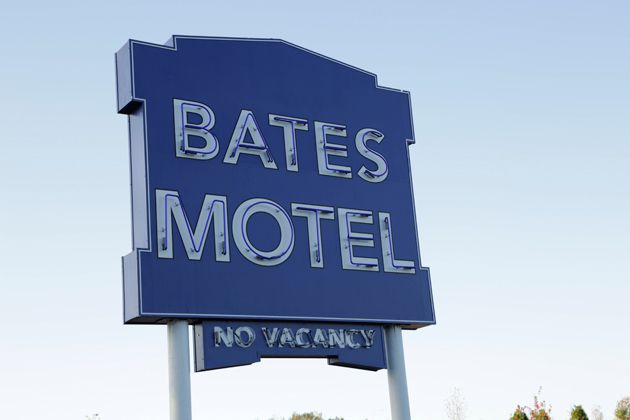 Week in Review: Seven Talking Points From the World of Film From the Past Week

Veronica who? While it’s entirely possibly you’ve never heard of the series Veronica Mars, which aired on the CW from 2004-2007, a Kickstarter campaign launched on Wednesday by the show’s star Kristin Bell, and its director Rob Thomas, raised $2 million in ten hours to resurrect the show in film form. Read more here.

There’s little doubt they’ll struggle to raise their goal of $3.2 million by the April 11 deadline, but the concept of crowd-sourcing as a legit means of movie development has shaken up Hollywood, and possibly for everyone’s—including fans’—gain. David Cross, costar of the recently resurrected Arrested Development, was an early Kickstarter investor, who at the time new Hollywood wasn’t quite ready for the website’s greater implications—yet. “At the time, David was right,” wrote Kickstarter co-founder Yancey Strickler. “But seven years later things are changing. Arrested Development is back thanks to Netflix. And yesterday saw the relaunch of Veronica Mars in stunning fashion.”

Leave “Gotham” to Batman, Spidey Loves the real New York. Usually tight-lipped about the location of their shoots, filmmakers behind the latest installment of the Spider-Man franchise have been especially forthcoming with their plans to film the the entire movie in New York State, hoping it will help Governor Cuomo get the support he needs to extend his production tax incentive program for five more years. According to Sony Pictures and the Governor’s office, the production will bring in 3,500 jobs, cast 11,000 extras, and occupy the biggest stage footprint in New York history. Other estimates for the planned 150 day shoot: $32,000 on coffee, $16,000 on bagels, and 3,000 hotel room reservations in New York, Beth Page, and Rochester. Cuomo estimates that the tax break program generated $2.2 billion in spending last year.

See ya real soon. It should come as no surprise that Leslie Iwerks, granddaughter of Mickey Mouse co-creator Ub Iwerks, has a thing for modern day fairy tales, but the filmmaker, who premiered her documentary Citizen Hearst last week at the Hearst Castle, announced that she’s shifted her focus to a more familiar, and familial kingdom—that Magic one in Anaheim. Since last year she’s been focusing her latest project on Disney’s Imagineering department, the division Walt Disney created in 1952 to oversee production of Disneyland. Iwerks hopes to premiere the doc in 2016 to coincide with Disney’s 12th theme park in Shanghai. “They gave me the keys to the kingdom,” the director said to Variety, in a moment of what one can only assume was mock surprise.

What did he just say? The Hollywood Reporter takes a deep dive “inside the weird world of international dubbing,” that goes far deeper than just reporting that in Italy, the voiceover in Die Hard yells, “Yippe Ki-yay, Pork Cheeks!” While multilingual actors including Antonio Banderas, Jodie Foster, and Sandra Bullock routinely get added compensation for doing their own dubbing, what’s even more interesting is how some foreign stand-ins have built robust careers around being vocal doppelgangers for US stars. Germany’s Christian Bruckner has dubbed Robert De Niro for forty years and Japan’s Koichi Yamadera has made himself the “go to guy for pretty much every big African-American star from Eddie Murphy and Denzel Washington to Will Smith.” Charlie Sheen’s German dubber even tried to stage his own revolt when the Two and a Half Men star began heated salary negotiations, unsuccessfully demanding five times his regular rate of $600 per episode. How do you say “Winning” in German? (Gewinnen, obviously.)

Checking in. This Sunday marks the premiere of the A&E’s Bates Motel series, the Psycho prequel starring Vera Farmiga, produced by Lost co-creator Carlton Cuse. In an interview with Vulture, Farmiga deftly straddles the line of being provocative without being creepy when it comes to discussing her relationship with 21 year-old actor Freddie Highmore, who plays her all-too-close son, Norman Bates. “He’s my best friend,” she says before clarifying, “We spend 18 hours a day together. We were going to be incredibly close or enemies. He’s the guy you want as a son.”

Knock us over with Gossamer wings. In a move that stunned no one, but pleased us all, the Cannes Film Festival has announced that Baz Luhrman’s Great Gatsby will open the festival this May.

It was also announced that upstart Steven Spielberg will be the jury president. What did surprise some, however, was the announcement that the Olivier Dahan-directed Grace of Monaco biopic starring Nicole Kidman, will not make it’s way to the festival’s celebrated Croisette. What’s certain to follow? Overusage of the word “croisette” in entertainment media.

The former Avon and Regan books editor, who is now essentially a freelance book scout, is hemming closer to his roots after a successful eight years shepherding little projects like the Twilight series and The Girl With the Dragon Tattoo from the page to the (sound) stage.