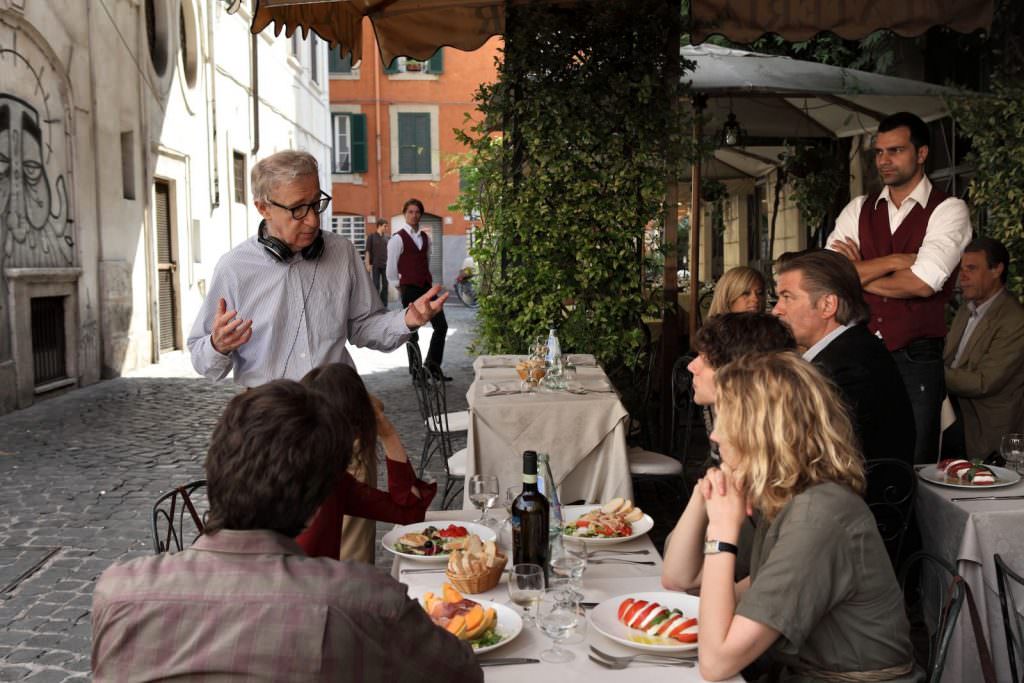 There is a scene in Robert B. Weide’s 2012 American Masters special, Woody Allen: A Documentary, in which Allen, sitting casually atop a bed in an unassuming guestroom that betrays the elegant townhouse on Manhattan’s Upper East Side that contains it, takes out an array of paper scraps encompassing a career’s worth of film plots. Or, for the most prolific force in cinema, releasing a movie a year for the past four decades, maybe just half a career.

“This is how I’ll start,” says the director as he sifts through the pile of small bits of hotel stationary and loose sheets from yellow legal pads. “I go through this all the time. Every time I start a project.” Allen, who got his feet wet writing for variety shows like The Colgate Comedy Hour during TV’s Golden Age, holds a continued reverence for the art of the premise.

It’s been a surprising year or two for the greatest philosopher since Groucho Marx. A year before PBS honored him with the aforementioned bio-doc, he was launched back into critical acclaim with Midnight in Paris (2011), which he then followed up with his best film since Deconstructing Harry (1996) to moderate but extant murmurs. Nevertheless the film was great and, of course, Woody never pays much mind to acclaim.

Earlier this year, Sony Pictures Classics released that film, To Rome With Love, on DVD and Blu-ray. The movie is composed of four concurrent but not interlocking stories all taking place in The Eternal City. There is the newlywed faced with questions of fidelity receiving advice from a ghostly mentor who may or may not be his future-self, the nebbish country mouse whose relatives mistake a prostitute for his prudent wife, the unexceptional nobody who wakes up to a fawning gaggle of paparrazi inexplicably treating him like an A-list celebrity, and the crotchety mortician who proves to be the world’s greatest opera singer—as long as he’s in the shower. 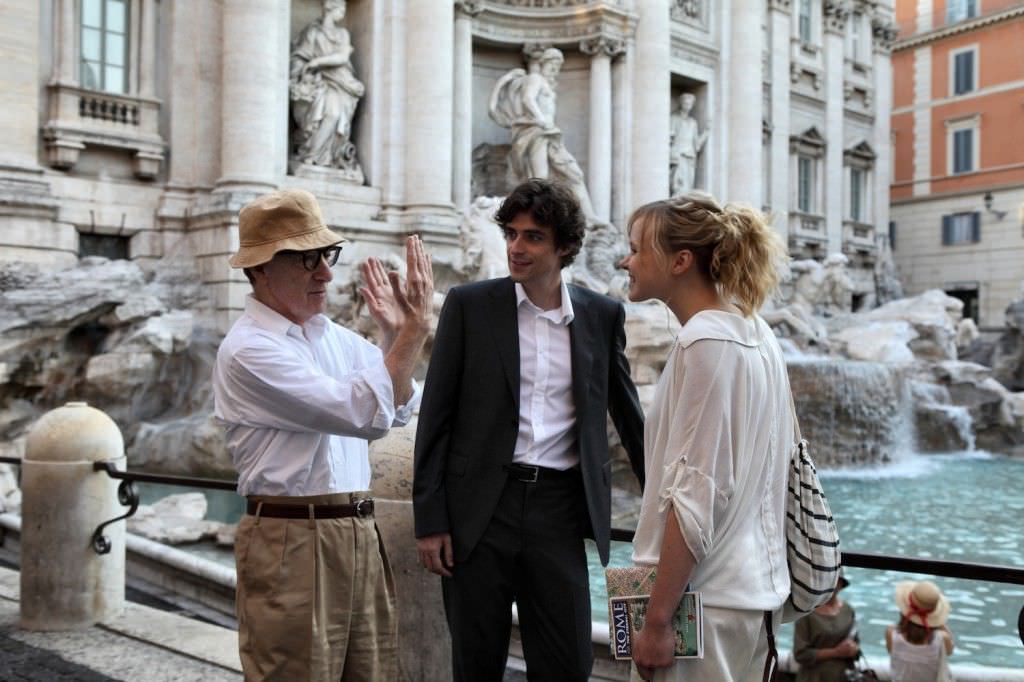 Because Allen crosscuts back and forth between the different tales, it isn’t fair to call these vignettes, but the effect is something like an anthology film with only one director. To that extent it may be the most transparent of all Woody films, representing a pastiche of ideas probably jotted down over the past forty years on those bits of paper and recently rescued from the anonymity of said pile. In fact, Allen relays the exact premise of the man who can sing opera only in the shower while talking casually about himself in this Q&A with Time Magazine, three years before the movie’s release. For another example, one may notice more than a passing resemblance to the plot of Midnight In Paris in this routine from Woody’s mid 60’s Stand-Up career. While To Rome With Love doesn’t try for the emotional depth of films like Hannah And Her Sisters (1986) or Manhattan (1979) it does showcase a returned interest to both the magical realism of masterpieces like Purple Rose of Cairo (1985) and Deconstructing Harry (1996) and the irreverent premise based comedy that marked his groundbreaking stand-up work in the days when most comics just wanted to be the next Lenny Bruce.

As has become de rigueur for his home video releases, the Blu-ray is bare-bones. Buyers get the film’s theatrical-cut, an original trailer and chapter search. Even the packaging is bereft of any frills. It’s fair to assume that Allen, who grew up devoutly in the church of the movie theater, probably thinks films should speak for themselves. However, another factor could be a simple lack of extras to include. Allen is an infamous self-editor, which sometimes he takes to extremes. One anecdote in Eric Lax’s 1991 biography tells of Allen being so vexed with a daily he received while shooting Annie Hall (1977), a sight gag involving the news ticker on Times Square’s famous Allied Chemical Building, that he threw the original film reels into a reservoir. Besides, and to paraphrase Annie Hall’s Alvy Singer, Woody probably wouldn’t want a special edition that would have someone like him for a member.

TAGSMidnight in Paris The Purple Rose of Cairo Woody Allen