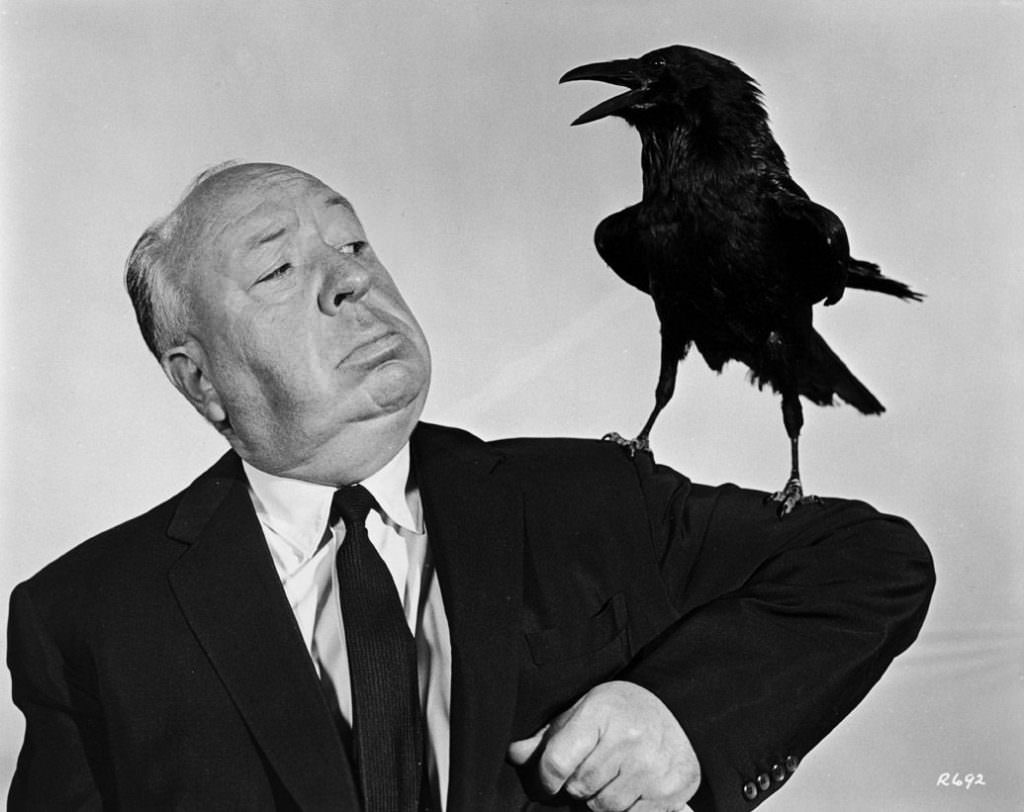 On the 50th Anniversary of The Birds, the Story of how a Disney Animator Helped Hitchcock fly

On this 50th Anniversary of the premiere of Alfred Hitchcock’s The Birds, we learn how The Mouse House helped the master of suspense realize one of his most technically ambitious and influential movies.

After the global success of Psycho in 1960, the world was anxiously awaiting to see how director Alfred Hitchcock would scare them next. Rather than rest on the laurels of an already legendary thirty-five year directorial career, Hitchcock continued to challenge himself and movie audiences alike by undertaking to film what turned out to be one of the first global apocalyptic horror movies, and one that has influenced every monster movie since The Birds premiered on this day in 1963.

Hitchcock showed future filmmakers how to take the incredible power of the natural world and bend it to his will in order to terrify–think Melville’s Moby-Dick, only airborne, and his film was the obvious precursor to one of the most successful (and terrifying) man-versus-nature films of all-time,  Jaws. Yet Hitchcock’s classic can also be sourced in films that took his premise–nature gone mad–and placed it on other planets, underground, or, brilliantly, in our world but one in which nature itself has been perverted. Think Alien, international hits like The Descent, District Nine, and The Host, and certainly George Romero’s Dead series, as well as the current AMC-TV zombie hit The Walking Dead and the upcoming summer zombie flick starring Brad Pitt, World War Z.

The Birds was based on a 1952 novelette by British writer Daphne du Maurier, whose 1938 novel Rebecca Hitchcock had taken on as his first American movie, which was released in 1940 and won the Academy Award for Best Picture. Enamored with only the story’s basic situation of a bird attack on the English village of Cornwall in post WWII Britain, Hitchcock and his screenwriter Evan Hunter jettisoned the whole novelette except for the bird attack and the title, resetting a new story and characters in modern day San Francisco and the small coastal village of Bodega Bay. With a first rate cast headlined by Tippi Hedren, Rod Taylor, Jessica Tandy, and 12-year old Veronica Cartwright (who would go onto encounter several descendants of the birds in the 1978 remake of Invasion of the Body Snatchers and later in Alien), Hitchcock and his production team’s major work was to figure out how to film the bird attacks so they would look believable, real and terrifying.

Existing blue -screen traveling matte technology used to combine two filmed elements together into one shot, like an on-location background and an actor filmed in the studio in foreground, or in this case, actors in a studio foreground and birds flying around in a location background. The technology had drawbacks, however, including a fringe of blue light outlining composited subjects like actors, due to misalignment of the mattes, a recurring problem. It’s didn’t look real for enough Hitchcock.

Enter legendary special effects and animation artist Ub Iwerks, co-creator of Mickey Mouse with Walt Disney and Disney’s oldest friend. Iwerks headed up development of special visual effects at Disney, and it was there that extensive work was done in the 1960s and 1970s with the sodium vapor process, or yellowscreen, a compositing technique that originated in the British film industry in the 1950s. Using a specially modified three-strip Technicolor camera reduced to two strips running through it, the image was halved by a special beam-splitting prism that hit both the packed together regular color negative film plus a special black and white film sensitive to sodium vapor light.

So how exactly did this work? Actors would be filmed in front of a white screen lit by sodium vapor lights, which put out a narrow color spectrum light that fell in between the red, green, and blue spectrums of color negative film. Thus the normal color negative film could be utilized without picking up any of the sodium vapor light, and no exceptions would have to be made for colors of costumes, makeup, and props, as it did for the bluescreen process. The color film of the actors was exposed normally and the black and white film that captured the sodium vapor light exposure of the actors presented the subjects in black outline on matte and counter matte elements to be exposed later when filming the birds for the background. As both the color and black and white film were shot in the same camera, the image elements were cleanly isolated, and provided near perfect matching of birds and actors when combined. Hitchcock was impressed.

And so the Master of Suspense used Iwerks and Disney’s single sodium vapor Technicolor camera for his production. With the additional use of mechanical birds for a few shots, live trained birds for close up shots, and even cardboard cut out birds for long shots, Hitchcock and his team achieved the impossible: realistic looking and thus terrifying attacks of birds on the people and town of Bodega Bay.

To match the ingenuity of The Birds visual effects, Hitchcock decided to heighten the tension and terror of the movie by eliminating a traditional music score. Instead he had his composer of choice, Bernard Herrmann, supervise the construction of the special aural effects of the bird sounds— cries, yelps, wings flapping—utilizing an electroacoustic mixtur-trautonium, a forerunner of today’s synthesizer, first developed in Berlin in the late 1920’s. Hitchcock thus commissioned an electronic soundtrack from one of the inventors of the machine, Oskar Sala, as well as Remi Gassmann, both supervised by Herrmann. The result can be seen (and heard) in one of the most startling scenes in the movie, as the birds attack the exterior of the farm owned by Rod Taylor’s character, while inside, the actors react to the terrifying sounds of the attack, without the characters or audience seeing the birds actually attack.

All About The Birds, a wonderful documentary further exploring the making of this classic, is available on The Birds DVD and Blu-Ray. The Birds Blu-Ray is only being offered at this time as part of two packages of Hitchcock movies: The Masterpiece Collection with 15 Hitch films, and The Essentials Collection, which is available June 4th, with five Hitch classics. And look for the 50th Anniversary screening of The Birds at the Tribeca Film Festival, in a special Drive-In show on 18 April.

Featured image: Alfred Hitchcock and one of the mechanical birds from The Birds. Courtesy Universal Pictures