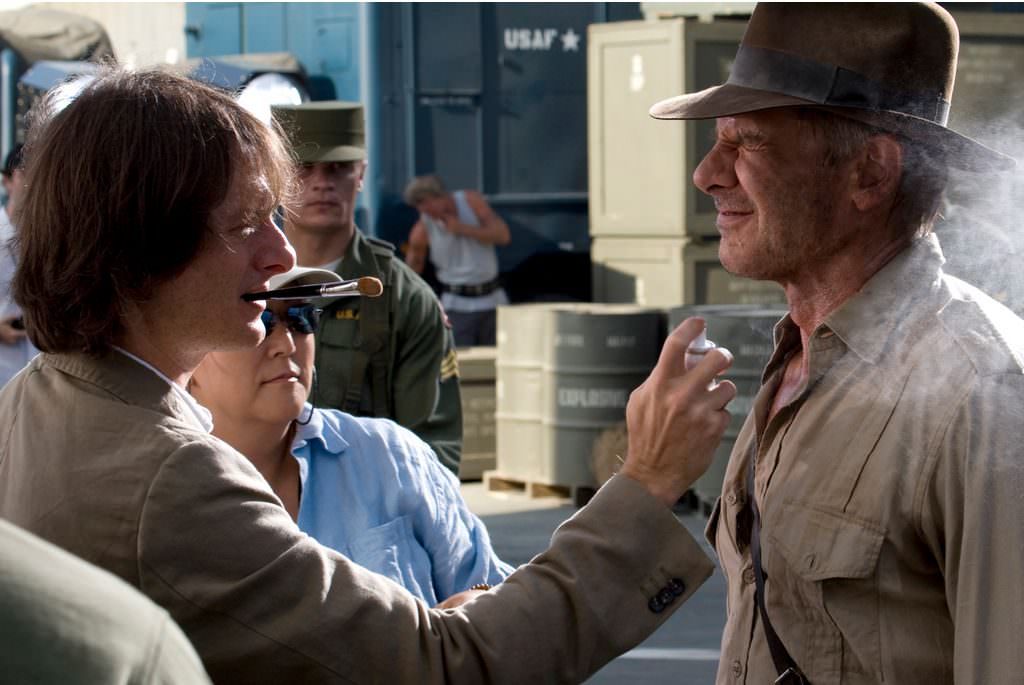 With a formidable resume that includes five Steven Spielberg movies (from Amistad to Munich), eight Jim Carrey movies (from The Majestic to this Friday’s The Incredible Burt Wonderstone), and dozens of film and television projects in between (from Jackass: The Movie to Grey Gardens), makeup artist William Corso has become one of the most esteemed—and in-demand—behind-the-scenes guys in Hollywood.

In Wonderstone, starring Steve Carell, Jim Carrey, Steve Buscemi and Olivia Wilde about two magicians (Carell, as Wonderstone, and Buscemi as Anton Marvelton) who are threatened by a street magician (Carrey, as Steve Gray) and his new act, Corso worked with longtime collaborator, hair stylist Ann Morgan, to create the look of Carrey's rock n' roll magic guru. We talked to Corso about getting reamed by Spielberg, building a lasting friendship with Carrey, and why he's got an old Coke can perched next to his Oscar. 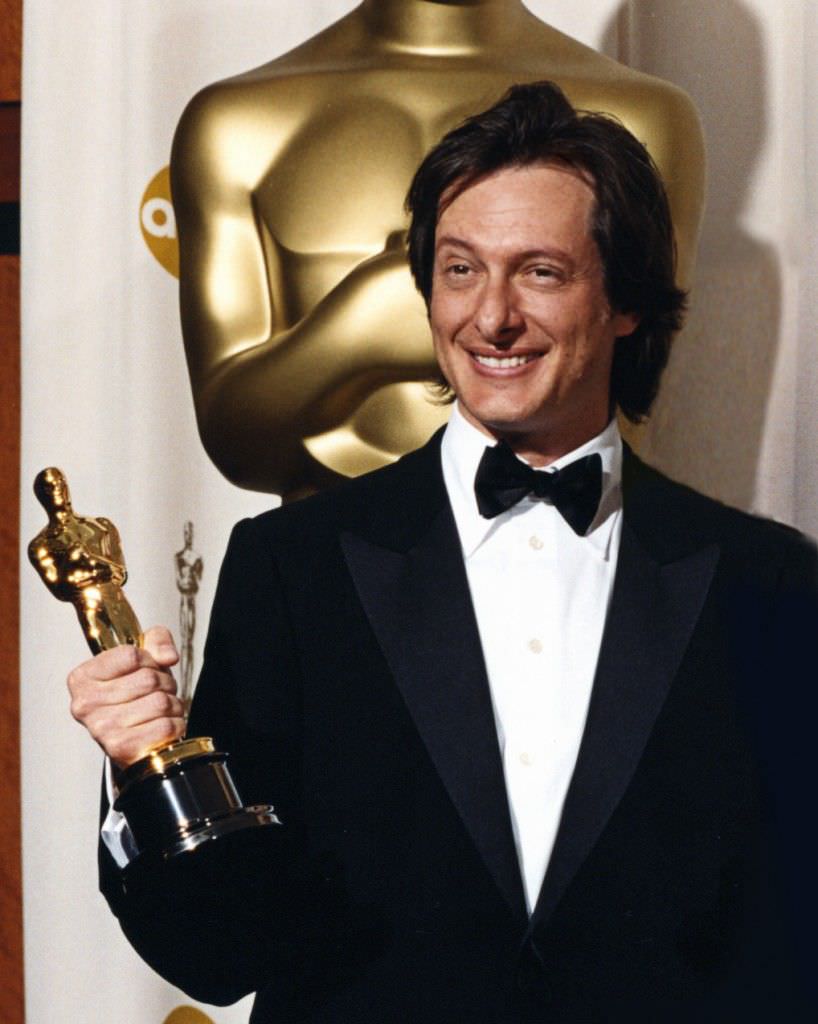 The Credits: How did your obsession with makeup begin?

Corso: I was obsessed with movies as a kid. I remember falling asleep in front of the TV watching The Wizard of Oz. I can trace the makeup thing back to when I was seven years old. I was really into the band Kiss because they had makeup and were cool. My dad took me to see Young Frankenstein, and afterwards, at the school book fair, I bought a little paperback movie monster book that had a picture of Peter Boyle from Young Frankenstein in it. The book showed how to make yourself look like Frankenstein, and how to put wolfman makeup on yourself. That kicked it off.

Were you putting makeup on yourself?

On myself, or on my dolls. There are kids who are into sports and kids who are into action figures, and I was the G.I. Joe kid. I remember turning my G.I. Joe into King Kong. Once you become focused on something like that, it’s like buying a car, and all of a sudden you see that car everywhere. There was a magazine, Famous Monsters, that was popular at the time, and they always did profiles of artists. In 1975, they did an article on Rick Baker, and he was doing [the makeup for] Star Wars. So I just copied him.

What did your parents think?

My dad was cool enough to say, "I’d rather have you do something artistic than be a plumber." Because he was a plumber.

For high school, you went to art school in Sarasota. What were the classes like?

It was awesome. I’d have four academic classes in the morning, and three art periods in the afternoon. Art history, sculpting, painting. The ballsiest thing I did was, on the first day of art class, I asked my art teachers for a conference. I told them that as soon as I graduated I was moving to California to make monsters for the movies. I said I didn't want to waste time with art history or calligraphy or origami—anything I wasn't gonna use. They thought I was crazy. Cut to after I’d won the Oscar, I went back to the school and spoke. That was one of my most fun career moments. 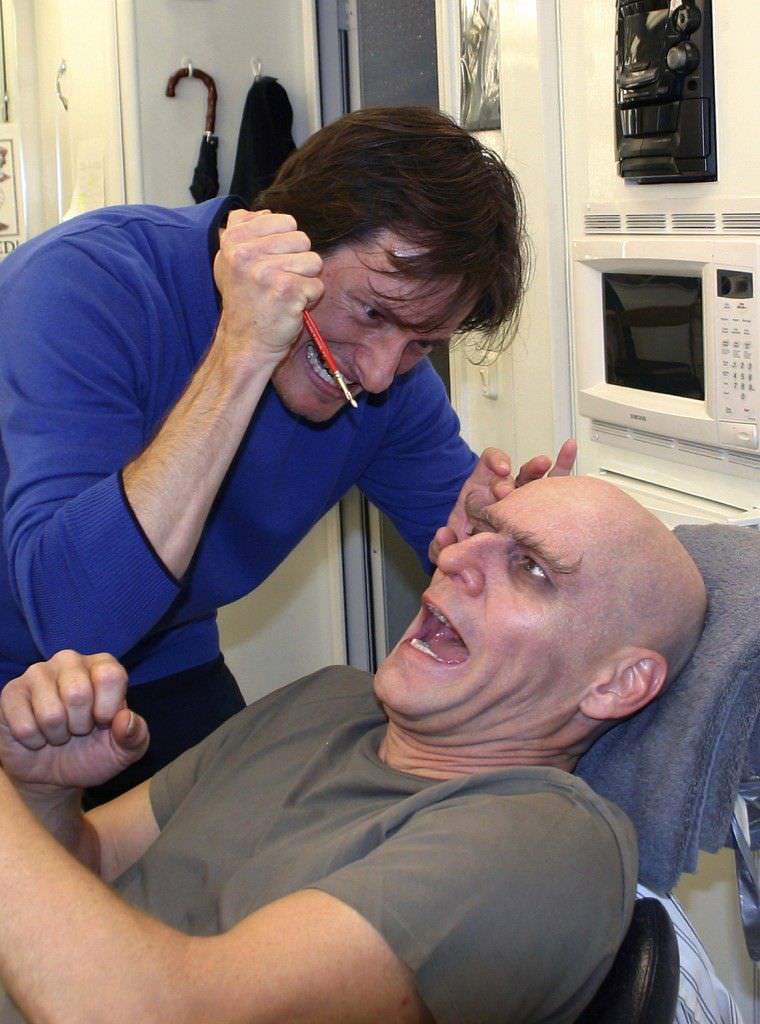 When you were 17, you landed your first movie, Heat, with Burt Reynolds. Did you work on Burt’s 'stache?

No, Burt had his guys, but I did everybody else. On my very first night, I’ll never forget, an actress sat in my chair and said, “I got the last makeup artist fired.” I started keeping notes in a journal that first night, because it was pretty amazing.

Did anything come of the journal?

No, I don’t know what the hell happened to it. I think I kept it for a week or two. If you talk to any makeup artist or crew person, they can tell you any number of circus stories. That’s the great thing about our profession—it’s so colorful.

Hopefully someday you'll write a tell-all memoir. What would you say has been your most memorable job?

Maybe the first time I worked for Spielberg on Amistad. That was simultaneously an amazingly wonderful experience and a horrifically bad experience. I’d worked on a bunch of movies up to that point and had a good reputation, but I felt like I’d never worked on a movie before because Steven works at such a high level. And that’s what I was told by everybody–it really raises your game to work for somebody like that. I didn’t think I got through a day without getting yelled at by him.

Yeah. Basically because I wasn’t part of the team yet, and I’d get called out for everything I did. It was an amazing learning curve, and by the end of it, I was like, 'Well, that’s it. I’m never gonna work in this town again, and for him again, obviously, because I did such a horrible job.' The last day was the first time he ever called me by my name. Other than that, I was just the makeup guy. And he said to me, "Bill, you have to know how much I appreciate everything you did and how hard you worked. I really loved working with you.”

Yeah, I was like, "Huh?" (laughs) But I’ve done four or five movies with Steven now.

Let’s talk about your longterm relationship with Jim Carrey. Why do you work together so well?

He loves to collaborate. At this point in his career he hates the idea of getting in makeup—the physicality and the logistics of it. It drives him mad. After How The Grinch Stole Christmas, he was over it. That being said, he loves to create a character and be in character in a movie. There are very few people who can manipulate themselves as successfully as he can.

How did you come up with the look for Steve Gray?

There was a description in the script, this street magician. We went into it originally with a David Blaine-y thing–he had a goatee and a cap, like a street urban look. A little rock n' roll. We were like, "What would Johnny Depp do?"

Exactly. Ann Morgan found a great wig and said, "I think this could be very cool." Jim resisted it because he was pretty much set on something else, but she convinced him at the last minute to try it on. So he threw it on and walked on set, and the director flipped and was like, "Who the heck is this guy?" Jim was like, "He’s a guru with a Christ complex." And the more he played, the more he became this other character. They watched the footage and were like, "This guy raised it to a whole new place." Jim just figured he could have so much more fun with that guy. 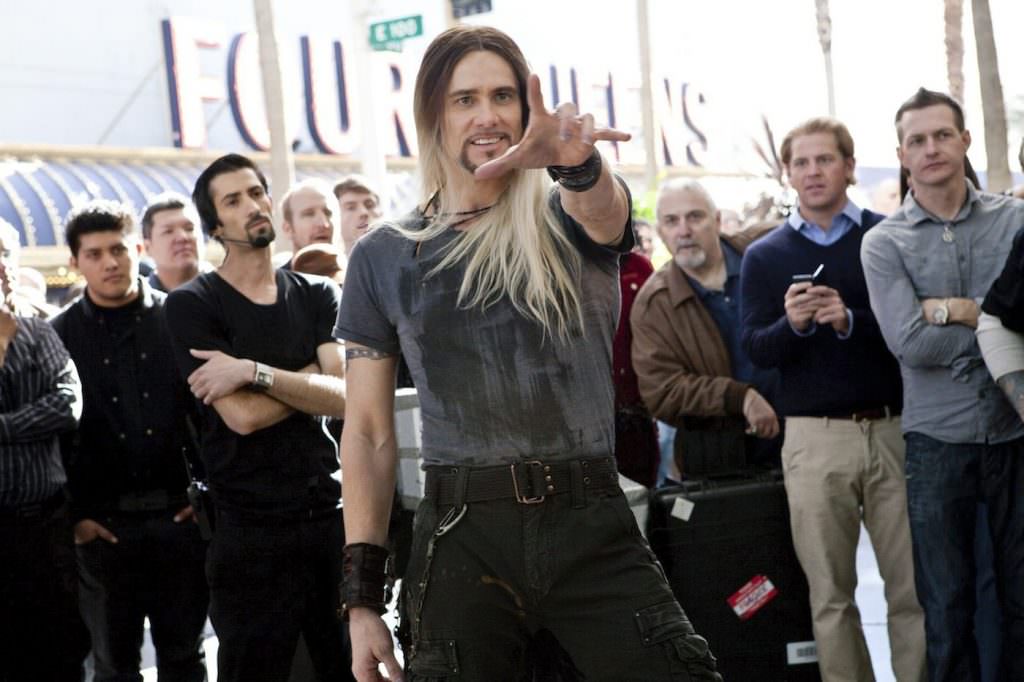 Steve Gray's got some great tattoos.

They’re based on the images of Houdini all chained up in those big nasty padlocks. There's a scene in the movie where Jim’s got his shirt off and he puts his hands together, and it looks like Houdini's chains criss-crossed around him. He’s got piercings and other fun stuff piled on. Every day I spent like an hour on him and Morgan spent a good 40 minutes on his hair. It was really fun seeing him come in and leave the trailer this other guy. I literally have the coolest job.

Where do you keep your Oscar [for Lemony Snicket's A Series of Unfortunate Events]?

I’m looking at it right now. Next to my Oscar I have a can of Coca-Cola. In 1985, when they introduced "New Coke," I got a case of Coke from Mexico that was made the original way with sugar.  I slowly drank it over the next year or so. But I saved one can and I wrote on it, "Oscar Coke. Don’t drink this until you win an Oscar." Jim and I laugh about it because Jim has a similar story, although I wish I had his story. Jim was living out of a van and wrote himself a check for $10 million and post-dated it to years later. He was able to cash it a week before the date. Anyway, after moving and being in different homes, that Coke can stayed in my fridge. The morning after the Oscars, my wife said, "Are you gonna finally drink your Coke?" This was like 20 years later. So I cracked it open, and afraid of dying of aluminum poisoning, I took a sip of it and then I dumped it all. 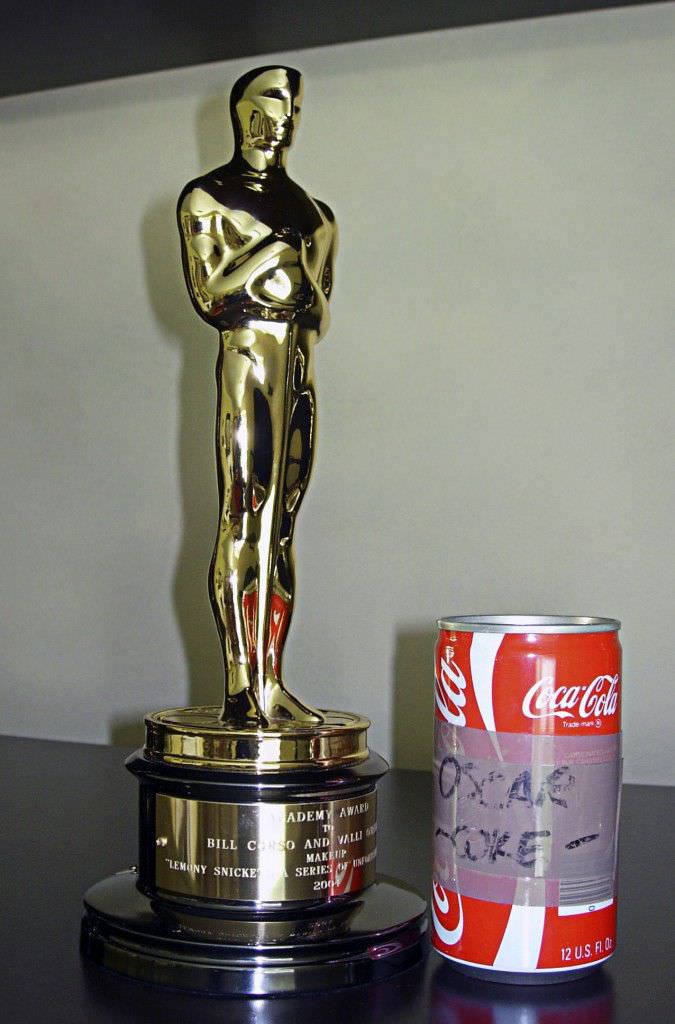 That would’ve been terrible if you drank the whole thing and dropped dead on your kitchen floor.

I know! Why do you think I threw it away?

Featured Image: William Corso working on Indy himself in 'Indiana Jones and the Kingdom of the Crystal Skull.' Photo courtesy Paramount Pictures