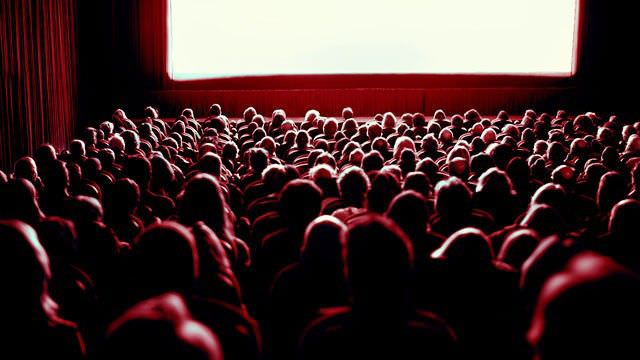 When population numbers are taken into account, Hispanics make up the heaviest percentage of moviegoers today. They represent 18 percent of the movie-going population but account for a solid 25 percent of all movies seen in theaters, and their attendance numbers are only going up. Hollywood, of course, has taken note.

“The overall trend is that Hispanics remain the best movie-going customers,” said Ray Ydoyaga, an executive at Nielsen, who helped put together the analytics company’s annual 2012 American Moviegoing report.  “I think by and large that studios understand that Hispanics are one of their most important customers.”

For the past five years, Latinos representation at the theater has remained consistently strong. Savvy studios are increasingly trying to appeal to this important group through culturally relevant advertising strategies in media, publicity and outreach, often issued in both Spanish and English.

“The Latino audience has been and continues to be an important segment of Universal’s domestic box office for all types of films,” said Fabian Castro, Vice President of Multicultural Marketing at Universal Pictures. Hispanics, he said, helped boost a number of recent Universal movies into box office success, including Fast Five, Ted, Dr. Seuss’ The Lorax and Mama.

Rather than push one genre of films over another to potential Latino viewers, Castro said, the studio develops targeted Hispanic outreach for at least 75 percent of its annual slate. “We know that Latinos don’t just go to films with Latino actors or only films with Latino themes,” he continued. “This audience has very broad taste and sees movie-going as a group event.”

That said, as a whole Latinos are drawn to certain genres more strongly than others. According to Nielsen’s survey, Hispanics reported that they most enjoy seeing action/adventure films, followed by comedy and sci-fi/fantasy. Horror ranked in a close fourth place, which is considerably higher than in non-Hispanic viewers, who ranked that genre eighth.

“For whatever reason, Latinas love to be scared,” said Alex Nogales, president and chief executive officer of the National Hispanic Media Coalition. “My wife is one of them, she loves horror films.”

To better reach Hispanic viewers, Universal decided to debut Mama’s trailer with Spanish graphics on this Hispanic website Univision before its general release the following day. To the best of Castro’s knowledge, this was the first time a studio undertook a worldwide debut of a domestic trailer first in Spanish, and it became the most popular movie trailer in Univision.com’s history.

“The fact that we had such Latino-friendly creative influencing our mass approach paid off wonderfully, and Mama was a remarkable success with that audience,” Castro said. “I think Mama is the 21st century benchmark case study of how to make and market a film that is for-and-by Hispanics but was always meant to attract a broad worldwide audience.”

For Latinos, it seems the movie-going experience, not just the film itself, plays into the theater’s draw. In their survey, Nielsen asked more than 3,000 random Americans between the ages of 12 to 74 who see at least one movie in the theater per year to rank a variety of statements from “strongly agree” to “strongly disagree.” For the statement, “Going to the theater is important so I can spend time with family and friends,” 86 percent of Hispanics agreed versus 77 percent of non-Hispanics. Latinos also reported more enthusiasm for enjoying opening weekend crowds and are more likely to discuss a movie after seeing it than non-Hispanics.

“When these numbers first started to come out, it was no surprise to anyone who observes Latino culture,” Nogales said. “There’s a history of that in Latin countries, there’s a participation factor.”

One surprising finding Ydoyaga and his group uncovered was that Latino viewers who predominantly watch Spanish television are actually more frequent mainstream moviegoers than those who watch only English-speaking TV. “I think the stereotype might have been that those folks who are predominantly Spanish speakers and watch Spanish TV go to the movie theater less, but it’s just the opposite,” Ydoyaga said.

According to Castro, Universal Studios is also making a concerted effort to cast Hispanics in roles not specifically written for Hispanic actors, such as Genesis Rodriguez in Identity Thief, Michael Peña in Tower Heist, Dania Ramirez in American Reunion.

Universal is also the only studio with an executive dedicated exclusively to U.S. Hispanic audiences. “The fact that my job exists is a sign that Universal is serious about attracting this burgeoning audience,” Castro said.

Universal is not the only corporation attempting to include this audience. On February 25, Fandango, Telemundo and Mun2 launched the joint venture Fandango Cine, dedicated to ticket sales specifically for Hispanic audience members. The all-Spanish site is tailored specifically to serving Hispanics.

“As the industry opens its eyes to the potential and importance of the Latino audience, you’ll see the innovation of marketing tactics flourish exponentially,” Castro said. “As a Hispanic movie marketer, I can say it’s an exciting time to be in the business.”