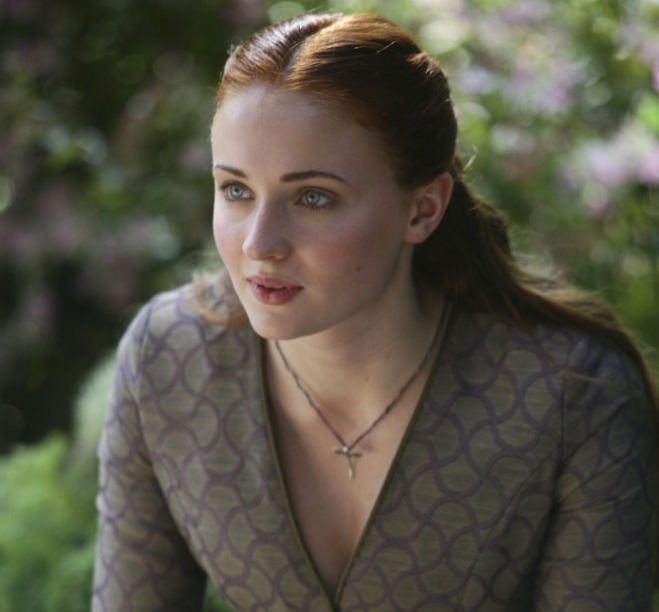 From Game of Thrones to 42: An Epic Spring Awaits

At 7:02 a.m. EDT this morning, the sun crossed directly over the Earth’s equator in a moment called the vernal equinox (for those of us in the Northern Hemisphere, that is)—when both day and night are, more or less, equal. Spring lasts until the summer solstice, which comes on Friday, June 21st. Although this might sound like a strange intro to a Weather.com report, we’re merely alerting you to this specific stretch of time because, between today and June 21st, there is an overwhelming amount of film and television to look forward to.

Which makes sense, as spring is associated with things bursting back to life. And so it is with movies and TV shows, as in the coming weeks will see long gestating projects and long dormant series finally ready to present themselves to the world.

The coming bounty is such that we offer but a snapshot of the first two weeks of the new season as we bid adieu, finally, thankfully, to winter.

You can catch up on…

Top of the Lake, a seven-part series on the Sundance Channel starring Mad Men’s Elisabeth Moss and the fantastic Holly Hunter, written and directed by Academy® award winner Jane Campion (The Piano). Lake debuted on Monday, March 18 (you can watch both episodes 1 and 2 this Sunday from 8-10pm). Moss plays Detective Robin Griffin, returning home to her remote mountain town to investigate the disappearance of a pregnant woman. Reviews have been consistent about one thing—this show’s out there.

Equally grim territory, albeit with a famous film as its inspiration, brings us to A&E’s Bates Motel, which also premiered on Monday, March 18 (the premiere can be seen again this Saturday at 6 pm EST). Bates Motel stars Vera Farmiga as Norma Bates and Freddie Highmore as her teenage son, Norman. This contemporary prequel to Alfred Hitchcock’s seminal Psycho offers a backstory to that legendary film’s plot by showing what, exactly, happened to young Norman to turn him into the lunatic who thinks nothing of barging into bathrooms while people are showering.

This weekend you can take the kids and go check out The Croods, which Christy Lemire of the AP called “brisk and beautiful,” about a stone aged family being forced from their cave home into the wild world of fantastical creatures. Our interview with animator TJ Nabors delved into the incredible artistry (and years of work) that went into this 3D family adventure.

Mourning the loss of 30 Rock? Join the club. But this weekend offers the chance to satiate your Tina Fey-jones by seeing Admission, in which Fey stars as Portia Nathan, a straight-laced Princeton University admissions officer given a great big surprise by idealistic teacher John Pressman (Paul Rudd) who's got an unconventional student he thinks deserves entry into those hallowed Ivy-league halls. The surprise? The student was the child Portia gave up for adoption, in secret, years ago. We spoke with screenwriter Karen Croner (which we'll publish tomorrow) about adapting Jean Hanff Korelitz's book for the screen.

This is a tough segue, but, you could go a completely different direction and see the incredible documentary No Place On Earth, about 38 Jews who survived for 511 days in a cave system during the Holocaust. It's the longest recorded uninterrupted human cave dwelling in human history.

On Sunday night, March 24, there’s HBO’s Phil Spector, which is a film boasting serious pedigree both in front of and behind the camera. Written and directed by none other than David Mamet (there is now a generation of people who know this legend only as Girls star Zosia Mamet's father), the film stars Al Pacino as the eponymous legendary music producer who was found guilty of murdering actress Lana Clarkson. Helen Mirren plays Kenney Baden, the defense attorney who represented Spector during his murder trial. It airs at 9pm EST.

The week of March 25th things get a little intense…

On Thursday, March 28, HBO will air its documentary Fall to Grace, about former New Jersey governor Jim McGreevey, who resigned from office after coming out as a gay American on live television. Directed, produced and filmed by Alexandra Pelosi, Fall to Grace tracks McGreevey’s life, from twice married political powerhouse to a career, and a life, in ruins…and the amazing path McGreevey eventually took to find meaning in his new life.

On Friday, March 29, Writer/director Derek Cianfrance (Blue Valentine) teams up again with Valentine star Ryan Gosling for The Place Beyond the Pines, a film that explores how the decisions we make can reverberate throughout generations. Gosling plays Luke, a high-wire motorcycle stunt performer who, in an attempt to provide for a former lover and their son, gets himself involved in a string of spectacular bank robberies. This decision pits him against rookie cop Avery Cross (Bradley Cooper) whose got his own young family to support—the choices these two Alpha Males make will echo throughout their own lives, and the lives of their two sons. We spoke to Cianfrance recently about this notion of legacy, and we'll publish that interview next week.

Which isn’t the worst segue to Room 237, a “subjective” documentary feature by Rodney Ascher (you’ll understand the need for the quotes in a second), which explores numerous theroies about Stanley Kubrick’s The Shining and its myriad potentinal hidden meanings (Kubrick's estate had no involvement in the doc). Talk about an echoing legacy that cannot be escaped…the Overlook Hotel was nothing if not a portal for replaying horrible choices. The documentary has been getting rave reviews, and is a must for any Kubrick-fan.

At 9 pm EST on Saturday, March 30th, BBC-America continues their push into original scripted programming (they debuted their very first original scripted show last year, with the Gangs of New York-era Copper) with the premiere of the ambitious Orphan Black. The show’s protagonist, Sarah (Tatiana Maslany), assumes the identity of a woman who looks incredibly similar to her after witnessing her suicide, only to find out that she and the women are clones.

Although spring is here, winter returns with the hugely anticipated premiere of season three of HBO's Game of Thrones at 9 pm EST on Sunday, March 31st. We’ve got an interview with GOT’s wildly talented costume designer Michele Clapton on the way, but in the meantime, you can read the roughly 10,000 breathless articles in anticipation of the show’s return on the interwebs (we particularly enjoyed the recent Los Angeles Times piece on some ominous hints about season three dropped by showrunner D.B. Weiss, in which he said “I think we’re heading into the negative population growth phase of the show.”) Our guess is Daenery's baby dragons that we last saw as mere pups on her shoulder might have grown up a bit and have something to do with it.

And in a career move you certainly saw coming, Jeremy Piven, most famous for turning foul-mouthed super agent Ari Gold into a household name on HBO’s Entourage, stars in the PBS miniseries (yes, you read that right), Mr. Selfridge, which debuts at 9 pm EST on March 31st as well. Piven plays the eponymous pioneering American founder of Selfridge’s department stores. Writer Andrew Davies (who wrote the recent Bleak House and Little Dorrit adaptations for PBS, to very positive reviews) has Piven’s Selfridge in London in 1909 in his attempt to create a commercial enterprise the likes of which the world had never seen.

And that’s just the first two weeks of spring. Your local movie theater and your home entertainment center are going to be inundated with so much good stuff to watch in the coming months that you might want to create a movie calendar and clean out your DVR in preparation. On the small screen, you’ve got Hannibal premiering (April 4), the returns of Mad Men, in a glorious two hour episode, no less (April 7th) and Veep  (April 14th), and the MTV Movie Awards (April 14).

On the big screen, new films such as director Danny Boyle’s Trance (April 5th), the Jackie Robinson biopic 42, (April 12th), the Tom Cruise-led sci-fi epic Oblivion (April 19th) and the return of Tony Stark in Iron Man 3 (May 3) are but a few of the things to look forward to.