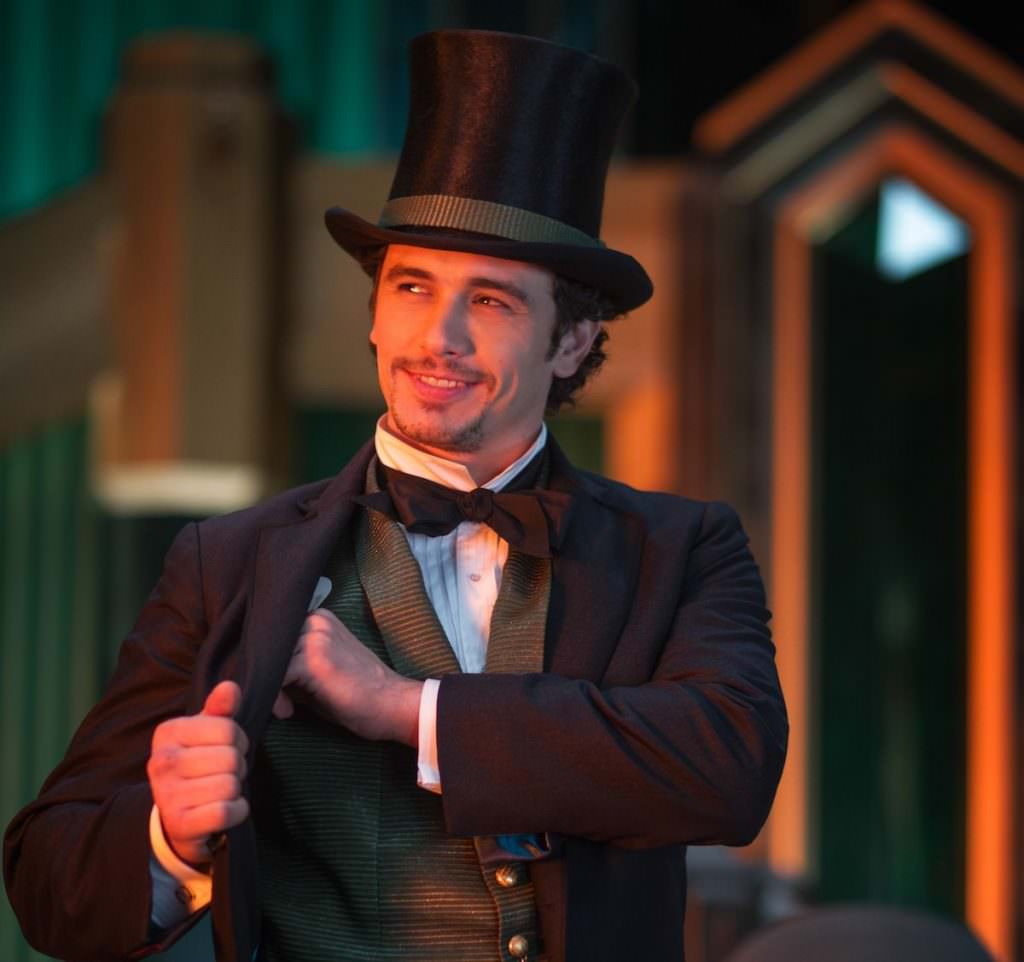 James Franco’s appearance at Sundance this year was a stunner. But then again the risk-taking renaissance man is accustomed to surprising his critics. At Sundance’s New Frontiers the actor/director/producer/visiting professor/writer presented his collaborative effort with gay filmmaker Travis Mathews. The graphic sixty-minute documentary Interior. Leather Bar, a hard core riff on the gay leather bar scene, and two other films, Kink and Lovelace, in which he plays Playboy publisher Hugh Hefner in the latter, had audiences and critics alike scratching their heads. Edgy?  Sure. Coming from Franco? Hardly shocking.

Once named “Sexiest Man Alive” by People Magazine, Franco has enjoyed an unusually prolific and varied career. For a man just reaching the middle of his third decade, his broad interests and accomplishments have made him too elusive to pigeonhole.  TV credits include such disparate roles as a recurring role on General Hospital; the cult classic Freaks and Geeks; and occasional appearances on 30 Rock.  Film roles range from playing Harry Osborn in the first reboot of the Spider-Man series to his much beloved turn in stoner film Pineapple Express to the sexy love interest in Eat, Pray, Love and the lead in Danny Boyle's kinetic, jaw-dropping 127 Hours, in which he played real life canyoneer, Aron Ralston, a demanding role for which he was nominated for a Best Actor Oscar in 2011. Other break out roles have established him as a versatile actor, starring opposite Sean Penn in Gus Van Sant’s Milk, the story of San Francisco’s gay mayor, Dean in James Dean and as the young Beat Generation poet, Alan Ginsburg, in Howl.

His latest star turn is as Oscar Diggs, the cunning charlatan in Disney’s Oz the Great and Powerful, which opened on March 8. At the same time he was promoting Oz, he is also directing an indie, Bukowski, referencing poet and writer Heinrich Karl “Charles” Bukowski, Jr., one of LA’s darkest literary luminaries, a man once referred to by Sartre as “America’s greatest poet” and the basis for the 1987 film Barfly.

As a published poet and prolific author himself, he was recently asked by Yahoo! to write a poem to Obama on the occasion of his final inauguration. Franco is the author of the Strongest of the Litter (The Hollyridge Press Chapbook Series) and the short story collection Palo Alto. His poetry collection, Directing Herbert White (Graywolf Press) is scheduled to be published soon along with a memoir entitled A California Childhood (Insight Editions).

Franco also currently teaches at UCLA, CalArts, USC and NYU sharing his considerable knowledge as an actor and filmmaker and tapping his circle of acting pals and personal resources to support student film projects.

We chatted with him, albeit briefly, about Bukowski. Brevity is the soul of wit, after all…

The Credits: Why did you choose Bukowski’s life for your next project?

Franco: I've always been a fan.

Does it resonate with you in a personal way?

I think artist coming of age stories always resonate with me.

Will it follow his semi-autographical book “Ham on Rye”?

No, it focuses on his childhood.

How will it differ from earlier films on Bukowski?

It's about his youth.

Where will it be shot?

In addition to directing it, will you appear in the film?

Nothing’s been decided yet.

Does it parallel your life in any way?

Just in the sense that I discovered writing and reading in the same way.

What cinematic style will you use to create the film?

Steadicam and old lenses used to make it look old.

Have you begun shooting and if so what challenges have you faced so far?

Yes. It's been great, but it's hard getting enough cars from the 1920s.