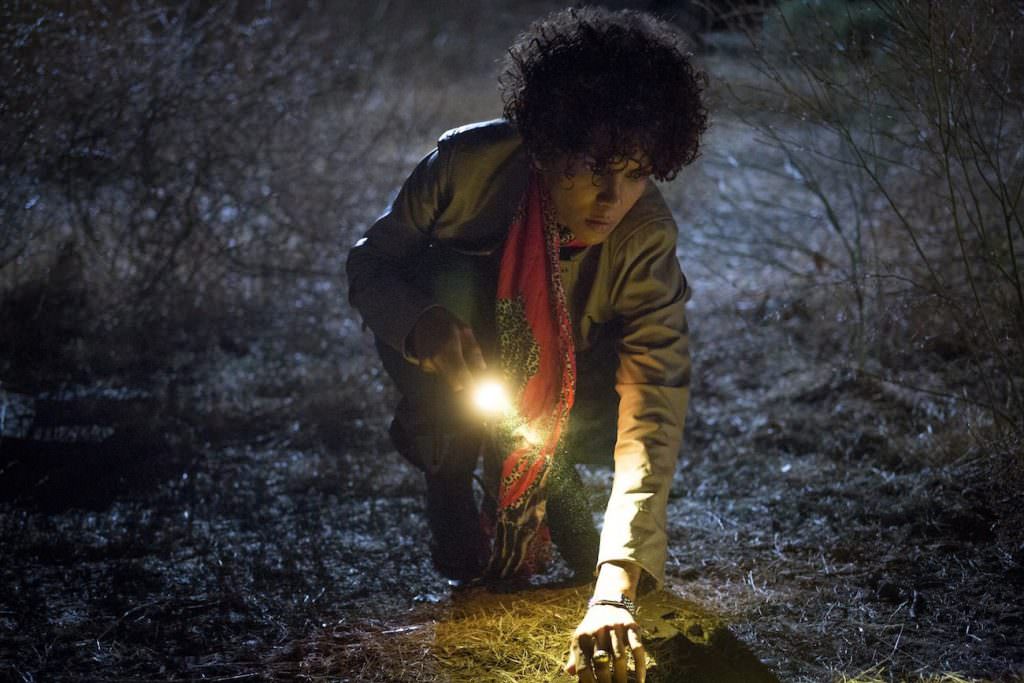 Incorporating ‘found sound’ into his score for director Brad Anderson’s The Call, Oscar nominated composer John Debney wasn’t afraid to get weird. From slapping the tops of pianos to creating a bizarre engine revving sound for the film’s deranged lunatic, he took risks. The result is a truly unsettling soundscape–from the same man who wrote the score for Elf, no less.

The Call, which opens tomorrow, and stars Oscar winner Halle Berry and Oscar nominated Abigail Breslin, follows a traumatized 911 operator Jordan (Berry) as she tries to rescue Casey (Breslin) from a serial killer Jordan has encountered in the past. Although Debney has scored plenty of family friendly fare, from the aforementioned Elf to the more adult, but decidedly less sociopathic Steve Jobs biopic jOBS, he’s no stranger to writing music for sociopaths. He recently scored the action thriller Alex Cross, in which a homicide detective is pitted against a remorseless serial killer (but really, is there any other kind?)

Debney’s score for The Call is a medley of different sonic textures, from pummeling industrial techno to tranquil piano-and-strings. Like any expert film composer, he tells a parallel story to the script with his score–mirroring the hideous anxiety generated by Jordan’s past trauma with the sadistic killer is mirrored by a slowly swelling sound design. His scores are often multi-discipline affairs, incorporating classical orchestral, electronic/synthetic, and world instruments.

Debney is the youngest recipient of the American Society of Composer, Authors and Publisher’s (ASCAP) prestigious Henry Mancini Career Achievement Award. He’s also had something of a Midas touch, working on gigantic hits such as the aforementioned Elf, Bruce Almighty, The Princess Diaries 1 & 2, Spy Kids 1 & 2, Sin City, and Iron Man 2.

We spoke with Debney about what it takes to be a composer, finding himself working with Bette Midler on his first studio film, and what he has in store for audience members of The Call. 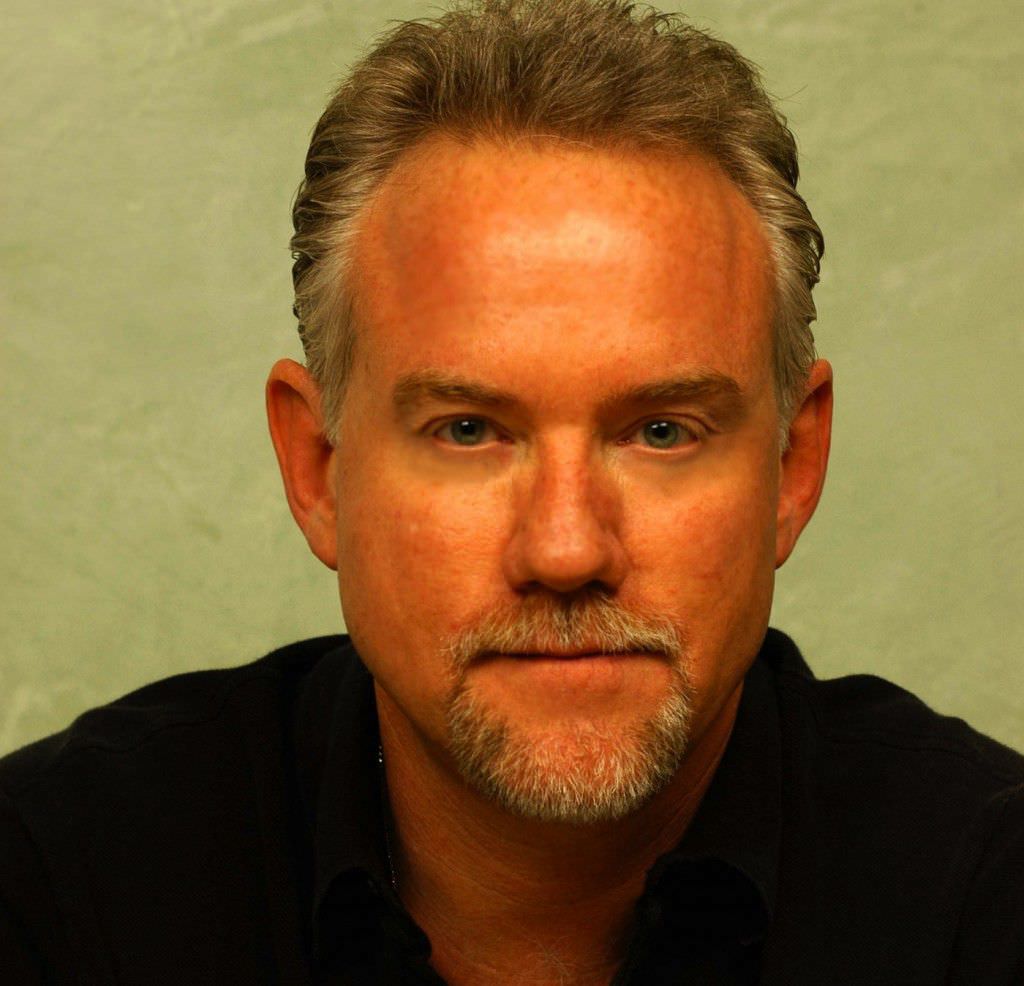 The Credits: Did director Brad Anderson give you any specific sounds he wanted for the score?

What Brad described when we first met was a very edgy, electronic, in your face, 'found-sound,' as it were, which is a new term that we use for some of these organically created sounds. He wanted something that was out of the ordinary, not necessarily traditional for a lot of the score, and then for certain parts where we get a little more of the emotional back story, something a little more traditional, which I would describe as piano and strings.

We listened to the score. It's terrifying.

Well that’s what we’re trying to do. And the film is that scary. It’s Silence of the Lambs times ten. It’s very moody, very scary. I think Brad Anderson, by the way, is genius. He’s very different in what he wants as a director. He plays with sound, he plays with the audience a bit. He gives you more of those big thrills. I loved working with him.

How do you make such a variety of instruments and styles, as you do for The Call, from pounding industrial techno to soothing piano-and-string-based interludes to Hollywood style orchestration, cohere?

That’s the job. It can be rather daunting when you’re trying to marry all of these different sounds and different textures and different styles. My one overriding idea was to make it something different, something that really isn’t the norm, so what I did was take a lot of mundane sounds, things like knocking on a piano top, which sounds like a xylophone but is really me banging on the top of a piano top, and then tuning it. I was taking these mundane sounds and pitching them up or down, and dramatically filtering them. 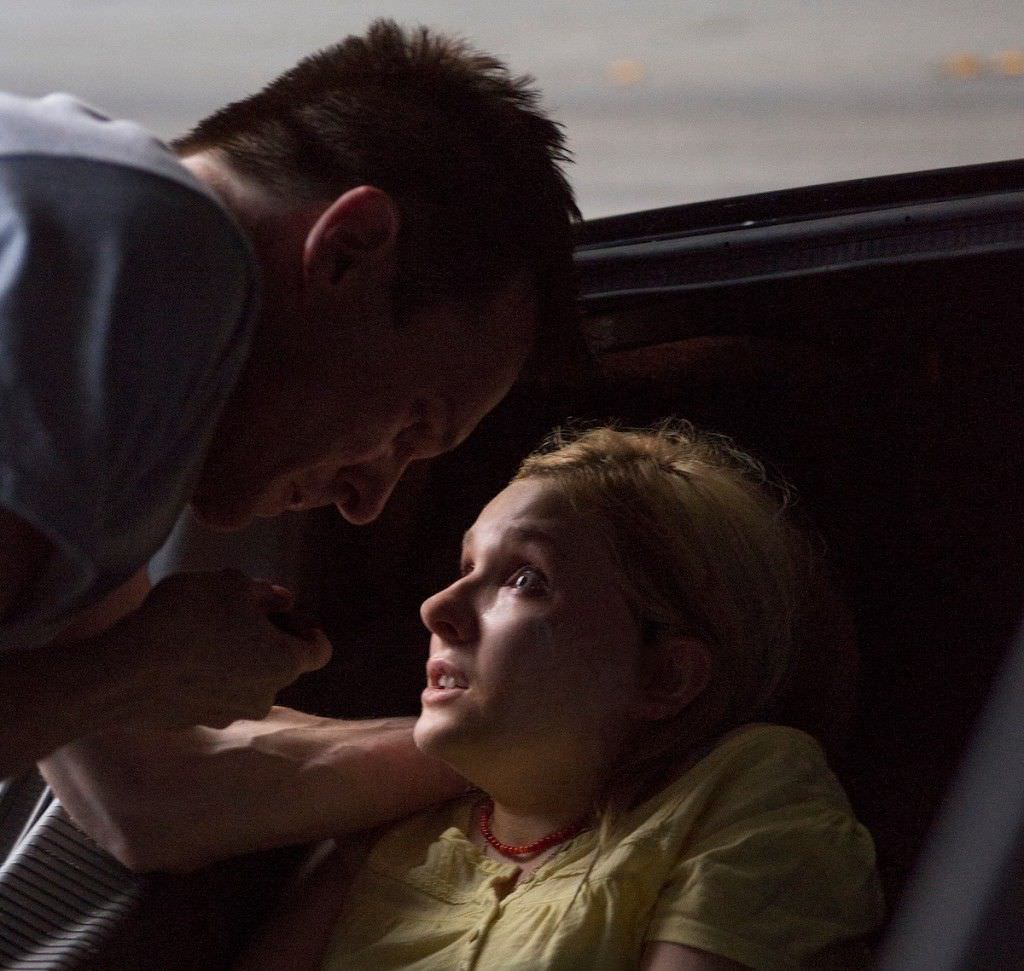 And you created specific sounds for specific characters?

I use one sound in particular two or three times in the score that highlight, or give you the feeling that the character Michael (Michael Eklund), the crazed serial killer, that’s an  industrial electrical motor sound that we wound up like a spring, and you hear it going up and down, like the ramping up of an engine. And we pitched that and tuned that a lot and we used that in a few spots to really jar the audience. So there were a lot of very interesting and different approaches to the way we handled these sounds.

What does it take to become a composer? To acquire the breadth of knowledge necessary to know how to conduct a wide range of musical disciplines including classical orchestral, electronic/synthetic, and world instruments?

What I tell students when I go to speak to classes is that they become familiar with every style of music that they can—be it jazz, country, classical, contemporary music, because my opinion and my philosophy is, the more well rounded a musician is, a composer is, the longer one can hopefully do this and have a long career. You want to be able to wear a bunch of different musical stylistic hats. So it takes a while. It’s a process.

Did you come up playing classical music?

I’m one of those strange ones that came up playing guitar in rock bands, and then in college made the leap to study classical music and become a classically trained composer.  Not all film composers are like that. Some have a bent for a certain type of thing, let’s say a Trent Reznor, who I’m a big fan of. Trent was this big bang guy with Nine Inch Nails and now he’s become this amazing film composer, but I think he sort of does what he does in a unique way. I can’t speak for him, but I’m not sure he has a desire to do a bunch of different stylistic things. I’m different, I like to do a thriller score and then maybe a romantic comedy and just kind of mix it up and be a chameleon.

Aside from people like Trent Reznor, film composer are a pretty unknown bunch.

A lot of the public don’t really pay much attention to who’s doing the underscore or who’s doing the score for a film. It would be really wonderful if we had more film music concerts so we could up the awareness level for the public.

As a composer are you strictly called in during post-production, or are you tapped before?

If it’s someone I’ve worked with before, usually I would come on early, maybe to read a script, maybe to see a few scenes if you’re lucky enough to go to the set. Normally, however, I come in during the post-production phase, usually in the middle of a director’s cut. A director will have normally six to eight weeks, maybe ten weeks, to form his cut of the film. And that’s usually when I come in. A normal amount of time for me to work is between six to eight weeks. Sometimes you have less if you’re coming in to replace a score.

Do you have a favorite genre to work in? A favorite film you have scored?

I will say that I haven’t done a lot of them, but I love when I’m able to work in the area of emotionally dramatic, human stories. I really enjoy that. I did a movie a year or so ago called Dream House (with Daniel Craig, Naomi Watts and Rachel Weisz) that was a really interesting love story, but sort of a ghostly love story, and I really enjoyed that. I like material that lets me explore the sort of deeper realms of the human psyche. I would love to do more dramatic material in general.

You’ve worked on some huge films, such as Iron Man 2 and Hellboy II, what’s that experience like for a composer?

Those are great films to do, but they’re very difficult films to do. They’re very intensive, and you’re always dealing in those films with sound effects and visual effects, and sometimes the music has to play a different role. It can be a very, very tough assignment. That’s why I’d love to explore more music driven material.

What is the toughest part of the composer’s job?

When you’re a composer you’re sitting in a room with your synthesizers for twelve-to-eighteen hours a day. It’s not as social as some of the other aspects of filmmaking. Sometimes when you’re deeply involved with a film, you really disappear from the world, and that’s hard. It’s hard to sort of get into that world and sometimes it’s hard to get back out of that world into the social realm. I think the hardest part is really digging deep and spending a lot of time alone, trying to create this music.

We spoke with John Ottman recently, and we were discussing content protection. He mentioned how composer fees have gone down, and residuals are affected by piracy. Can you speak to that?

It’s a great subject and near and dear to my heart. There’s a tremendous problem, and it’s not just with film composing, but with bands, artists, singer/songwriters…before the advent of the free downloads and piracy downloads, there was a very linear stream for the artist to benefit from their work, and that’s sort of gone away. We’ve spent many years to hone our skills and develop our careers and get to a place where we’re working on films that can provide us a livelihood of some kind, if that goes away, or if that’s greatly diminished, then what’s the incentive for any of us to study for fifteen or twenty years to learn how to write music and then to spend the seven days a week of trying to hone our skills and trying to shop our skills to directors?

Is there a moment from a film you’ve worked on that really stands out?

I remember the first time I did a major film for Disney, and that was called Hocus Pocus, we’re coming up on the 20th anniversary of that next year. And it was a really fun movie with Bette Midler and Sarah Jessica Parker. And I got called to do that on a fluke. James Horner, another wonderful composer, was going to do the film but then he had to jump out two weeks before they were going to record the score, so I had to come in. I had two weeks to write about ninety minutes of big orchestral music, and that was my first real studio movie. The first time being on a stage with a ninety-piece orchestra, and raising my baton and hearing what came out…I’ll never forget that.

That sounds wonderful. Any others that stand out?

Well, when I first played the theme for Elf for the director, Jon Favreau, and he just fell out his chair, he just loved it.