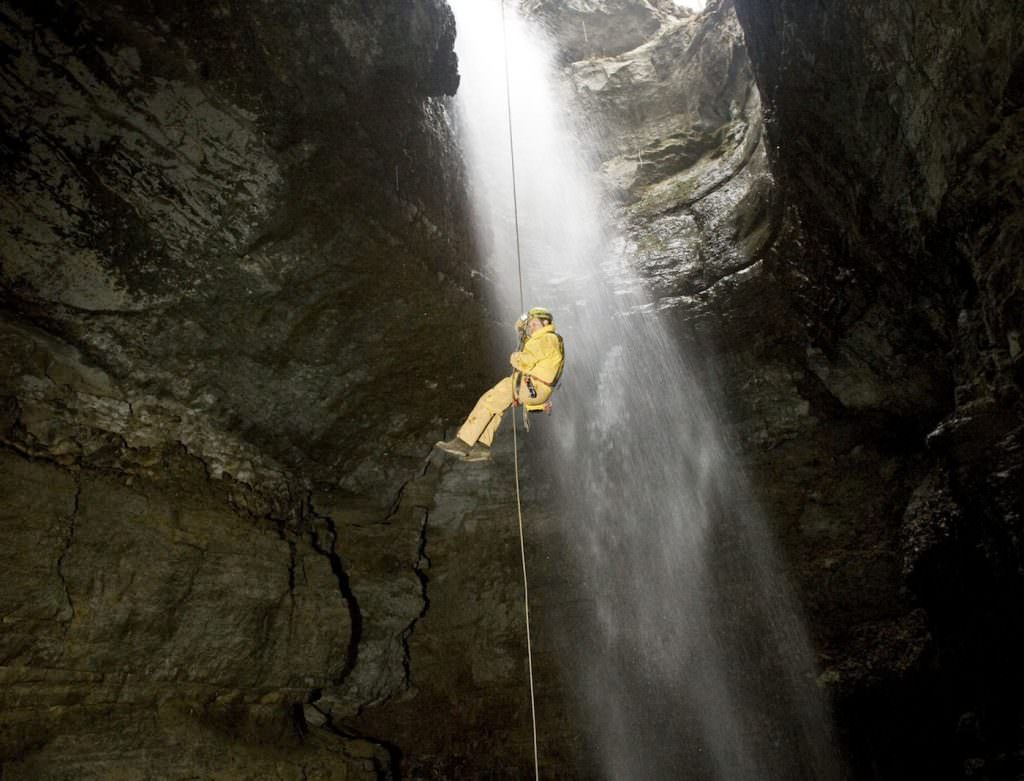 511 Days of Total Darkness: The Incredible True Story Behind the Documentary No Place on Earth

In 1993, shortly after the collapse of the Soviet Union, NYPD officer and caving enthusiast Chris Nicola set out to Western Ukraine to explore Verteba and the Priest’s Grotto Cave, one of the longest cave systems in the world. Inside the caves—dark, damp, and stifling, wholly inhospitable to human life—he found the unthinkable: buttons, shoes, a house key, artifacts of human habitation decidedly recent. Upon returning from the caves, his attempts at discovering the origins of these items led him to only the offhand comment from a local villager that, perhaps, Jews had hid out there during the Holocaust. The mystery took him on a decade long quest for the caves’ original inhabitants, and ultimately becomes the premise for director Janet Tobias’s debut feature-length documentary No Place on Earth. 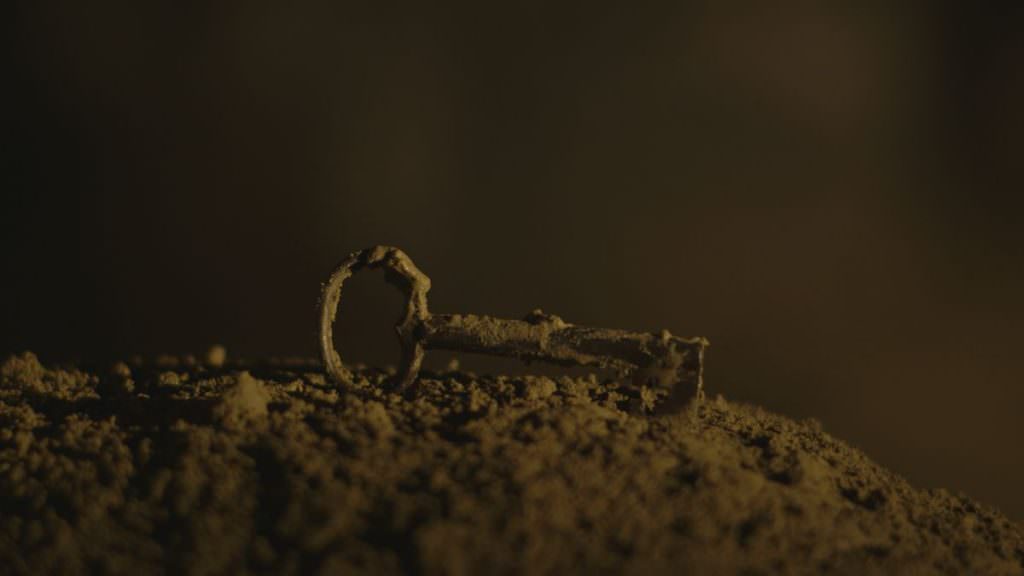 When director Janet Tobias, a veteran of 60 Minutes and ABC News, was first approached with the premise of this true story—38 Jews hid out from the Nazis across two caves for a combined 511 days, surviving the darkest period of the Holocaust in what is the longest instance of uninterrupted human cave dwelling on record— she was understandably hesitant. Despite its sheer emotional resonance, “there are so many great Holocaust dramas and documentaries that have been done,” she claimed. “The bar is really high for adding a story to that canon, and to do one at a higher level would be tough.” Indeed, Holocaust cinema has a rich history, and casts a very long shadow. The classic documentary Night and Fog, directed by Alain Resnais, is a stern and solemn monument in the history of cinema still shown in schools the world over, and is a cornerstone in our conception of the horrors of the Holocaust. There are very few historical phenomena that stand so firmly as their own film genres, with so many hallowed masterpieces in the oeuvre—the “bar” which Tobias speaks of.

What stuck with Tobias was not just story of harrowing escape and survival against all odds, but the spirit of pluck and adventure that embodied everyone involved. Nicola’s exhaustive, ten-year search for the original inhabitants of the cave took him to the Stermer, Drexler and Dodyk families in New York and Montreal, the families who sought refuge in the caves, and who are now three generations into their lives in North America, having kept their story largely to themselves. And after meeting the families personally, Tobias was surprised to discover “what joyous storytellers the surviving family members were regarding what had happened to them. There was obviously the drama and the darkness, but also an incredible sense of pride about what they were able to accomplish together.” Coupled with the surviving family members’ desire to return to visit the caves together in the Ukraine, Tobias knew she had an adventure/survival story on her hands, and as she puts it, “a completely different way into their story.” 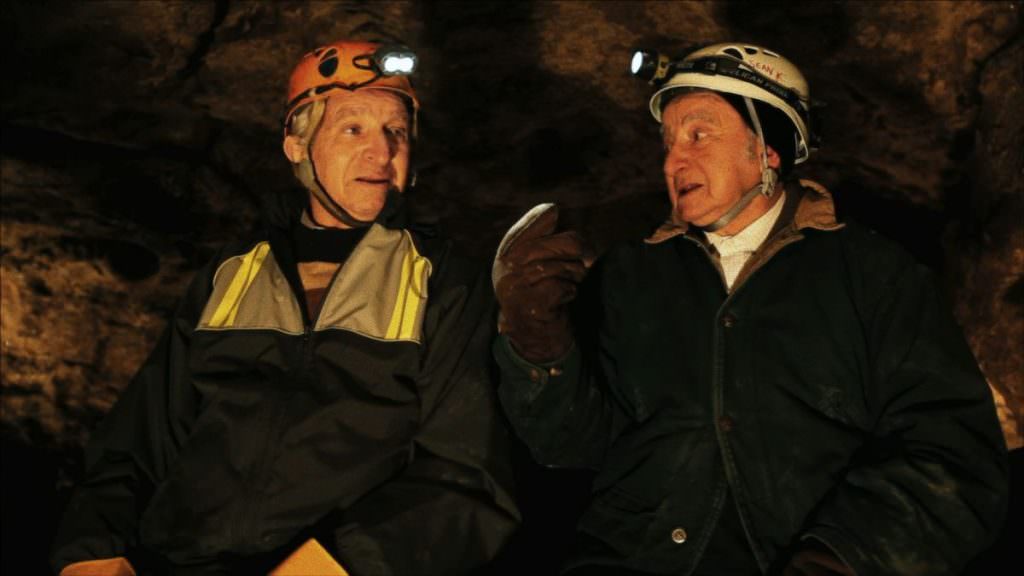 The final film, then, becomes a sort of adventure triptych, overlaying Chris Nicola’s quest to find the survivors of the caves, the surviving members’ interview footage describing their experiences seeking refuge, and a dramatic reenactment of days spent in the cave, in order to give the audience a “see-feel-touch experience of what that survival was like.” This daring amalgam of elements is Tobias’s specialty—the director has previously won an Emmy for her work on Life 360, a weekly PBS series that combined documentary pieces with dramatic and comic monologues. Her vast experience with the alchemy of alternative narrative presentation told Tobias that her film needed to take risks. And as such, rather than to film interview footage first, she knew the first step in the film’s journey would need to be to bring the families back to the cave, to bring emotions to the fore. Although filming of the dramatic segments was eventually conducted in caves in Hungary more hospitable to large-scale production, with a crew of about 50 people, Tobias was able to safely bring the entire party into the Verteba cave together, no small feat considering Saul Stremer, the oldest surviving member, is over 90 years old.

It is in the overwhelming physicality of the caves that the film finds and meets its “bar”. Once the entire party has been safely lowered into the cave, Saul Stermer asks for the lights to be turned off. The darkness, which elicits such a strong discomfort from the directors, crew, and inevitably the audience, strikes a wholly different note with the survivors. “’Now I know where I am. Now I feel good,’” says Saul. The darkness, the strength to come together and withstand unprecedented seclusion is what ultimately saved the caves’ original inhabitants, and with Tobias’s painstaking pilgrimage, a sliver of hope is passed down and laid bare for generations to come.