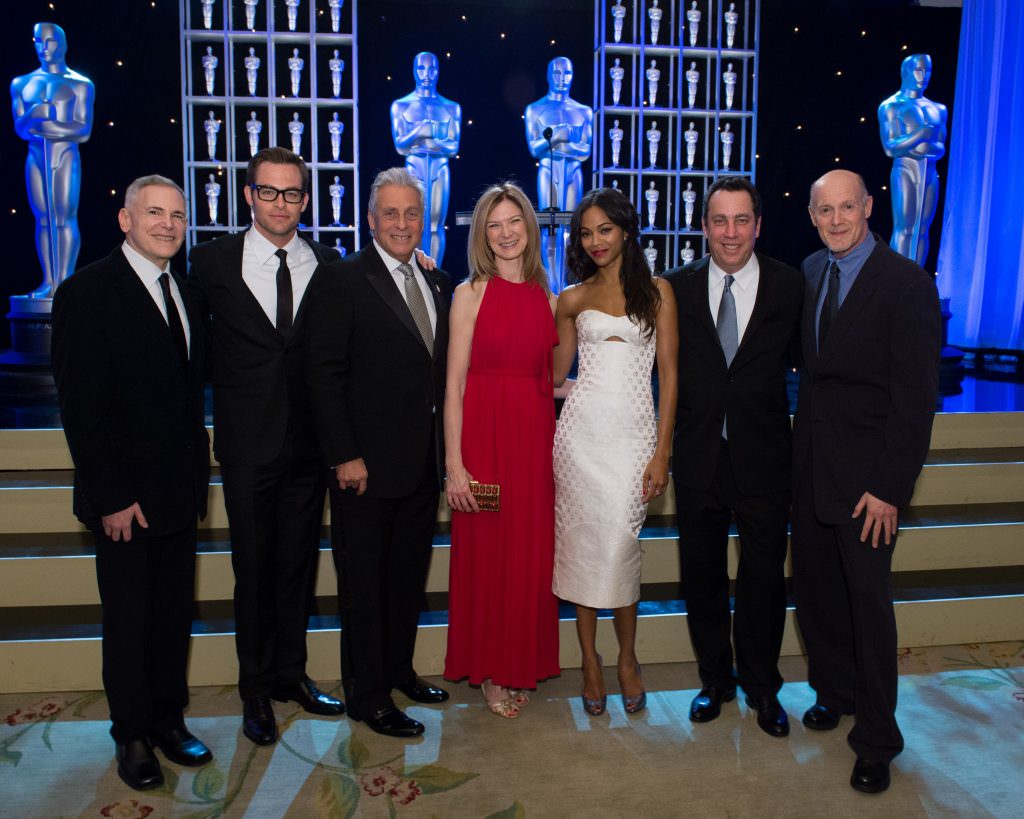 Oscar night is rife with drama: red-carpet arrivals, teary-eyed acceptance speeches, shocking upsets, and the exultant moment when the team behind the Best Picture of the year rushes the stage. But two weeks before any of this occurs, there is a quieter event—the Academy’s Sci-Tech Awards—where many of the industry’s behind-the-scenes geniuses are recognized for their invaluable contributions to film.

They don’t deliver monologues, cry on command, or gain vast amounts of weight to play against type; rather, these are the scientists and engineers whose complex inventions and discoveries have, over time, revolutionized the way films are conceived, produced, edited and consumed. In other words, these are the workhorses of the industry who, through innovation and diligence, ensure that film remains an increasingly magical medium.   Here, we give credit where it’s due: This year’s awards were bestowed upon nine teams (made up of 25 individuals) whose sustained and cumulative contributions to film have had a significant impact on moving the industry forward.

This team of engineers from Sony Pictures Imageworks was recognized for creating the revolutionary Katana, an open-source VFX software that allows artists to design and control the look and lighting of scenes in a scalable way—from individual elements to entire detailed cities. The technology was first used on Spider-Man 3, and has since been used to create and enhance graphics in dozens of other game-changing films.

The PDI/DreamWorks team invented the Light system for computer graphics lighting over 15 years ago, and despite vast changes in the industry, their creation has stood the test of time. Today, it’s still a go-to tool for artists who rely on its interactive responsiveness, scalable architecture, and final-quality interactive render preview capabilities.

Surely you’ve heard of Wavelet Turbulence software. No? Not to worry. Invented, published, and disseminated by these four collaborators, it allows for the fast, art-directable creation of onscreen gas simulation, like the swirling smoke and fiery explosions critical to any action film.

Richard Mall’s invention deserves recognition for its memorable name alone: The Matthews Max Menace Arm is an adjustable device that allows rapid, precise positioning of lighting fixtures, cameras, or accessories. Whether on-set or on-location, film crews count on this nimble, portable structure to help them safely position their equipment no matter what their working conditions.

The Tissue Physically–Based Character Simulation Framework developed by this team allows computer-generated creatures to move with unprecedented realism. The framework is so precise that it can simulate the anatomical structures beneath a character’s skin, so motions are more lifelike and nuanced than ever before.

At Imagineer Systems Ltd., these collaborators masterminded Mocha planar tracking and rotoscoping software. Confused yet? Basically, the software allows visual effects artists to track complicated shots (those with noise or motion blur, for instance). In this sense, they can think like animators as they engineer lifelike, natural movement.

This crack team from Anton/Bauer, Inc. designed and created the CINE VCLX Portable Power System—a high-capacity battery system that allows users to power cameras and other production equipment more efficiently than ever before.

9. Where would cinema be without the complex range of camera lenses available to filmmakers? This year’s ultimate honor went to Cooke Optics Limited for the design, development, and creation of lenses that have helped define the aesthetic of motion pictures for the last century. It’s no surprise that movie-makers around the world still rely on this technology to achieve that unparalleled “Cooke Look”—the gold standard in cinematography.