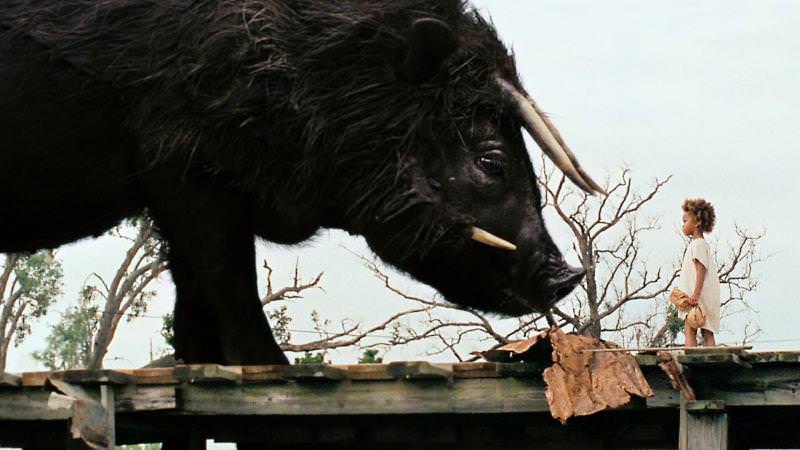 It’s not often you hear an Oscar nominee recount her road to recognition as a rapid one, but that’s just how Lucy Alibar describes it. Turning her one-act play Juicy and Delicious into Beasts of the Southern Wild with co-writer and director Benh Zeitlin, the first-time screenwriter won her film a spot in more than twenty film festivals including Sundance, Berlin, Deauville, and Cannes—the last of which she paid her own way to by selling everything from chocolate peanut butter cookies and homemade gelato to postcards and hugs on Indiegogo.com.

At this Sunday’s Academy Awards, the 30 year-old finds herself in company with Tony Kushner (Lincoln), David O. Russell (Silver Linings Playbook), Chris Terrio (Argo) and David Magee (Life of Pi), making she and Zeitlin the only real rookies in the Adapted Screenplay category. “We’ve all been on the same circuit for a while now. I love all of the other projects and it’s such a supportive, sweet group of people,” she says of her competition.

And while the category isn’t wont for emotional material, Alibar’s work is arguably the most personal: she wrote it in direct response to the stroke that nearly killed her father, a man she has described as “a redneck Atticus Finch.”  Fortunately he survived, but the impact of the incident was undeniable. “I wrote in my diary, ‘I think I’m going to die when my dad dies,’” she remembers. “I was in my twenties, and I’d never realized that my dad was going to die, and that in itself is such a stupid, weird thing to think, because of course he would, because everyone goes through that at some point. But I thought I was so strange and that if anyone knew what I was thinking that they would think I was stupid or would have no idea what I was talking about."

That was until she turned her diary into a script, brought that script to the stage, adapted that play into a screenplay, and came to learn that film festival jurors, Academy voters, and even First Lady Michelle Obama knew exactly what she meant.

We caught the Florida native at a rare moment in her Greenpoint, Brooklyn home, just before she headed to Hollywood for this weekend’s big awards show. 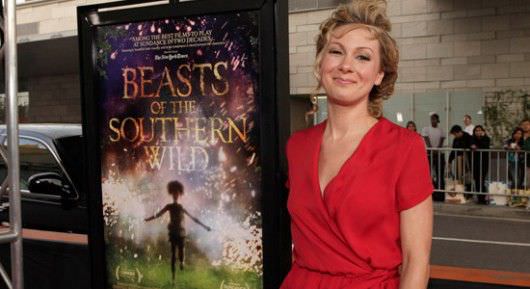 The Credits: Since winning the Grand Jury Prize at Sundance in January 2012, Beasts has been to nearly two dozen film festivals and up for almost every award imaginable, including your own Oscar nomination for Best Adapted Screenplay. Did you ever think you’d spend so much time talking about your dad with complete strangers?

Alibar: No, and when I’m being interviewed, I wonder if I’m ever saying too much. But I’m fine with everything that people now know about me. It’s all positive and I love my dad. We have a great relationship and I’m really proud that people can watch this movie and relate to the characters in it. When people tell me [the father character] is a great person and a great father, that they admire him, that he’s a hero—it makes me feel good, because it makes me feel like they’re talking about my dad. So I love that.

And recently, you were at the White House for a screening of Beasts?

Yes, Michelle Obama hosted a screening and a writing workshop for middle school and high school kids from New Orleans and Washington, DC. [Mrs. Obama] just has this reach of thought and a way of connecting the dots. All of her discussions are about starting real, engaged conversations and about asking what further ones can come. It was a really inspiring way to watch someone be in the world. And for those of us who worked on the film, it gave us a bigger picture of all the great work that we can do, not as filmmakers but as citizens—and I don’t mean that in a lip service way. It really made me think about mindfulness, and about what we, the current working generation, are leaving the next generation of artists.

Does it seem crazy to think this all started as a one-act play just five years ago?

Oh completely. It started almost selfishly. I showed some diary entries that I wrote when my dad got sick to [director and co-writer] Benh Zeitlin. Then I started sharing them with more and more people, and the dialogues that came out started making me realize that the story could be much, much bigger. I guess it made me feel a level a trust with the world that I didn’t have before, because it made me think, “Oh, these things that I feel in my heart that I keep so private aren’t so strange, that this is something we can actually talk about and work on together.” 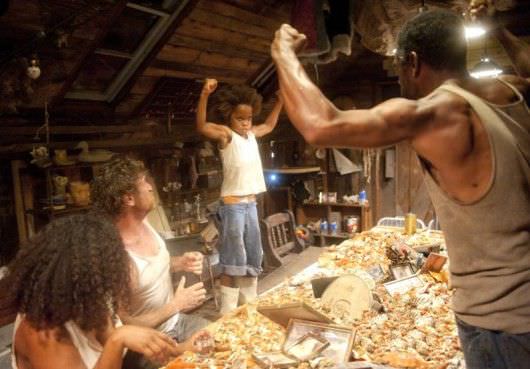 Is it odd to hear critics characterize the relationship between the film’s main characters—six year-old Hushpuppy and her father, Wink—as “unconventional,” considering it’s based on the one you share with your own dad?

The role of father in American culture has changed so much over the last hundred years, in the last twenty years, even in the last ten years, and what’s expected of a man who has children and what he expects of himself is just all over the place. I think that’s a really valuable, multifaceted thing to look at. Fathers and sons are complicated, too, but there’s so much archetype built into that relationship that people still try to live up to. With fathers and daughters especially, there’s no road map.

You were in your twenties at the time of your father’s stroke, but you chose to make Hushpuppy a young girl. Were you worried about finding the right kid to bring the character to life when you were writing?

It didn’t even occur to me how hard that would be. I remember early on, I wrote something about the ice caps cracking, and I asked Benh if I should think about how hard that would actually be to show. He told me to keep writing whatever I wanted. And, well, I’m someone who takes permission very easily.

In your original stage production, Hushpuppy was white; in Beasts, Oscar nominee Quvenzhané Wallis, who is black, plays the same character. What prompted the change?

Which I suppose speaks to just how unimportant race is in the film.

Yeah, and there’s a fairy tale feeling to the movie, so I feel like in that realm, it works. 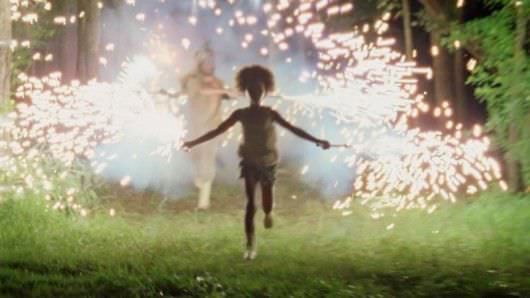 Why does it seem like Southerners have the market cornered on magical realism?

I think there’s a tradition of things outside the laws of the natural world coming into play in Southern stories. You look at Flannery O’Connor and Eudora Welty—even in stories where nothing magical happens, there’s this always a step into the other world. I grew up in a very Pentecostal area of Florida, and you’re very aware of other forces all the time. You’re aware of the devil, you’re aware of God and Jesus being right next to you always. You’re never just a human on a rock with other humans.

You and Benh have been sounding boards for one another since meeting at a playwriting camp in your early teens. Though you came from the Florida Panhandle and he grew up in Queens, what makes you ideal collaborators?

Our love of myth and story. His parents are both folklorists and I grew up in this place where everybody tells myths of some kind. It’s never been romantic, but he’s just always felt like somebody I can talk about any book with, any movie with, any album with, the person I want to talk for hours about all of these things with.

How did the co-writing process work between you two?

Benh and I are on opposite sleep cycles, or at least we were at the time. I wake up at 4am and go to bed at 10pm, and Benh can write till 4am. He would work on his pass until 4am, then he’d email it to me as I was getting up, and I’d do my pass until I had to go to work, which was just when he was ready for it again. It made for a quick turnaround.

How hard was it for you to sort of re-imagine the theater piece as a film?

It was definitely a shift in what I was seeing. When I’m writing a play, I see myself in the back of the theater, watching what’s happening on stage, if that makes sense. On a film, everything and everyone is so much closer up. That’s a very technical way to say it, but it’s a pretty big shift in terms of how you imagine interactions, in terms of what’s passing between these two people and how much can be conveyed in action instead of words. You have to know a lot more about peoples’ dynamics and you have to be much more economical with the words that you use. It becomes a bit of “What else can I do to convey this?”

I read that one of the producers on Beasts sat you down with a bunch of movies to watch while you were thinking about the transition from stage to film. Do any of them stand out?

Oh yeah, I sat for hours watching movies upstairs at Whole Foods. That was the first time I saw Sunset Boulevard. It felt like jumping into water and seeing what was underwater for the first time. It made me realize how holistic movies can be and how storytelling is so much more than words on a page. Learning that you can be part of a team and a partner in a greater collaboration, it’s not just humbling, it’s also empowering.

And, as a writer, what do you presently feel empowered to do—more theater or another film?

Both! I think everybody who wants to write should write plays and movies. What’s the worst that happens? You write a bad first draft? Everybody does. It doesn’t matter, but seeing the difference is an incredible, life changing experience!

Feature image: Quvenzhane Wallis as "Hushpuppy" on the set of BEASTS OF THE SOUTHERN WILD. Photo Courtesy of Fox Searchlight Pictures